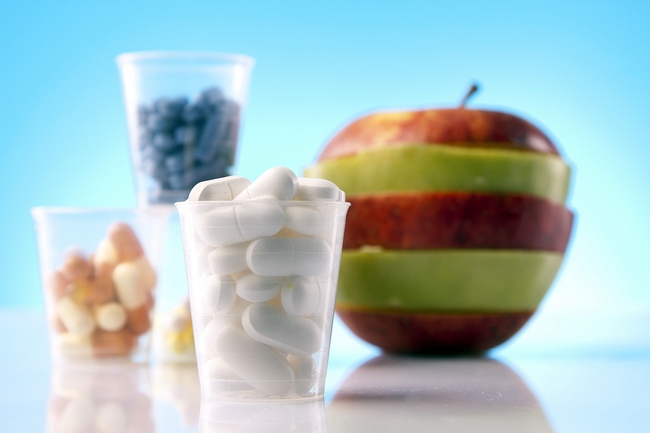 Almost all of the weight loss supplements are simply not worth any amount of money and, sorry to tell you this, aren’t going to cause you to lose the amount of weight you are hoping for. In numerous studies, almost all subjects lost only 4 to 7 pounds, and this was water weight, which quickly returned when subjects stopped taking the pills.

Oh, all that advertising? The pictures of men and women who lost 20, 30, or even 50 pounds taking this miracle supplement? These “testimonials” come from “studies” done on subjects who are paid to go on super low calorie diets and take the supplements so they can advertise their amazing results. Ever read the small print on those pictures? It reads “results not typical”. They should actually read “results manipulated to make you buy this product.” At least that would be true truth in advertising!

The US Federal Trade Commission (FTC) has recently come down on some false advertising of some of these weight loss supplement companies. This has led to the Consumer Protection panel hearing being held in June, to determine exactly what should be done to protect consumers from these types of scams.

It’s interesting to note that the featured testimony at this hearing came from the infamous Dr. Oz, who was positively grilled over his role in promoting some of these weight loss supplements. The FTC states that weeks after a product called “Pure Green Coffee” was promoted on the Dr. Oz television show, this Florida based company began selling their Pure Green Coffee extract at a cost of 50 dollars for a one month supply. It appears that Dr. Oz is guilty of pushing those magic weight loss pills right into your mouth and your money into his wallet.

In fact in one of Dr. Oz’s shows from November of 2012, he was selling a magic pill called Garcinia camboia, with the promise that you didn’t need to exercise or diet. Even more recently, Dr. Oz featured a product that was called “My Rapid Belly Melt 3”. He involved his audience members photographing their stomachs, later these same pictures were photoshopped so they look like people had lost weight as the photos now showed smaller, skinnier versions of these same people.

If you eliminate processed foods and sugar, and replace those foods with healthy fats and whole foods, along with intermittent fasting and high intensity exercise is truly the way to go if you want to normalize your weight. Supplements should be, as their name implies, supplemental to a healthy lifestyle.

Although many people think otherwise, the FDA can and does regulate the diet pill industry. In fact, lately, it has closed down some of the manufacturers of these pills including SlimEasy, Slim Xtreme, Magic Slim, and Super Fat Burning Bomb, among others. Why did they recall these items? It’s not so much that the FDA cares whether they work or not, but because they contained active chemicals that were undeclared on the list of ingredients. One of these was an ingredient called phenolphthalein, which was once used in laxatives but due to concerns over its carcinogenicity, it is no longer approved for sale in the US. Another ingredient is called sibutramine, an appetite suppressant that was withdrawn from the US in October of 2010 due to health problems such as heart attacks, arrhythmia, strokes, and seizures, among other things.

Many of these diet supplements that end up being labeled as hazardous are usually spiked with some other type of pharmaceutical drug or synthetic ingredients. With extremely few exceptions, it’s not herbs or natural vitamins that are shown to be dangerous. To lump vitamins, herbs, and minerals that have been used for hundreds, if not thousands of years, in the same batch as these “diet” pills is both inaccurate as well as unfair.

Weight loss supplements have very little to do with living a healthy lifestyle. It’s good to note, however, that vitamins and other types of natural herbal supplements have a fantastic safety record. They might actually be the safest consumable on the market today! A study that was conducted by the European Union shows that pharmaceutical drugs are more than 62,000 times more likely to kill you than vitamin or mineral supplements.