There are new studies that show that women, who use talcum powder regularly to keep fresh and dry, increase their risk of ovarian cancer by almost 25 per cent.

Although there are no firm statistics as to how many women actually use talcum powder daily for their intimate personal hygiene, but it’s thought that it’s as high as 40 percent.

Researchers warn, however, that particles of talcum can travel inside a woman body, which will allow inflammation and this encourages cancer cells to grow and flourish. Previous studies have shown a link between talc and cancerous tumors. Other studies have shown a possible link with cancer of the uterus but are not conclusive. 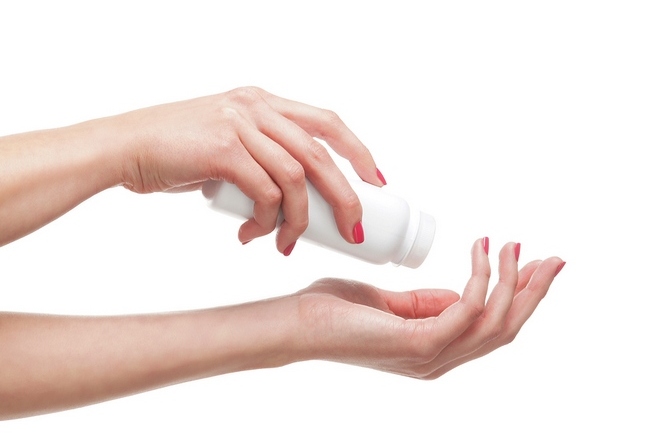 Scientists at Brigham and Women’s Hospital in Boston, Massachusetts, compared the data from eight studies on which to base their studies. These studies involved almost 9,000 women who were diagnosed with ovarian cancer and compared the use of talcum powder with women who did not have cancer. The results of this study was published in the journal Cancer Prevention Research and it showed that women who regularly apply talc powder after showering or bathing, raised their risk of developing an ovarian tumor by as much as 24 percent.

SEE ALSO: Avoid These 17 Chemicals to Lower your Risk of Breast Cancer

Ovarian cancer accounts for about 5 percent of cancer deaths for women. Many people call ovarian cancer the “silent killer” because, for many victims, symptoms only appear after the cancer has significantly advanced. Although there are more major risk factors such as family history, previously having breast cancer, and starting menstrual cycle at an early age. Studies show that the risks are greatest for Caucasian women with an estimate that one in ten will develop this type of cancer. Also, women who have a gene labeled GSTM1 but lacking another gene called GSTT1, are almost three times as likely to develop ovarian cancer or tumors.

Talcum powder is made from a mineral that is quite soft, as far as minerals go, (called hydrous magnesium silicate) that is found in almost every corner of the world. This mineral is processed through drying and then run through a mill to make a powder that is used in cosmetics and cosmetic products by millions of people every day.

Some experts state that this mineral shares many similarities to the dangerous mineral known as asbestos, which is known to cause a deadly form of lung cancer when inhaled. With talc, tiny particles have been discovered to travel through the genitals and have been found deep within the pelvis. They can also last inside the body for many years. For example, it’s been suggested that just one particle of talc inside the lungs would take as much as 8 years to dissolve. The very first evidence of a link between talcum powder and cancer goes back as far as 1971. Another study, back in 1982, showed that 92 percent of women, who stated that they used talc in the genital area, had an increased risk of ovarian cancer. Find out how to use lemon instead of beauty products.

Some doctors disagree with these studies because of a medical technique called pleurodesis. In this technique, doctors will apply talc that has been sterilized directly to the lining of the lungs in order to promote breathing in patients that have lung cancer. They state that this procedure is proof that the direct application to talc to the body doesn’t cause cancer. Others will refute this saying that average people aren’t using sterile talc, such as the kind doctor’s use, not to mention, it’s difficult to judge if something causes cancer when the patient it is being used on already has cancer.

It is true that before 1970, talcum powder contained asbestos fibers, which are well known carcinogens. However, after 1970, all consumer products that contain talcum powder are legally bound to be free of asbestos. Read more about how to make your home a cance free zone.

Although some doctors will disagree, most of the studies show that there is a link between using talcum powder in the genital area and ovarian cancer, so you would be wise to take your precautions. You should note that this only applies to powder applied to the genitals, not to the rest of the body.

Related Posts
be awarecancerwomen's health
Help Us Spread The Word!
Like Us On Facebook To Stay Updated!
I'm already a Naturalon fan, don't show this box again.