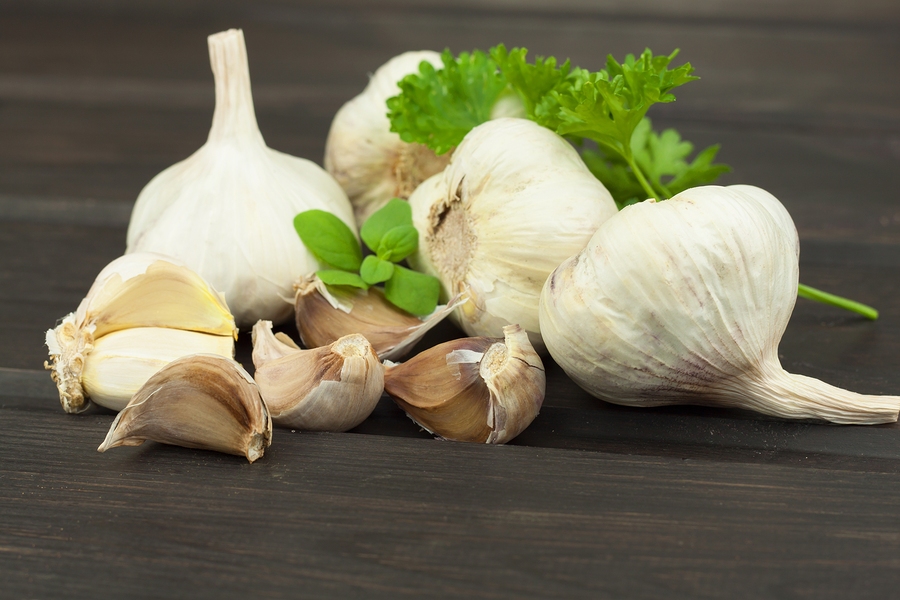 Throughout history and all over the globe, garlic has been and remains one of the most popular foods in the world. But isn’t just the distinct taste of garlic that has led to its ubiquity. Garlic is one of those foods that can offer benefits for wide variety of health problems. New research shows it can even protect from serious forms of cancer, including those occurring in the lungs, bowels, and more. In this article, you’ll learn the science behind these claims and how you can put this amazing vegetable to work for you.

Garlic belongs to a family of plants know as “allium” vegetables. In addition to garlic, these include onions, shallots, and leeks.

Garlic is known for having many health benefits. It has been shown to decrease the risk of cardiovascular disease by lowering high blood pressure — studies showed it was even more effective than conventional blood pressure medications like atenolol! Garlic also helps boost the immune system, detoxify the body of heavy metal compounds like mercury, and its antioxidant properties help protect the brain against the onset of dementia.

It seems the magic ingredient in garlic is a chemical called allicin. This sulfurous compound is the source of most of the health benefits attributed to garlic, and it is also the cause of garlic’s district and powerful odor. Allicin also may be the key ingredient that contributes to garlic’s cancer-fighting properties.

How does garlic defend against cancer?

There are a multitude of studies showing that garlic protects against many different forms of cancer. The National Cancer Institute claims that seven different studies show a significantly lowered risk of cancer among populations that consume garlic regularly. These particular population studies focused on colorectal and stomach cancer.

Studies in the United States and France showed similar results. In a study published in the European Journal of Epidemiology, French researchers found that participants who ate garlic had a reduced risk of breast cancer that was deemed “statistically significant.” The study in the United States found a 54 percent lower level of pancreatic cancer among populations that consumed garlic regularly. 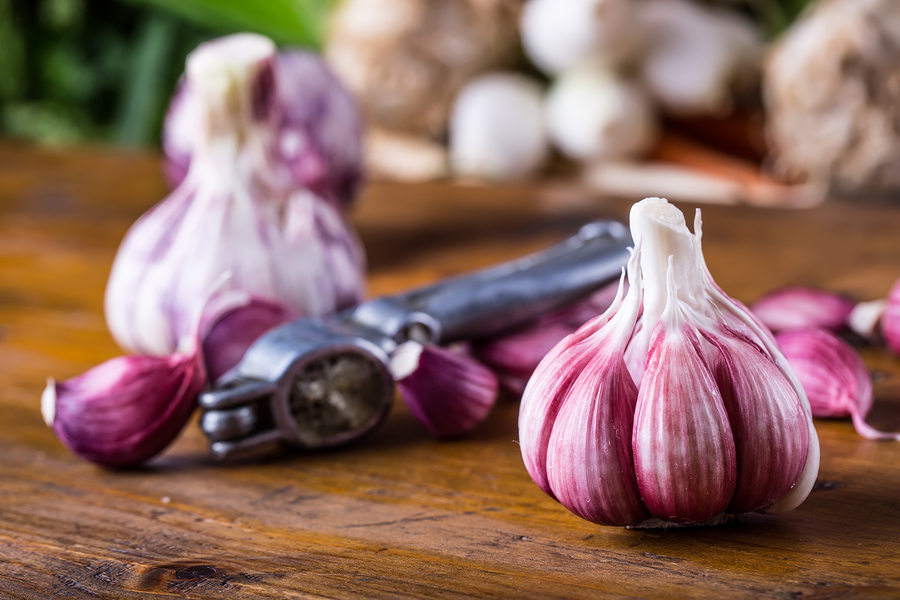 But what about clinical studies? Do these produce similar findings?

Indeed, they do: A study on more than 6,000 participants conducted at the Jiangsu Provincial Centre for Disease Control and Prevention in Beijing, China, found strong evidence that garlic consumption can reduce the likelihood of lung cancer. The researchers found that adults who ate garlic twice a week or more had a 44 percent lower chance of developing lung cancer versus those who ate less. Garlic seems to have a protective effect against carcinogens, which is certainly welcome news to the millions living in the heavily polluted cities of Asia, like the one where this study took place.

According to the American Cancer Society, studies on both humans and animals show a link between eating garlic and slowed cancerous tumor growth in the colon, bladder, stomach, and prostate. A clinical study in Australia also found that garlic consumption appears to protect against bowel cancers as well. Furthermore, according to the American Institute for Cancer Research, compounds found in garlic can actually fight cancer cells. “In laboratory studies, garlic has killed leukemia cells, and in animal studies, garlic has killed cancer cells in the lungs, breasts, stomach, esophagus and colon,” according to the article published on livestrong.com

Does this mean garlic cures cancer?

It would be a stretch to make that claim. More research needs to be done on the ability of compounds in garlic to kill cancer cells. What it does appear to do — that is not up for debate — is significantly lower one’s risk of developing cancer in the first place.

Garlic is one of those so-called “superfoods,” and when it is consumed regularly of the course of one’s life, it can prevent the onset of many different diseases, including cancer. It is not a coincidence that Mediterranean cuisines, which are rich in garlic, are associated with lower levels of serious diseases.

Making garlic a regular part of your diet is one of the smartest moves you can make. Between its proven health benefits and strong evidence initiating cancer-preventative properties, it’s just a no-brainer.