Can Your Diet Affect Your Thyroid Health? 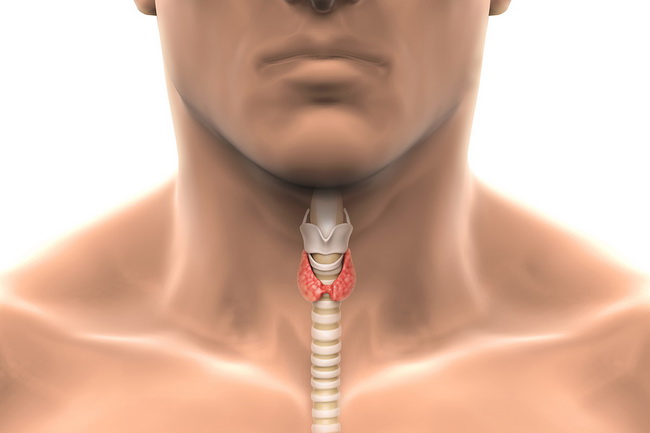 Many people know someone with a condition called “hypothyroidism,” which contributes to weight gain, and loss of energy among many other symptoms. But how many people could, when asked, explain what their thyroid is? Not many, and that should be cause for concern. The thyroid, as you’ll learn in this article, is one of the most important glands in the body, and your diet can play a significant role in whether or not it remains healthy, and not for the reasons you may have heard. Keep reading!

The thyroid is a large gland located at the base of the neck, right under the “Adam’s apple.” The purpose of the thyroid gland is to regulate vital functions of the body, including metabolism, body temperature, breathing, heart rates, cholesterol levels, the central and peripheral nervous systems, and much more. Needless to say, it is arguably the single most important gland in the body. The thyroid gland is a key part of the endocrine system, which produces and releases hormones to different parts of the body. One very important part of grasping how the thyroid gland works is understanding its relationship to the element iodine. The human body cannot synthesize iodine — it can only be obtained through food. The thyroid gland combines iodine from your diet with an amino acid called tyrosine, converting it into hormones, the most important of which are triiodothyronine (T3) and thyroxine (T4). T3 and T4 are then transported to every cell in the body to help produce energy. Because every cell in the body uses thyroid hormones, if something goes wrong the thyroid itself or the hormones it produces, it can produce a wide variety of symptoms.

The two most common illness related to the thyroid are hyperthyroidism and hypothyroidism. A layman who is simply observing symptoms can sometimes find it confusing to tell what is going on without a doctor’s opinion, since the symptoms for these two opposite conditions can overlap. Hyperthyroidism, also called Grave’s Disease, is caused when the levels of the previously mentioned T3 and T4 hormones get too high. Symptoms of hyperthyroidism include:

Conversely, hypothyroidism occurs when the body’s levels of T3 and T4 get too low. Symptoms for this condition include the following: 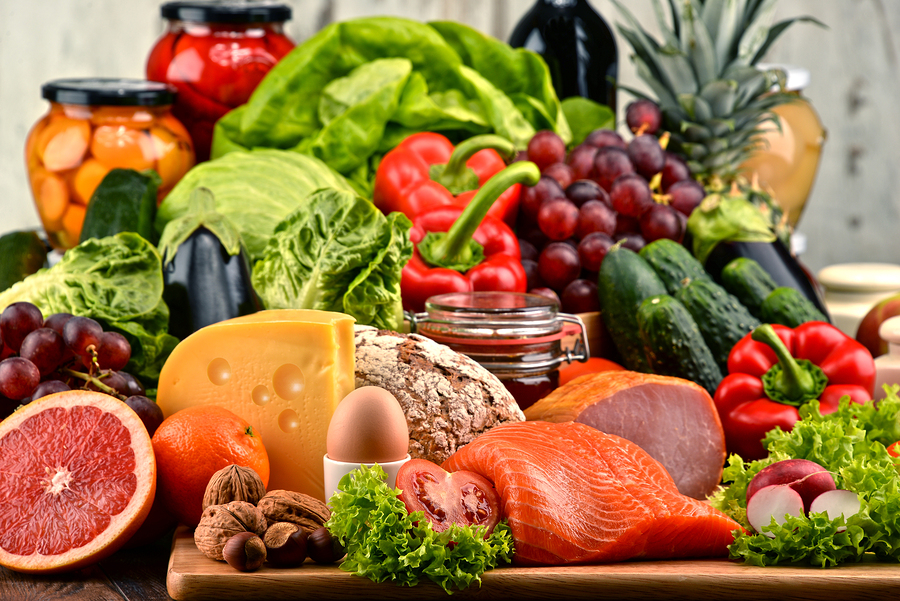 The Role the Diet Plays in Thyroid Health

As mentioned above, the only way to get iodine is through your diet. So eating iodine-rich foods can play a role in helping get your body’s thyroid health back on track. Depending on what your specific condition is, you may need to increase or decrease your intake of certain foods. Talk to your doctor about what the proper course of action is for you before making any dietary changes. It is important to understand that these are just general guidelines.

The basic idea here is that you want to eat foods with more iodine and/or tyrosine. Fish, eggs, milk, yogurt from grass-fed cows, almonds, bananas, avocados, pumpkin seeds, and poultry (preferably organic) are good choices. When it comes to vegetables, people with hypothyroidism can feel confused. Everyone knows that vegetables, particularly cruciferous (leafy green) varieties, are among the healthiest foods you can eat. But for decades, people suffering from hypothyroidism have been told to avoid them due to concerns that they can make hypothyroidism worse. This was because cruciferous veggies were thought to inhibit the thyroid gland’s ability to absorb iodine and produced a goiter, or swelling at the base of the throat. However, newer research has shown there is little evidence to back this up, and that rather than being harmful, cruciferous vegetables can actually help dysfunctional thyroids and even prevent thyroid cancer.

For people with the opposite condition, one should try to avoid certain foods that can exacerbate the condition. While it is not possible to actually cure the condition with diet alone, making some dietary adjustments can help reduce symptoms. The thyroid system is complicated and it is not simply a matter of not eating everything on the hypothyroidism list. This is a serious condition, and diet changes should be catered to the individual. The following are general guidelines which have been shown to be beneficial to those with hyperthyroidism. Reduce your intake of refined grains like breads and pastas. These foods have a high glycemic load which can cause your blood sugar levels to shoot up and then drop down rapidly, leading to energy spikes followed by inevitable crash. It also contributes to moodiness and irritability that are common among people with this condition. Also, try to avoid sugary candies and desert food, and reduce your use of caffeine and alcohol. Finally, hydrogenated vegetable oil is horrible in general, but those with hyperthyroidism should be especially wary of it. (Healthy oils like extra virgin olive oil on the other hand, are encouraged).

Diet plays a big role in thyroid health. If you suspect you have a thyroid condition, talk to your doctor about your symptoms and your current diet to help pick the correct course of action.

Related Posts
diethealth benefitshow to
Help Us Spread The Word!
Like Us On Facebook To Stay Updated!
I'm already a Naturalon fan, don't show this box again.