Chaga Tea: It’s Good for What Ails You

You might have heard a lot of people talking about chaga tea and the great benefits it has brought to their lives. Perhaps you have heard of chaga tea before, or you might not have. Chaga tea seems to be a subject either frequently talked about or rarely talked about, depending on your friends and social circles. Chaga mushrooms and the tea that is made from these powerfully medicinal mushrooms are very popular in Europe and Russia, but it is little known in much of the West.

Whether you have heard about it or not, there are plenty of things you should know about this fascinating and healthy type of mushroom tea and why you should be drinking more of it.

To begin with, chaga mushrooms are a very different type of mushrooms. They aren’t your normal umbrella type mushrooms. Chaga looks an awful lot like burnt charcoal! They have a woody type of feel rather than soft like most mushrooms. Some people do mistake them for charcoal and use them to start fires! Chaga is called a mushroom, but it’s actually a parasitic fungus that grows on the bark of birch and beech trees. Sometimes it’s called “tree cancer” because, over time, it does kill the tree, but this strange growth has fascinated people for ages.

The name actually comes from the Komi-Permyak language of Russia, where it is sometimes referred to as ‘tinder fungus.’

Chaga mushrooms grow in the colder climates of northern and eastern Europe, Russia, Canada, and the United States. These mushrooms have been used for centuries by indigenous peoples for their health benefits.

Although there have been no known clinical trials to test the effectiveness of these mushrooms on cancerous tumors, but many of the compounds found in these mushrooms contain compounds that are known to fight and destroy cancer cells. One of the compounds in this mushroom that is thought to have the most significant anti-cancer capabilities is called lanostanoids. This compound and how it works is not fully understood but it appears to prevent cancer cells from replicating itself and by causing premature cancer cell death. 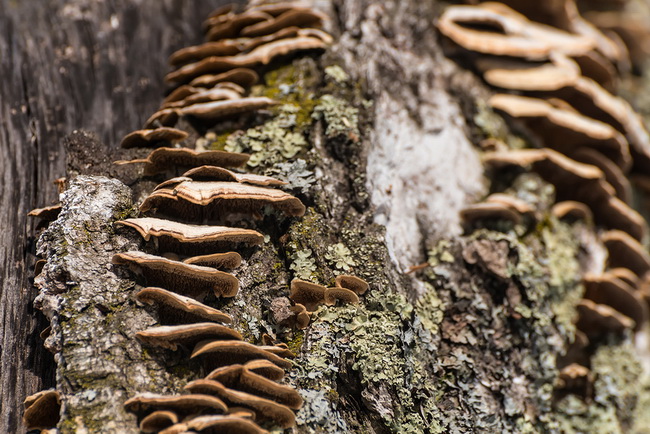 Traditionally, these mushrooms have been used for treating skin problems, tuberculosis, and disorders with the lymph system. Since chaga mushrooms contain betulin, science confirms that these mushrooms would be most effective in this area.

Drinking chaga tea can only improve your health as it is loaded with healthy vitamins and minerals including:

In addition to these benefits, drinking chaga tea can also help stop infections, fungus overgrowth, and even kill internal parasites, due to its anti-virus, anti-microbial, anti-inflammatory, and anti-fungal compounds.

One of the most powerful effects chaga mushrooms seems to be its effectiveness in fighting psoriasis. One study done in Russia showed that when subjects with psoriasis drank chaga tea daily, their condition cleared up without any further need for medication. Psoriasis is difficult, and sometimes impossible, to treat successfully, this one effect could benefit the lives of thousands of people affected with this painful skin condition. Read more about proriasis and its treatment.

Science shows that chaga is an effective anti-allergy agent. In tests done with animals, chaga mushrooms stopped anaphylactic shock, which kills thousands of people every year.

Chaga tea is well known for giving the immune system a super boost. One study showed that giving patients an extract of chaga mushroom reduced the frequency of outbreaks for those with the Herpes Simplex virus. Chaga can also help to soothe the digestive system. This is an awful lot of benefits from one little black mushroom!

SEE ALSO: Avoid and Remove Cancer This Year and Every Year Afterwards

Chaga tea can have a bitter taste but that is easily remedied with a little raw honey and organic lemon juice.

Unfortunately, the interest in the medicinal compounds of this strange looking fungus has led to overharvesting of wild specimens. So when you buy chaga tea, be certain that you are buying organically farm grown versions and not the wild version. This is much more ecologically friendly alternative that carries the same health benefits.