Could You be Eating Radioactive Tuna? 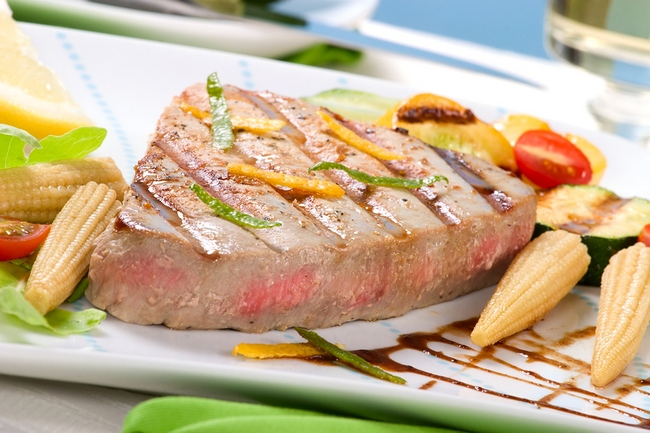 Just when you thought it was safe to eat fish from ocean waters.

The sad fact is that all seafood which originates from the Pacific Ocean is now so toxic that no one should be eating it. Especially tuna fish.

The nuclear disaster that happened at Fukushima is of such epic proportion, that it has successfully managed to poison the waters of the Pacific Ocean and infect every single fish, shrimp, crab, mussel, oyster, and lobster with radiation.

If you thought the Fukushima disaster was a done deal and back under control, think again. It is still completely out of control and is still dumping somewhere in the area of 300 to 450 tons of contaminated water, water that is loaded with strontium-89, 90, cesium, and radioactive iodine, into the Pacific Ocean every single day.

How bad is the fallout from Fukushima? Japanese experts say that it might be as high as 20 to 30 times as high as the Nagasaki and Hiroshima nuclear bombs. If you haven’t heard about this and that’s why you thought the problem had been fixed, don’t feel bad, you are not alone. This problem is being ignored by the mainstream media and you would have to dig deeply to find it.

Nearly four years after a powerful earthquake and tsunami rocked the Japanese Fukushima nuclear power plant, the effects of this disaster are now being felt on the opposite side of the world. The latest news says that hundreds of those storage tanks which were filled with radioactive liquid waste are leaking now and this water is flowing into the surrounding soil. Radioactive tritium levels at the seaport of Daiichi are slowly, but steadily, increasing.

A report issued by scientists at Sanford University’s Hopkins Marine Station has found that Bluefin tuna that is being caught off the California coast has tested positive for radiation that comes from Fukushima. Read also if huge radiation cloud could reach Americas West Coast by 2017.

Related Posts
be awarefoodsside effects
Help Us Spread The Word!
Like Us On Facebook To Stay Updated!
I'm already a Naturalon fan, don't show this box again.