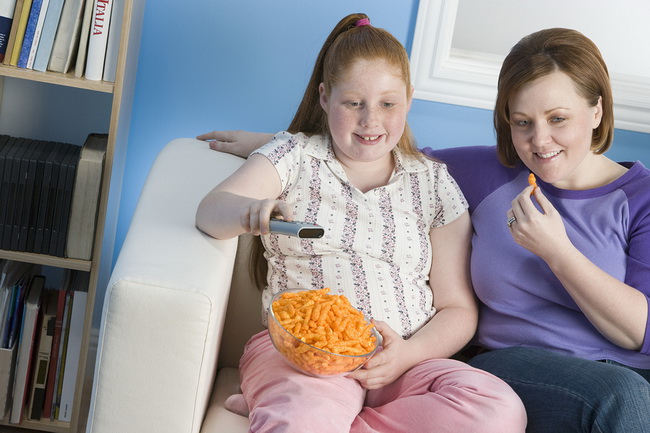 How many times per week to you find yourself hitting up the drive through at your local fast food place because you feel you are simply too busy for shopping and cooking? You aren’t alone. It is not uncommon to drive by those big double golden arches and see the drive through lined up with cars, many of those cars filled with children.

You should know that several studies have found a link between eating at fast food restaurants and a decline in test scores among children that are in grade school. The chemicals and fat in junk food actually change the body, resulting in lower test scores in math, science, and reading. This study, performed at Ohio State University, goes far beyond the typical belief that the only real danger of eating fast food is obesity.

Of course there is plenty of evidence that a diet high in junk foods and fast foods often leads to childhood obesity, but this type of diet can lead to how well children do in school. Read also how Western diet makes us tupid.

This study involved more than 11,000 students who stated that their consumption of fast food was quite high. These students were tested in science, math, reading and literacy. They answered lengthy questioners about their eating habits and types of food they regularly consumed.

About two-thirds of the subjects in this study stated that they ate fast food on occasion, but about 20 percent consumed a minimum of 4 fast food meals each week. This study, which was published in the journal Clinical Pediatrics, showed that when 5th graders consumed fast food, they found lower levels of academic achievements in all 3 subjects by the 8th grade, even when taking into account physical acitiity, television habits, and socioeconomics.

Although it’s true that this study definitely shows the impact that fast food has on children’s test scores, it doesn’t explain exactly what it is in fast foods that leads to these lower scores. Some studies suggest that it’s the lack of any real nutrition that is the problem.  Without important memory supporting nutrition, such as iron, a diet high in fast food leaves the brain high and dry. These same studies also suggest that fast food diets, loaded with sugar and tons of trans-fat, hurt not only memory but can lead to  learning abilities. Even the CDC states that iron is vital to a child’s diet. Children with a lowered immune function, slow social development, cognitive abilities, and complaints about fatigue, are all typical signs of iron deficiency. 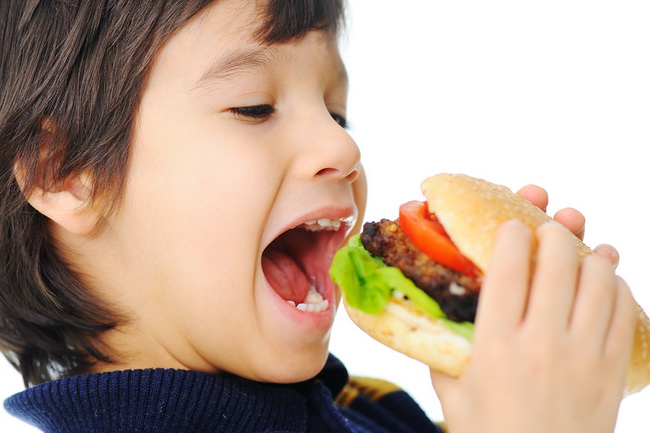 Another study, conducted at the University of London, came to the same conclusion. In this study, more than 4,000 children from Scotland, between the ages of 3 and 5 were looked at to determine if there were any differences between children who consumed fast food and those that were cooked homemade meals from scratch using fresh ingredients. Scientists found that the more fast food children ate, the lower their test scores were, even after adjusting for income or social status. Researchers came to the conclusion of this study that diet can have long lasting effects on the IQs of children.

Still another study, this time out of Australia, that was performed in 2012, showed that toddlers who ate high quantities of junk foods and fast foods had much low IQ scores than those who did not eat these foods. This study, done at the University of Adelaide, studied the eating habits of 7,000 children. Their habits examined at 6 months, 15 months, and 2 years of age. These same children were examined again at 8 years of age and it was found that those who ate the largest quantities of junk foods had IQs 2 points lower than those who ate more wholesome, natural diets.

For good brain function and growth, the body needs a healthy source of iron. You can get these from a diet that is mainly plant based. Nuts, seeds, and beans, such as pumpkin seeds, lentils, and white beans are also good sources of iron.

It is true that in today’s modern life, parents are busier than ever before. However, providing your children with proper nutrition is just as important as any after school sport, or stint of overtime. With a little planning, you can cook healthy, iron-rich meals for your family.

SEE ALSO: Top Reasons You Should Be Eating More Oatmeal

Also, as children get older, they become more independent and begin to buy their own food at school or at local stores. So although it might be impossible to keep your child from eating any junk or fast food, you can greatly cut down on their consumption by cooking most meals at home and not bringing junk food, such as potato chips, candy, sugary cereals, and cookies. Keep containers of healthy snacks such as nuts, seeds, and whole grain crackers in cabinets where kids can easily reach them. Encourage your children to eat fresh fruit as “dessert” rather than snack cakes or cookies. If your children reject these foods and ask for junk or fast food, they aren’t really hungry.