Absolute proof that even a little exercise is better than no exercise; a new study shows that running just 5 minutes daily reduced the risk of premature death by as much as 30 percent and extended their lives by 3 years.

Researchers looked into the exercise habits of more than 55 thousand adults in Texas who were monitored for between 6 to 22 years. About one quarter of the adults described themselves as people who ran very regularly.

Compared to people who don’t run those who did were 30 percent less likely to die, from any cause, during the course of this study. Also, they were 45 percent less likely to die from heart disease. These figures took into account the subjects smoking and drinking habits, their age when they started the study, family history, as well as their exercise habits. The results were published this month in the Journal of the American College of Cardiology. 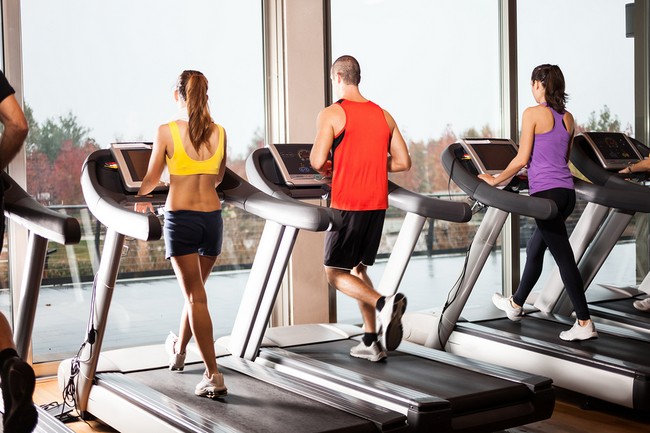 In essence, this study says that non-runners were 24 percent more likely to die than runners were, at least during this study period. In fact, the mortality rate for not running was actually higher than the risks from being overweight, having high cholesterol levels, or having a family history of heart disease.

It’s interesting to note that the benefits from running were about the same for all groups, no matter how much time was spent running. Even running for just 5 minutes per day, or running at slower speeds still gave the subjects significantly  longer lifespans. Read also about 15 reasons to run.

Researchers also tried measuring the running by other possible means such as by frequency per week, overall speed, total weekly distance, and total amount of running (this was done by multiplying duration and speed). Even the runners in the lowest groups were found to have a much smaller chance of dying during the study than those who didn’t run.

For many people, lack of time is the most common reason given as to why they don’t exercise. This study should prove that even small amount of exercise can add up to a longer life. Even for those who can’t find 15 or 20 minutes per day to exercise can surely find 5 minutes.

SEE ALSO: 7 Things You Aren’t Paying Attention to When You Run

The researchers believe that if all the subjects who didn’t run had decided to start running, that perhaps as much as 16 percent of the 3,413 deaths that happened during the study period could have been avoided. This means that had the subjects ran for 5 minutes per day, 546 lives could have been saved.

This means that actually, for every minute of exercise you add 7 minutes to your life. If you are one of those that find that the governments’ guideline of getting 150 minutes of exercise every week just too much for your schedule, then this report is great news. If you can’t do that magic 150 minutes, it’s OK. Just do 5 minutes a day, or 10 minutes, anything that you can manage is better than sitting on your butt watching those funny cat videos on YouTube.

It wasn’t clear if the findings of this study could apply to nations overall. Most of the adults in this study were middle or upper middle class whites with college educations. In an editorial that was also published with the study, researchers from Taiwan urged all doctors to use the information from this study to encourage their patients to exercise, even if it’s just for a few minutes every day.

Three of the editorial’s 4 writers had worked on a Lancet study in2011. That study found that even just 15 minutes of walking per day could extend a person’s lifespan. Both the 2011 study and this new study should be considered good news for those who feel they have little time to exercise.

In their editorial, the researchers wrote that they believed exercise was a miracle drug of sorts. That the list of diseases that simple exercise could delay, prevent, modify the progression of, or improve the outcome of, is longer list than anyone could imagine.

This study was partially funded by the National Institute of Health as well as Coca Cola, both of whom have emphasized the importance of physical activity to avoid the nation’s obesity crisis.