On Thursday, August 7th, Tom Frieden, the top spokesperson for the US Center for Disease Control and Prevention, made a statement to the House Subcommittee stating the spread of the Ebola virus within the USA was “inevitable.” He also stated that he did not believe that there would be a large outbreak. So, does this mean there will be small ones?

Yahoo News reported that Ken Isaacs, vice president at the Christian aide group Samaritan’s Purse, stated that “the world is woefully ill-equipped to handle the spread of Ebola.” He also told the hearing the international response to this pandemic has been an overall failure and that the virus is completely uncontained and out of control in West Africa. 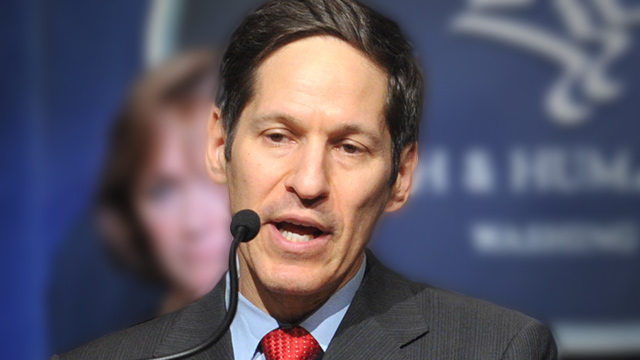 “If your read the Ministry of Health status reports coming out of Liberia every day, I don’t mean to be dramatic, but it has an atmosphere of ‘Apocalypse Now’ in it,” Isaacs said.

You can almost guarantee that the spread of this deadly virus to the US will more than likely happen via international air travel. As of today, the outbreak of Ebola is that largest ever in recorded history. Is the CDC perhaps trying to prepare America for an announcement, maybe within the next few days, that the deadly Ebola virus has now been found in patients in the continental USA?

CBS news is stating that “The Centers for Disease Control and Prevention has issued its highest alert activation over the Ebola outbreak.” They also reported that “CDC Director Dr. Tom Frieden announced on Twitter Wednesday that their operations center has moved to a Level 1 response.”

Unfortunately, America is not even close to being prepared for an outbreak of Ebola.

Should even one case of Ebola make an appearance on the streets of America, a massive panic is sure to follow. Of course in the beginning we will provide the best care possible for the first few people who are infected, however, imagine if thousands or even millions of people become infected, what then? Our hospitals and health care system can barely handle the people they are serving now; even a flu outbreak overloads the system. Can you imagine what will happen if we encounter a massive wave of Ebola patients? There is no cure for this virus, either.

Any outbreak in the USA will be guaranteed to start a panic.

No one in America is prepared for an outbreak of this deadly virus. Not the government, the people, the hospitals, doctors, or even grocery stores.

All it will take is a small, local outbreak of this virus to trigger a mandatory lock down of people in their homes, or even a quarantine of their neighborhood or city. The government has a term for this, it’s called “shelter in place,” and it was used, at gunpoint, during the bombing at the Boston Marathon.

This sounds good in practice, quarantine to avoid spreading the infection, but the real problem will lie with those who aren’t in the quarantine area. The moment the word gets out that Ebola has landed in America; people will fly into a frenzied panic buying everything from gasoline, water, canned foods, ammunition, guns, face masks, diapers, hand sanitizers, even toilet paper. Think of the “zombie apocalypse” and you will understand what we’re getting at.

For example, an announcement that in Toledo, Ohio, the water supply had been poisoned due to agricultural chemical runoff caused the immediate wipeout of all water supplies from store shelves for miles. Another example being Hawaii. Due to recent weather warning about pending hurricanes and tropical storms, almost all stores have been cleaned out of batteries, bottled water, and canned food, in anticipation of the upcoming bad weather.

Hurricanes and tropical storms pass fairly quickly, but Ebola is a virus that keeps on giving, as well as lingering, for a very long time to come. Most Americans have only about 3 days of food and water in their homes. What will happen after 5 days? Or 7 days? Or 30 days? Unfortunately, even the most resourceful people could not survive more than a week, possibly two, without needing some supplies. Imagine 911 centers being flooded with calls for food or water after about 5 days of a mandatory lockdown.

Also, a mandatory lockdown would make the local economy come to a complete stop. No one could leave their homes to go to work, or to buy things, and this means no money exchanging hands. You also have to start wondering, who is going to run our water treatment plants, power plants, trash removal, and fire and police departments. Anyone who imagines that the already underpaid and underappreciated cops are going to help stop looting during an Ebola outbreak has another thing coming.

This virus has the potential to cause America an economic destruction most of us cannot even imagine. This is why many governments are preserving and storing this virus as a bioweapon. If you read some of the stories on social media websites, some people seem convinced that this pandemic was deliberately “let loose” in West Africa as a trial run of sorts. This is mere speculation as of right now but it does make one wonder.

So what can you do to help to prepare yourself, and your family, for the spread of Ebola that the CDC now says is inevitable? Take a look at a few of the tips we feel everyone should follow:

If you truly want to protect yourself from Ebola, it’s going to be entirely up to you. No government official or public health department is going to help you or tell you the truth. In order to survive this pandemic, you will need several weeks’ worth of food and water. Be sure you have some cash on hand, flashlights, crank powered radios, batteries, and anything else that you might need should your neighborhood be quarantined.

Don’t wait until the government makes an official announcement about a pandemic in America. It will be too late to buy supplies then. If you are lining up to buy food or water, you are already way too late.