Liberia Closes Borders Due to Ebola

Liberia, a country in West Africa that has been hit by the deadly Ebola virus, has sealed off its borders in an attempt to stop the spread of this disease after discovering that, despite its attempts to control Ebola, it has spread to two of its largest cities. AFP (Agence France Presse) is reporting that both Freetown, the capital city of Sierra Leon, as well as Lagos in Nigeria, have reported that they have new cases of Ebola. Liberian President Ellen Johnson Sirleaf took immediate action to protect the people of her country by shutting down its borders.

There are more than 1,200 confirmed cases of Ebola, which, to date, has killed at least 900 people. Many officials are now worried that this situation has spiraled out of their control. Ebola is now being detected in some of West Africa’s major cities. Ebola began, and was thought to be confined, to rural areas, but its spread has now reached a scale that has never before been seen in the history of the world. 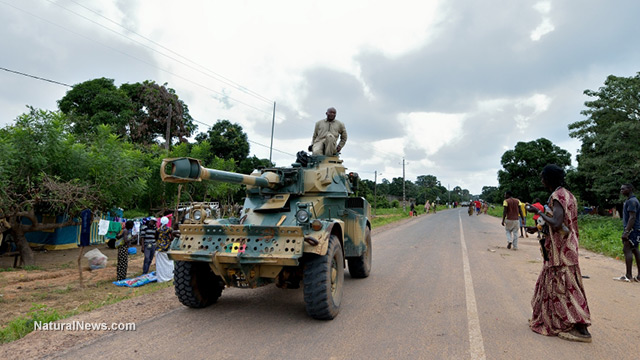 President Sirleaf announced in a recent statement that, “All borders of Liberia will be closed with the exception of major entry points. At these entry points, preventive and testing centers will be established. A new travel policy by the Liberia Airport Authority covering inspection and testing of all outgoing and incoming passengers will be strictly observed.”

Previously, Ebola outbreaks could be contained by emergency workers because it was easy to quarantine remote villages for several weeks to stop its spread. However, Ebola has now been found in major urban cities throughout Africa, and possibly even the entire world. Authorities are just beginning to realize that they are going to have to deal with a completely different animal this time around.

Reports state that the Liberian government has just put a ban on all public gatherings, barred demonstrations of any kind, social events, and all other types of social engagements for an indefinite period of time. The military has also been deployed in many areas in an attempt to keep tight quarantines intact as well as prevent any social unrest or riots, as many citizens are beginning to panic over what is the most serious Ebola outbreak ever.

Locals have begun to lash out against centers that conduct testing, claiming that they are spreading the disease. Many experts are confused by these and other containment measures, which they claim are ineffective at stopping the outbreak. Martial law, at best, gives the impression that things are under control and are being handled in an appropriate manner, they help to prevent civil unrest, and public panic, but at the same time, they often give the public a false sense of security.

David Heymann, a professor of infectious disease at the London School of Hygiene and Tropical Medicine, stated that “Border controls alone give a false sense of security. You cannot keep Ebola out using only that because people can still get to place where there aren’t controls.” His statements were reported by The Guardian.

Perhaps the best defense is for people to understand how this virus is spread, and how to stop it from spreading. If only we could get the truth out of government and health care officials as to how this virus is spread! They feel they are protecting us from panic by keeping us in the dark, but isn’t it much worse to allow the disease to spread due to ignorance?

CBS News reports that a doctor working in one of Liberia’s largest hospitals has died recently from the Ebola virus. There have been several American aid workers, as well as health officials in both Nigeria and Saudi Arabia that have contracted this virus as well. As of this writing, according to CNN, the death count stands at 932 people.