Email
Home   >   Health Infographics   >   What Is Essiac Tea And What Can It Do For Your Health? Infographic

What Is Essiac Tea And What Can It Do For Your Health? Infographic

Essiac tea is a kind of herbal tea which originated in traditional Native American culture. Later it has been rediscovered by a Canadian cancer nurse Rene Caisse. Since than, it has gained popularity as a natural treatment for a range of diseases, including gastrointestinal disorders, diabetes, and even cancer.

Essiac tea, or tonic, is believed to empower the body to effectively remove toxins and revitalize itself from within. The recipe for this miraculous drink is made of four main ingredients: burdock root, slippery elm, sheep sorrel, and Indian (or Turkey) rhubarb root.

Look at the infographic featured below to learn more! 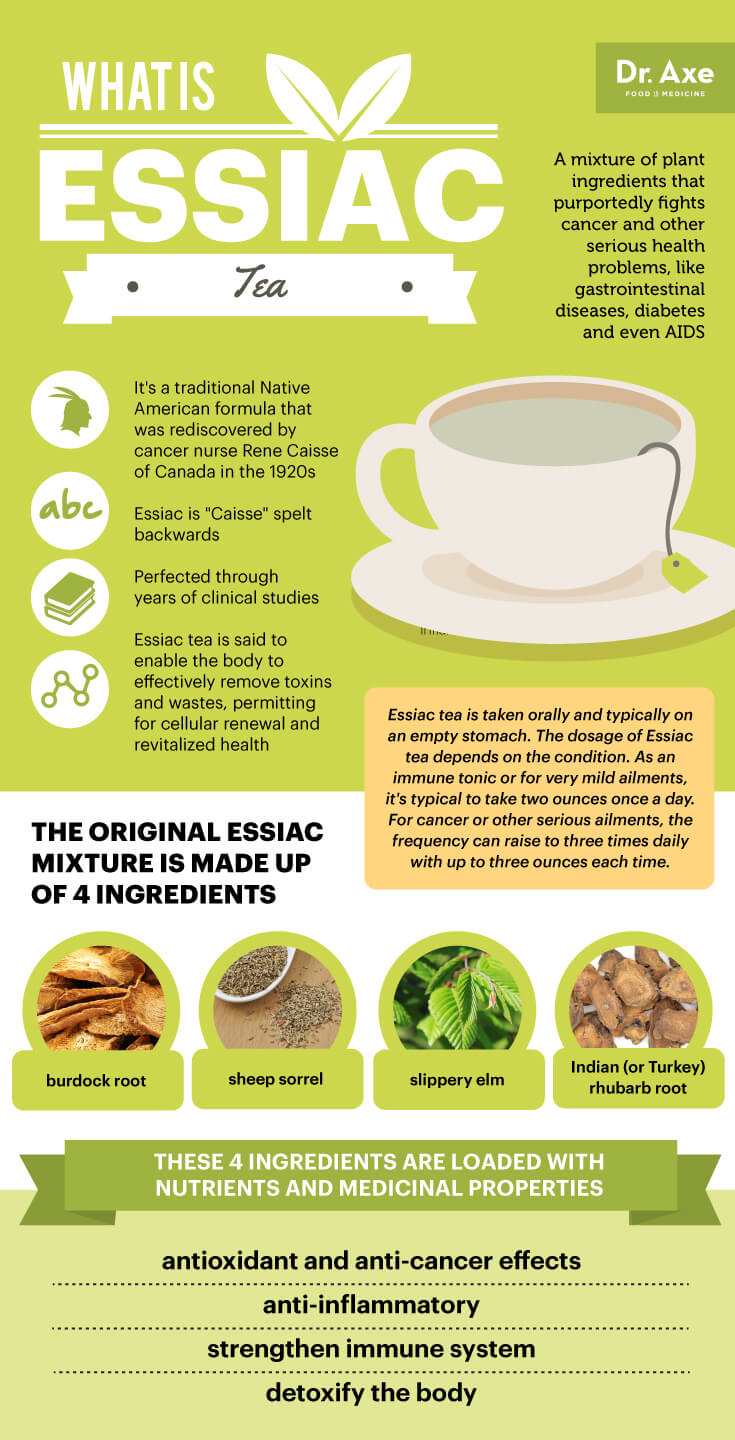 Credit: What Is Essiac Tea by Dr. Axe