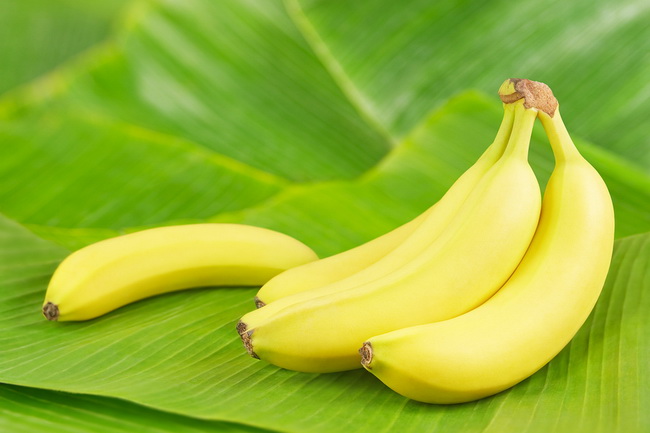 Yep, they’ve gone and done it again. GMO bananas this time with artificially high levels of vitamin A and beta-carotene. On top of that, they are going to start doing human testing this fall, without doing any animal studies first. Not even the typically ridiculous 90 day animal testing, Big Agri is just going all out and testing their frankenfruit on college students attending Iowa State University.

12 female students were selected out of the 500 who responded for volunteers, according to The Des Moines Register. These volunteers will spend four days eating GM bananas in three separate study time periods. Although each subject will receive 900 dollars in compensation, the outcome of this test is entirely up in the air, as these bananas have never been tested before, on animals or humans.

This special kind of stupid project is from the Bill and Melinda Gates Foundation. These GM bananas are intended to be grown and eaten in poor countries in Africa where there is a severe vitamin A deficiency. The idea that we need a GM banana as a solution for those with vitamin A deficiencies is completely ridiculous when there are plenty of other crops that are high in vitamin A, such as sweet potatoes and mangos, which could be grown in those areas without using dangerous GMO crops. Read more what myths GMO companies want us to believe.

You really have to ask yourself why aren’t these GM foods being tested on animals first? Regulations in Europe demand that any new GM food be tested on animals for a minimum of 90 days, but in the case of bananas, scientists are going directly to human trials.

This is gross negligence on the part of these scientists. GM foods have been shown over and over to have nutrients and pesticides that cause harm to human beings and animals alike. This is reminiscent of the Nazi’s who performed horrific experiments on those in concentration camps. The only difference here is that these students are going willingly.

Scientists were told that bananas that were rich beta carotene already exist in nature. Their reply? The people living in East Africa wouldn’t eat them because they were too sweet. So people aren’t smart enough to eat something that tastes good and can save their lives because it might not be something they are accustomed to? Seriously? They need Bill Gates to save the day with his GMO bananas that can kill most of the African population? What world do these people live in?