Got Varicose Veins? One Natural Supplement Can Help! 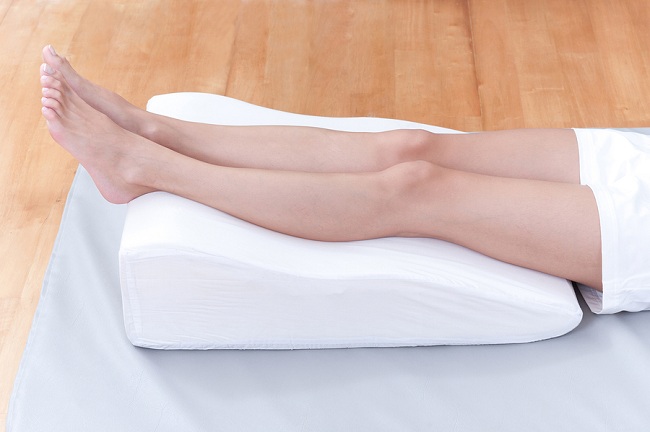 If you suffer from varicose veins, you know how painful they can be, not to mention unattractive. Did you know that many indigenous cultures have used herbs and other plants to practice therapeutic remedies that can address this problem and many others? Before big medicine and pharmaceuticals, indigenous people, the local family doctor, priests and shamans have used what Mother Nature provided in order to alleviate the painful or annoying symptoms of some mild health conditions, such as colds, or to cure other problems, such as infections.

Technically, there is no cure for varicose veins other than surgery. However, you might be interested to know that there is one tree that has been used for a substantial amount of time to help with poor circulation and other vascular problems, such as varicose veins, commonly called horse chestnut (aesculus hippocastanum).

Horse chestnut is native to the Balkan Peninsula, but is found in abundance throughout the Northern Hemisphere. Almost every part of this tree, including the bark, leaves, seeds, and flowers, has been used for centuries to relieve a wide variety of health problems. The seeds of this tree have been used in European Phytotherapy to address vascular problems. An old Turkish folk remedy to help improve circulation, relieve kidney stones, shrink hemorrhoids and calm upset stomach is to make a tea from horse chestnut. Today, most people use this tree to help with chronic vascular problems, especially with chronic venous insufficiency, or CVI. This is a condition in which the veins do not return the blood from the legs back to the heart.

The active ingredient in horse chestnut is aescin. Chinese research suggests that this compound is resistant to systemic redness. This means aescin resists swelling and redness in the body without being immunosuppressive. Horse chestnut has also shown impressive antioxidant activity. In fact, Middlesex University in England published information showing that the extract from this tree might just be the most effective free radical-fighter anywhere on the planet. Aescin is also a saponin, a word that might have you thinking of soap. While it’s true that saponins are a component in soap, they provide a way for the body to strengthen its capillaries. This is extremely helpful for those who suffer from the swelling that occurs when capillaries are too weak to hold onto fluid and leak it into the body. 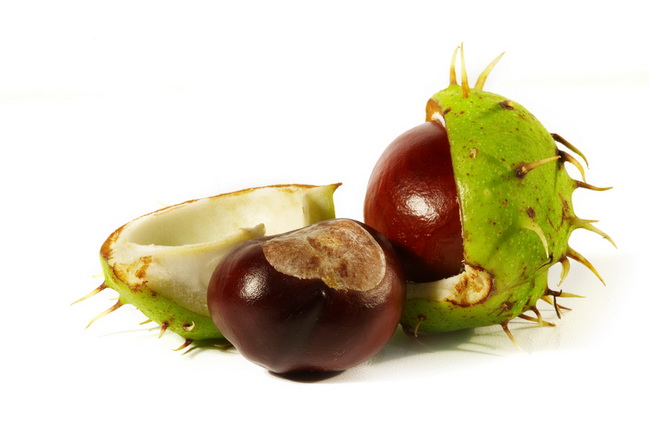 Varicose veins occur when valves in the veins that designed to pump blood in one direction and hold it there start to leak. There are numerous causes of CVI, and for some it is hereditary. The most common treatment is to wear compression stockings made of tight-knit elastic. These compress the arteries and veins to decrease the size of the veins. They put pressure on the arteries, forcing the blood to return to the heart and not allow it to return and pool in the veins.

Studies have shown that horse chestnut works just as well as compression stockings. One study published in the Journal of the Norwegian Medical Association showed that an extract from horse chestnut seed was very effective at relieving the pain, itching, and swelling of varicose veins. This extract is widely used throughout Europe for this common problem. Another study performed at the University of Milano in Italy showed that the active ingredient, aescin, was just as effective as compression stockings and also helped to relieve edema. It is thought that aescin works to inhibit the breakdown of the proteins in the capillary wall.

Studies have shown that horse chestnut also appears to have few, if any, side effects. Some studies show that this extract is better absorbed by the body during the daylight hours, rather than when the body is at rest. If you decide to consume horse chestnut extract, you might want to take this into consideration.

For a few people, horse chestnut can cause nausea, itching, or upset stomach. If you are pregnant or are taking any prescription medications, always talk to your doctor before consuming horse chestnut extract. Those with kidney or liver problems should avoid this herbal remedy as well.