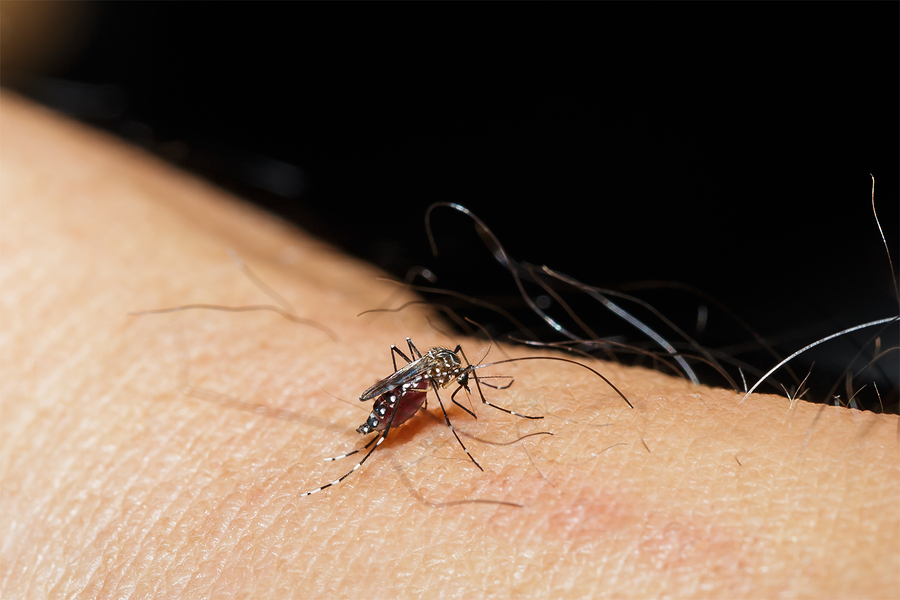 Like cockroaches, these insects have evolved and learned about human behavior and habits over the past 15,000 to 20,000 years. The WHO even describes Aedes Aegypti mosquitoes as being “opportunistic”. They learn and adapt to their environment and exploit any and every opportunity.

Females are the only ones who bite humans and generally lay between 100 and 200 eggs after each meal! Read that again. We aren’t talking about hundreds of eggs in their lifetime, this is after every single bite!

Aegypti’s are perhaps Mother Nature’s most perfect killing machine. Females drink blood to provide the protein necessary for their eggs. So when this mosquito takes a bite out of an infected person, the blood travels to the mid-gut. For many species of mosquitoes, this is where the virus would remain, stuck in the mosquito. However, the Aegypti has what is called “vector competence”. This means that the virus is able to duplicate itself inside the mosquito and it finds its way back to the salivary glands of the mosquito. This takes only a few days. Once the virus reaches the salivary glands, the mosquito then passes on the virus to the next person it bites.

So, biologically speaking, this type of mosquito is a very competent vector. It is also an incredibly active one. Unlike other species that like to hunt from dusk until dawn, the Aegypti are known for being very aggressive daytime feeders. They have no problem hiding in closets, under beds, in the folds of curtains, and other shady places. These insects are also sip feeders, which means that they don’t stay on one person and suck until they are full, they take a quick bite, a few gulps, and then move on. Often times, the mosquito is already long gone by the time you even realize that you were even bitten. Experts also say that this mosquito has learned to perform sneak attacks by flying up from behind to bite ankles, elbows or the back of the neck.

This mosquito also does not have a powerful bite, so most people do not even know that they were bitten. They fly up behind you, bite your ankle or lower leg, take a sip, and then move on to someone else. This is a great survival technique, but it also means that they are capable of spreading disease to dozens of people every single day.

These little insects got away with causing so much damage and killing for a long time. It wasn’t until the early 1900’s that researchers even discovered that yellow fever was being spread by mosquitoes. Although humans finally declared war on the Aedes Aegypti, we have had limited success. In the late 1940’s and 1950’s, one aggressive campaign led to the almost complete extinction of this mosquito in about 18 South American countries. Unfortunately, they used DDT to accomplish this, which probably caused more damage and suffering than the mosquito could ever do, especially to birds.