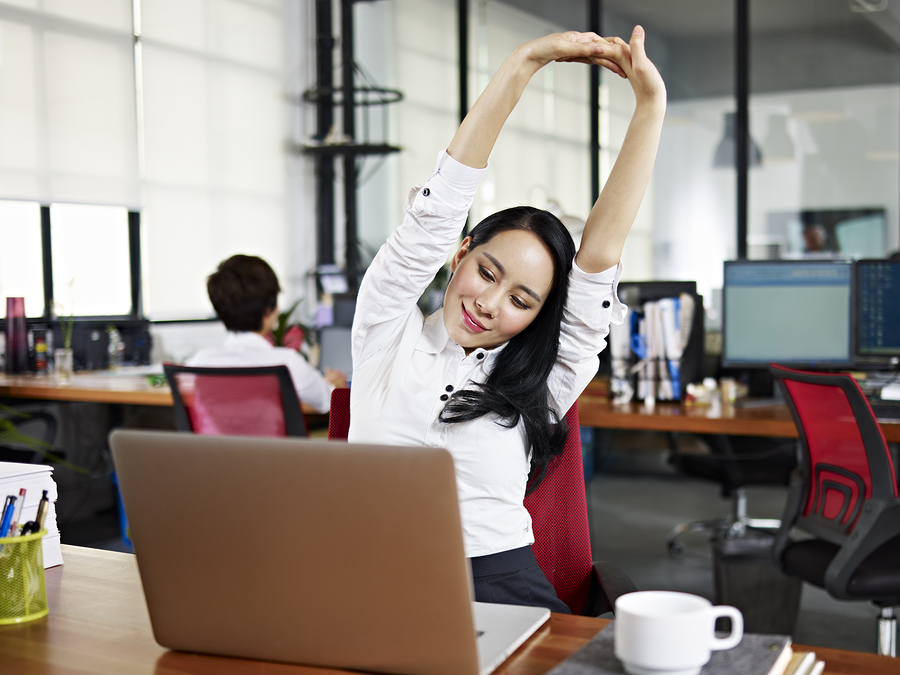 Researchers have discovered that simply getting up from your desk and moving around for a few minutes over the course of the day can have significant effects on your mood and energy levels.

When you remain sedentary for a long time, your body just kind of shuts down. According to a study conducted by researchers at the University of Colorado Anschutz Medical Campus, adding a little bit of activity to your day can snap your body out of that state of lethargy and improve your physical and emotional wellbeing.

This could be due to the release of endorphins in your body during physical activity. One common term for this phenomenon is “runner’s high”, which refers to the euphoric feeling joggers often get after a prolonged period of exercise. It can also be produced by weightlifting or sports, and to a smaller degree, as this study shows, by simply moving around.

The study subjects were healthy adults who did not typically engage in rigorous physical activity during the day. The participants were instructed to come into a health center on three different occasions, during which the effects of differing levels of activity would be assessed.

On the first visit, the participants had to remain sitting for 6 hours straight and were only allowed to get up for bathroom breaks, roughly mimicking the physical exertion (or lack thereof) in a sedentary workday. The next visit they did 30 minutes of light exercise (walking on a treadmill at a slow speed) prior to beginning their “work day” of sitting down. On the final visit, the participants mixed it up: they would sit most of the day, but once an hour, for 5 minutes, they would walk at a moderate speed on the treadmill, adding up to a total of 30 minutes dispersed over 6 hours.

The participants reported that they felt much better in terms of energy levels and overall mood on the day that they walked for 30 minutes in the morning versus the day of no physical activity. The greatest results however were produced by walking periodically during the rest of the day. Participants reported “a better mood and lower levels of fatigue and food cravings” when activity occurred throughout the day.

This shows that our bodies crave physical activity. The modern lifestyle is so damaging to our health, but just walking around for a few minutes once an hour can make a significant difference.

If you work at a job that requires long hours of sitting down, try this. Once every 50-60 minutes, just get up and walk around for a few minutes and stretch. This really can make a difference in your health, emotional state, and energy levels, which in turn will probably boost your productivity as well.

Related Posts
benefitsfitnesshow to
Help Us Spread The Word!
Like Us On Facebook To Stay Updated!
I'm already a Naturalon fan, don't show this box again.