How to have an Energetic Day without Stimulants 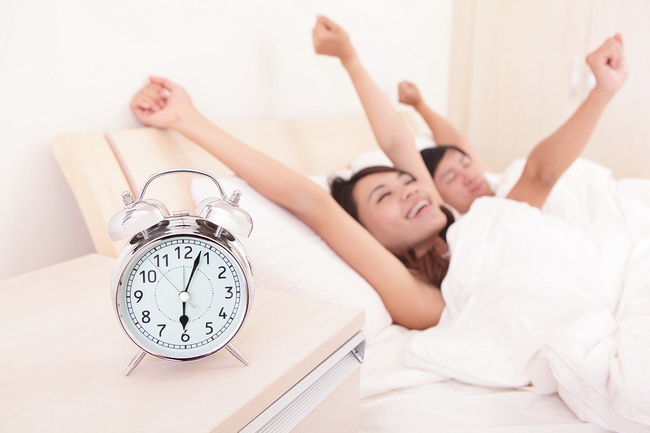 5 or 6 hours surely won’t cut it. Sometimes even 8 hours is not enough for some people.  Multiple studies show that in the absence of cues on when to sleep (such as clocks or sunlight) most people sleep more than 8 hours. A recent study in the New York Times shows that a more average time for people to sleep is closer to 9 hours than 8. So be sure you are getting enough rest. If you are trying to squeeze in so many things that you don’t have at least 8 hours, then you need to reevaluate your days and your priorities.

Sometimes it’s not so much the hours, as the quality of your sleep. This explains why 7 hours of quality sleep beats the heck out of 9 hours of tossing and turning. Don’t forget that your body keeps a kind of “sleep contract”.  For example, if you sleep only 7 hours during the week, Monday through Friday, then come the weekend, you need to make up for those 5 lost hours. If you don’t, then come the following Monday you are going to feel like, well, crap. Have you ever had a day, or even a weekend, when you thought you might be coming down sick so you spend an entire day, probably 20 hours, or the entire weekend, in bed sleeping? Once you wake up you feel fine and you pride yourself on “shaking off that bug”. More than likely, however, it’s that you were simply catching up on the contract your body has for its sleep requirements. Read more about better sleeping positions.

Western societies still have to catch up to the fact that napping isn’t shirking your work; it’s actually a productivity tool! Study after study has shown that when workers take a 20-30 minute nap, they are more productive, as well as energetic. Don’t sleep past that 30 minute mark, however, or it might keep you up later at night.

9. Get a little exercise

When you feel yourself sliding down that energy slope and about to hit bottom, get a little exercise. Take a quick walk, do a couple dozen jumping jacks, or even run in place if you can’t leave the office, but get moving! A short but vigorous burst of exercise is a super easy way to revive your senses as the blood begins pumping harder and it brings fresh oxygen to your brain.

You don’t have to be afraid of the light. Even if it’s artificial light, it tells your body that it’s daytime and it needs to be ready to function. Sitting in a darkened room tells your body it’s time to shut down for some sleep. So keep it bright so you can keep functioning!

Related Posts
how tonatural living tips
Help Us Spread The Word!
Like Us On Facebook To Stay Updated!
I'm already a Naturalon fan, don't show this box again.