For millions of people, chemotherapy is the default treatment that comes to mind when they think about how to treat cancer. Many of us have had the painful experience of seeing a friend or family member undergo chemotherapy treatment. It takes a tremendous physical toll on the patient, and while it can be effective at attacking cancer cells, in many cases the side effects are so severe they leave some people wondering if the cure is worse than the disease— especially in cases where it is unsuccessful in eliminating the cancerous growths.

Some people in natural healing communities claim that chemotherapy is an unsafe treatment pushed by companies in the healthcare industry, which they maintain are more concerned with profit margins than ridding patients of their cancer. What’s really going on here? Is chemotherapy worth the risks, and is it as effective as it is espoused to be? Let’s explore this topic in detail and get to the facts.

It is important to get a clear understanding of what chemotherapy is in order to understand why it is so widely prescribed for cancer, and why some critics believe it is dangerous.

There are many different forms of cancer, but they are all defined by the same general cellular phenomena. Either genetic factors, carcinogenic compounds, or both trigger a mutation within cells, which leads to uncontrollable cell growth inside an organ or some other region of the body. This in turn leads to the formation of tumors. What actually ends up killing a patient with a tumor in them is a process called metastasis, in which the cancerous cells from the tumor separate from it and spread to other parts of the body. Tumors which exhibit this behavior are considered to be “malignant.” When these cancer cells metastasize in other parts of the body and form new tumors, they inhibit the normal functioning of the body, and eventually lead to death if left untreated.

Chemotherapy was developed as a way to attack these rapidly-growing cancer cells and halt the spread of the disease in its tracks. The name chemotherapy means “chemical treatment,” and that is exactly what it is: a collection of chemicals that are used to attack and kill rapidly dividing cells and stop the cancer from spreading. The idea is to create a biochemical environment in the body that is inhospitable to cancer cells through the use of chemical therapy that kills existing cells and prevents them from multiplying.

The manner in which chemotherapy treatment is given will depend on the type of cancer it is intended to treat. Sometimes a simple regimen of pills will be prescribed. In other cases, the treatment will be administered intravenously, through injections, or some other delivery method. “Chemo,” as it is often called, will sometimes be given in tandem with surgery, radiation therapy, or some other form of treatment — it all depends on the individual, since every case of cancer is unique.

Does chemo actually work? Why do some people think it’s dangerous?

The evidence shows that chemotherapy can be effective at treating cancer in many cases, but some forms of cancer are more treatable than others. Breast cancer, for instance, has a much higher chance of successful treatment and recovery than pancreatic cancer. 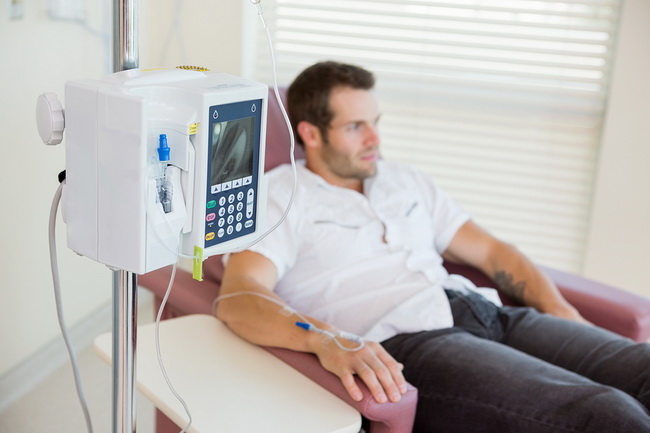 Chemotherapy has rather severe side effects, and this is the reason why some people believe it is too dangerous. When a patient undergoes chemotherapy to treat their cancer, they are essentially being poisoned. The chemicals the patient receives are toxic, and while in many cases they do succeed in killing the cancer or at least slowing it down, they also attack healthy cells. Chemotherapy drugs do not know how to distinguish between cancer cells and normal cells — they affect all cells which experience rapid growth. This is the reason why chemo patients typically lose their hair during treatment — hair grows very fast, so it is strongly affected by the chemo drugs. Skin cells, the lining of the mouth and stomach, and other regions with quickly-dividing cells are also attacked by chemotherapy. Chemotherapy also causes severe fatigue, nausea, and even nervous system problems.

Critics argue that some patients are so sick or so old that their bodies simply can’t handle these side effects, and it is the chemotherapy, rather the cancer, that ends up killing the patient.

Every case of cancer is unique, and it is best to get multiple opinions from different specialists over whether chemotherapy is the best approach to take. For some people, chemotherapy may not be the best option for treating their cancer, while for others, it could very well save their life. It is best to seek the advice of experts and ask questions to educate yourself about what the risks versus the benefits are of any treatment, so you can make informed decisions about the patient’s (or own your own) health and hopeful recovery.