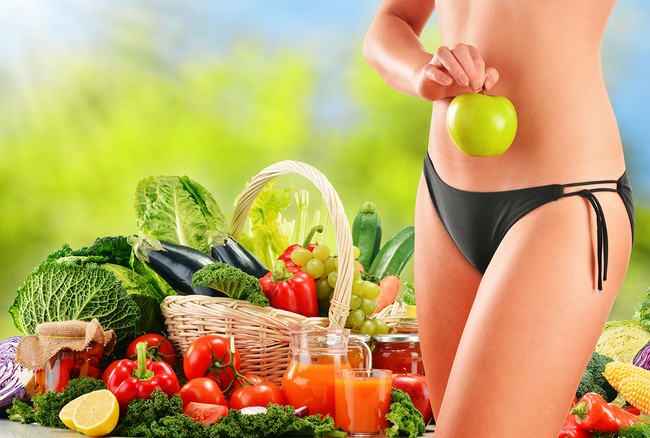 You can control how fast you age by fighting free radicals and that is the job of antioxidants. Since organic foods contain far higher levels of antioxidants, this fact alone means that organic foods are healthier in terms of nutrition, as well as being lower in residual pesticides. This is perhaps why your mother was always after you to eat your fruits and veggies! And if organic produce has more antioxidants, then that fact alone is a valid reason to pay more for them.

The nutritional content of food has been in decline since the introduction of mechanized farming as far back as 1925. For example, apples used to be a good source of iron. Now, to get the same amount of iron you used to obtain from eating one apple back in 1950, you will need to eat as many as 26 apples today!

This is also one of the main reasons that produce simply does not taste as good as it used to. It certainly looks good, yes, but there is a definite lack of flavor, and that is due to the deterioration of the mineral content of the soil. It’s the formation of minerals that gives produce its flavor. A lack of flavor is caused by poor soil.

Strong, healthy soil has a wide variety of microorganisms, and it’s these organisms that carry the stability of the entire ecosystem, not to mention what a plants nutrient uptake will be. The adoption of industrial agriculture practices has destroyed soil microbes that are the mechanism by which minerals in the soils are transferred to plants.

Chemicals used in agriculture destroy the soil by killing off the microbial inhabitants that live there. This is the main problem with modern farm methods and the reason why our produce has a lack of flavor as well as a lack of nutritional quality.  Modern farming methods concentrate entirely too much on size, pest resistance, growth rate, and appearance and not so much on the impact their methods and pesticides have on the soil.

Our “bigger, faster, cheaper, prettier” approach to our crops is draining our planet dry as well as compromising your overall health. In just the past 10 years, there have been more than 100 million tons of herbicides sprayed on our crops and adding toxic chemicals to our dirt and our water supplies. GMO crops are actually speeding up this process by altering the composition of the soil bacteria in the earth where these crops are grown.

Related Posts
foodsGMOhealth statistics
Help Us Spread The Word!
Like Us On Facebook To Stay Updated!
I'm already a Naturalon fan, don't show this box again.