Why Letting Your Kid Play In The Dirt Is Healthy 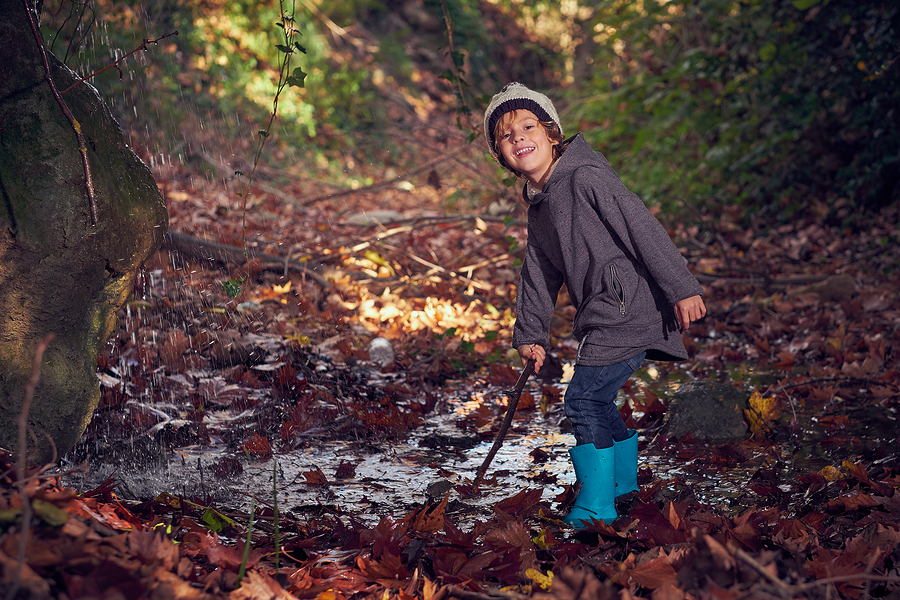 Life in developed industrialized countries has never been cleaner. New research however, suggests that it may in fact be too clean for our own good.

The average person living in such a society spends the majority of their time indoors, both living and working in clean, climate-controlled environments. Many children’s lives are really not that much different. They wake up, go to school (where they spend all day inside). Then come home, go to sleep, and repeat the pattern the next day. And of course, antibacterial soap and hand sanitizers are readily available to ward off disease.

What are the long-term effects of this lifestyle? People living in supposedly advanced countries are developing weaker immune systems due to the hyper-sanitizing of everything. A new study suggests that what people in general and, in particular children, might need to strengthen their body’s natural defenses is just the opposite: Play in the dirt.

In a recent interview with Collective Evolution, Professor Jack Gilbert, the Faculty Director at the Microbiome Center at the University of Chicago, stated that parents shielding their children from germs and dirt may actually be harming them. Gilbert argues that the human immune system has a type of white blood cell, called neutrophils, which play a role in fighting disease. When they go too long without being used, they “become grumpy and pro-inflammatory”, and mistake benign things for threats. Take pollen or cat hair for instance. When these under-used neutrophils detect these substances, they go nuts and trigger an inflammatory response as if they were fighting a real disease. This causes unnecessary and harmful inflammation which has a damaging effect on the body. Moreover, such response can manifest itself as conditions like allergies and asthma.

A big part of this is due to the overly-sanitized lives children lead. Now compare this to how adults and children alike lived only a few generations ago. Throughout history, children simply played outside, got dirty, and went days at a time without bathing. It was also common to eat fermented foods and have more environmental exposure to foods and beverages prior to the invention of modern refrigeration and other food preservation methods.

Somehow, human beings survived. These pressures forced the immune systems of humans to adapt and become stronger. According to Professor Gilbert, far too many people, especially true for children, do not have the necessary external pressure on the immune system is just is not there. While parents may have the best of intentions, the truth is that they could be making their children less healthy by shielding them from dirt.

So what is the solution? No one is claiming that children should never bathe, wash their hands or anything like that. But more parents should be aware of the health benefits of well, just letting kids be kids and play outdoors. Encourage children to play outside. It allows them to get plenty of exercise. It also makes their immune systems tougher and more capable of defending the bodies in the event of an actual, serious illness.

Instead of hand sanitizer, just use plain old soap and water after using the bathroom or getting your hands dirty. Do not use antibacterial soap. More doctors and public health organizations are convinced that there is a downside of using these super powered soaps that outweighs the benefits.

Related: How To Cure Your Kids’ Gaming Addiction (And Get Them To Play Outside!)

The fact is that evolution created us to move and live actively. However, we hardly lead that active lifestyle outdoors. We might be capable of looking at a computer screen in a clean, sterile office all day, but that does not mean it is good for your body, or your immune system.

It’s best to get regular exposure to the outdoors and eat a healthy diet rich in fibrous fruits and vegetables. It just is not healthy to live a sterile life indoors. It is not what nature designed our bodies to do. You will notice an immediate difference when you start embracing the great outdoors and getting some dirt on you occasionally. As for your kids, they will enjoy a happier and healthier childhood, and better health in the long term.