How Much Do You Know about the Honey in Your Kitchen?

Honey is one of the greatest super foods around. It is naturally anti-viral, anti-fungal, and anti-bacterial. But when you go to your supermarket, do you really know what you are buying?

One professor at Texas A&M tested dozens of honey samples that were all purchased at major US supermarket chains. When the testing was done, the results were rather shocking. Almost all of them had their pollen removed from their final product. This is generally because most store bought “honey” has been so heavily processed that it had lost just about of the things that makes honey the super food that it is.

Oh, and those little individual honey packets that you get at fast food restaurants? They don’t have pollen in them either.

Even the FDA says that any honey which has been so filtered that it no longer contains any pollen should not be called honey. The World Health Organization agrees, saying that without pollen it is impossible to determine where the honey came from or if it is safe.

Unfortunately, most of the honey that is sold in America comes for unknown or illegitimate sources in China and India. Further analysis of these “honey” products show that some of them contain illegal antibiotics, heavy metals, and other dangerous compounds. So not only is this honey completely void of any nutritional value, it can actually be dangerous for your health. Although you can’t say much about table sugar, compared to these brands of honey sugar is starting to look good. At least you won’t find illegal antibiotics in table sugar.

Honey is often processed and filtered because consumers expect to find clear, pure looking honey. Unfortunately, what sometimes look clean and clear is not always what is better for your health. If the honey you are buying looks super clear, almost transparent, and flows very easily, like pancake syrup, then that is a sure sign that it has been filtered, processed, and pasteurized.

In fact, some manufacturers add corn syrup, sugar, or other types of sweeteners to some types of honey. Why they do this is strange, as honey is plenty sweet all on its own and many people buy honey because they are trying to get away from sugar.

The worst part is that many food companies add sweeteners to honey and still label it as honey. Luckily, the FDA is about to change that. Companies are soon going to have to label their products as a “blend,” so consumers will know the truth about what they are buying. Read also how food labels trick you into eating GMO foods.

What can you do? Stop buying that store bought junk and look for raw honey. You can usually find it at your local health food store or farmers market. Raw honey is unfiltered, simply pulled straight from the hive. It’s cloudy looking and sometimes contains honeycomb bits, pollen, propolis, and even the occasional dead bee. Don’t worry about the bee. He died doing something he loved.

Raw honey contains 80 percent natural sugars, about 18 percent water, and 2 percent minerals. Honey should contain all of that, but nothing more. 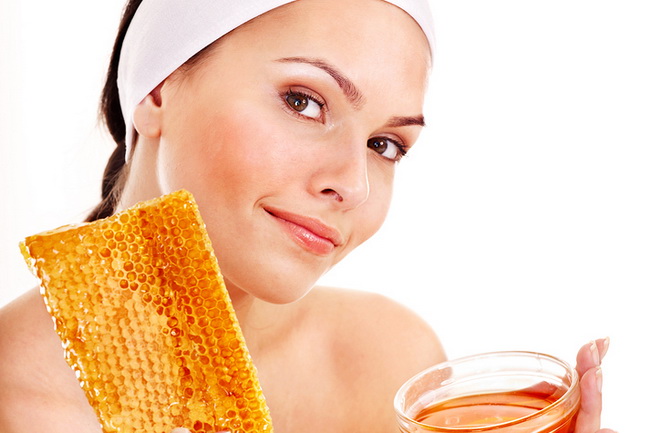 Some pure honeys sold in stores contain pollen even though they are filtered. Some filtering processes remove things like honeycomb and that poor dead bee, but leave the pollen intact. Almost all highly filtered honeys are trying to hide something, such as their location. Pollen is a bit like GPS; it tells a lot about the bees that made it and what plants the bees collected honey from.

Food historians will tell you that in the 1950s most grocery stores offered only 3 or 4 local brands of honey. Today, a good sized supermarket can have as much as 40 or 50 different types, flavors, and sources of honey. The tremendous demand for honey, as with many things, leads to the potential for fraud.

Unless you are buying from a farmers’ market or a local beekeeper, many times you really don’t know what you are buying since labeling laws have not yet gone into effect. Even the new laws will only label the blends, not other information. For example, one study listed in Food Safety news tested more than 60 samples. One of the brands listed their honey as coming from blackberries. Tests on the pollen found mainly clover, wildflowers, and just a few grains of blackberry pollen. This is the type of issues that plague the honey industry.

Not all honeys are intentionally mislabeled. Some honest, hardworking beekeepers have several hives going on and having them placed at different farms, it’s easy to become confused. One mistake in the paperwork can lead honey to be labeled as orange honey, when it is actually clover. But these mistakes are exception to the rule, unfortunately.

Hopefully one day the FDA will make a single, nationwide standard for honey and its labels, but for now, choose your honey with care and always consume only pure, raw honey from local beekeepers or local farmers markets.