The Most Mystical Benefits of Sage! 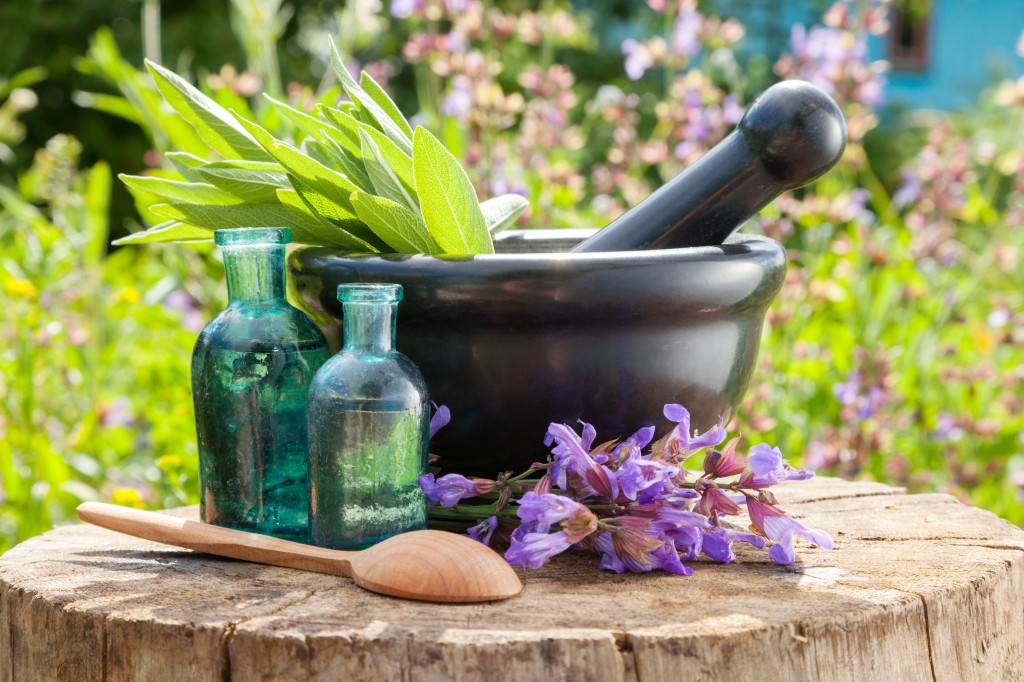 Sage, mint’s warm and vaguely peppery cousin, has been used for centuries to ward off unfriendly spirits and cleanse homes of negative energy. The verdict is still out on on whether sage possesses mystic benefits, or not! However, the herb’s medicinal value has been extensively documented throughout the years. Complementing your kitchen experiments with a few leaves of sage does more than satisfy your palate! Studies suggest that your mood and memory will thank you as well.

European civilizations have been utilizing the herb in both culinary and therapeutic capacities for centuries. In Britain, it was the central flavor in traditional seasoning mixes, and the ancient Egyptians employed the herb as a fertility treatment. Greek doctors used it to minimize bleeding and speed clotting when dealing with severe wounds, and it was widely used to fight infection, inflammation and hoarseness. Further experimental studies must be conducted to verify each of these traditional benefits, but science has shown some of sage’s other medicinal advantages.

For those seeking to enhance their reasoning and critical thinking skills, including sage in one’s diet is an effective way to produce a mental boost. Trials show that even in small amounts, sage improves memory recall and mental acuity. The herb works rapidly; its cognitive benefits can be observed in users after mere minutes.

An experiment conducted by Northumbria University had 24 volunteer test subjects consume a sage blend in either 25 or 50 mL doses, or a placebo solution. Subjects who ingested sage showed marked increases in mental clarity and remembrance.

Subjects who ingested the higher dose experienced the added benefit of mood elevation. A similar study featuring 42 subjects with mild Alzheimer’s disease found that sage was an effective tool against mental impairment. Their cognitive skills were tested and quantified at the beginning of the experiment. The subjects were split into two groups, one of which consumed a sage solution over four months. The other group took a placebo. At the end of the trial, the subjects repeated the cognitive tests. Those who had consumed sage exhibited an increase in cognitive abilities.

As with many things in life, both insufficient and excessive sage intake can reduce the benefits this herb offers. An appropriate dosage must be consumed for optimal results. Swinburne University in Melbourne, Australia, directed an experiment where adults over the age of 65 were given varying doses of sage extracts. It was found that a dosage of 333mg of sage extract provided ideal outcomes. Lower and higher doses resulted in enhanced memory recall and cognition operation as well, but to a lessened extent. Subjects taking this dosage also experienced heightened alertness and attention levels.

Sage’s clinical benefits may also be acquired via aromatherapy, the art of employing the oil extracts of aromatic plants for physical and psychological wellbeing. Some oils may be ingested or applied directly to the skin, generally after being diluted in a base like olive oil, but “aromatherapy” usually refers to the process of heating essential oils in a diffuser and allowing the fragrance to permeate the area. The medicinal compounds are carried throughout the room and breathed in.

Researchers tested sage’s ability to improve cognition via aromatherapy with an experiment including 135 healthy subjects. Each was either exposed to sage aromas or a placebo. Those who inhaled sage-infused air experienced an increase in memory retention and cognitive performance, but not to the degree experienced by those who took sage orally. It can be concluded that the best way to reap the mental fitness sage offers is by consuming extracts or adding a few leaves to your next culinary creation.

Sage leaves contain at least 50 chemical compounds,  each offering its own medicinal values. However, there are three  elements that compose 80% of sage and its derived extractions: thujone, camphor, and pinene, the first of which makes up approximately 40% of common sage extract. Of these three, sage consumers must be most mindful of thujone. Excessive consumption of this chemical compound is linked to organ damage – particularly that of the kidneys – central nervous system disruption, and convulsions. Thujone is a confirmed neurotoxin, but the likelihood of consuming enough sage to produce negative effects is negligible. Still, sage should not be consumed at high levels for an extended period of time. People who are susceptible to seizures may also choose to be cautious, but there have been no officially documented instances of sage inducing serious harm.