PCOS: Understanding It and Treating It Naturally 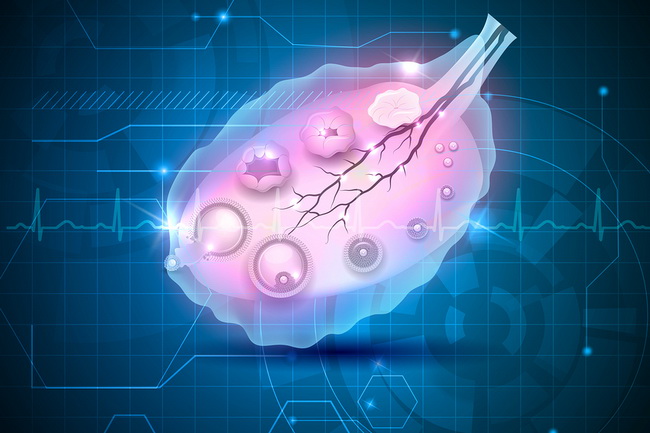 Polycystic Ovarian Syndrome has been recognized and diagnosed for over 75 years now, but there is still much about the ailment that is not known and creates difficulty in diagnosing everyone correctly. PCOS affects anywhere from 6 to 21 percent of women that are of childbearing age and symptoms can include, but are not limited to, mood disorders, weight changes, high blood pressure, insulin resistance, sleep apnea, and heart disease. There are also the three big factors that doctors look for when diagnosing a patient with PCOS: androgen excess, ovulatory dysfunction, and cysts on the ovaries.  Women with PCOS also have a 72 percent chance of being infertile, compared to the 16 percent of the entire population.

PCOS is largely due to a hormonal imbalance and most treatments center around helping the body to get back to that balance. Conventional treatments consist of doctors prescribing certain hormone regulators and sometimes prescribing individualized hormone balancers. The medicine usually has its own side effects though and that treatment sometimes means that the illness is never resolved, just managed in a patient. Fortunately, there have been many cases of women treating and curing their PCOS with natural methods. The success of these women has been published in many outlets now and there are doctors that are recognizing the importance of naturally balancing hormones and getting the body back to its natural and normal state.

These natural methods that have helped other women are what we’re going to be focusing on here. All women’s bodies are different though, and the below methods won’t necessarily work for you just because they worked for someone else. This does not mean that you should give up the natural treatments in favor of pharmaceutical ones, though. Keep trying and see what works for you. Take a look at the below methods and nutrients to add to your body to help you if you are suffering from PCOS.

PCOS seems to be a combination of metabolism-related issues and stress-induced illness. One of the most important things to do then is to completely overhaul your diet. We’re not talking about being on a diet for six months and then being done, either. We’re talking about changing a lifestyle and sticking to it for your life term. The Standard American Diet (SAD) is devoid of many of the nutrients, vitamins, and minerals that our bodies need and that in abundance can help to reverse and cure PCOS.

There’s no need to go vegetarian, vegan, or plant-based either. In fact, some studies have found that the Ketogenic Diet plan, which focuses on getting most of your calories from good fat and protein, is quite beneficial to women with PCOS. The Keto diet was originally developed for those with epilepsy and it has been shown to be helpful at maintaining a clear mind without what is known as ‘brain fog.’ Since PCOS women are at greater risk for depression, the keto diet can be beneficial for this reason as well.

As long as a diet high in whole foods and low, or devoid of, processed foods is maintained is should be helpful in reversing PCOS symptoms. Many women have said that they found the diet to be a great help for their illness – even if it is hard at first to give up processed and high carbohydrate foods.

Exercise In Moderation and With Purpose

There is a link between excessive exercise and PCOS, known as ‘female athlete triad,’ which is why most recommendations for exercise state to stay in the light to moderate activity level. Because PCOS oftentimes manifests itself with excessive weight gain, exercise is still important it just must be carefully watched to not be too much for the body. Some good exercise options include activities that do not require the body to in constant motion, or fast motion, such as yoga, pilates, walking, bike riding, and barre.

Not everyone will lose weight in the same way with exercise, although it is a common side effect of exercise. Not losing weight will not mean that the exercise is not beneficial to your PCOS though. Those with PCOS also showed increased fertility markers, a decline in insulin resistance, and less inflammation. Those with PCOS also have a harder time losing weight so patience is in need when watching for evidence of weight loss due to exercise.

SAD is usually very lacking in nutrients that are wonderful helpers to those with PCOS. Although changing your diet will help with that, you might still need to add in supplements – depending on how drastically you changed your diet and if you’re even getting the daily recommended value of each mineral. Iron and magnesium have been shown to be particularly helpful in dealing with PCOS. Inositol, a sugar alcohol chemical compound found in fruits, is also very helpful against the symptoms of PCOS.

Inositol is found in high concentrations in cantaloupe and oranges and they are best eaten raw for the full effect. Iron rich foods include spinach, lentils, broccoli, tofu, pumpkin seeds, raisins, quinoa, liver, oysters, and dark chocolate. Dark chocolate, or better yet raw cacao, also is high in magnesium which will do wonders for balancing hormones. Foods high in magnesium also include almonds, spinach, tofu, avocadoes, cashews, sesame seeds, bananas, and chard. Most people don’t get enough of these three nutrients though so a supplement is the best option.

Other supplements to consider, and that might be beneficial in your fight against PCOS, include zinc, calcium, omega-3s, chromium, NAC, and folic acid. A combination of these supplements and the three mentioned above will need to be tested on each individual as everyone has different nutritional needs and reacts differently to each of these. Depending on the severity or the symptoms that you develop with PCOS, one or more of these supplements can help you.

Sometimes, alternative treatments such as acupuncture and visiting a chiropractor can help women with PCOS. Acupuncture can help by stimulating the areas that can increase the blood flow to the ovaries, reducing the volume of the ovaries and thereby reducing the number of ovarian cysts as well. Acupuncture has also been show to be potentially helpful in increasing insulin sensitivity and decreasing blood glucose levels as well as reducing cortisol levels – one of the hormones that can trigger weight gain.

Chiropractic visits can be beneficial in multiple ways as well for those with PCOS. Recent signs have shown that chiropractors can have an effect on patients with PCOS, although there are no well documented studies showing what effects the  visits can have specifically and for multiple types of patients. The chiropractic patients so far have shown an increase in menstruation and fertility.

This age old remedy seems to have found something else to be good at. One tablespoon of apple cider vinegar diluted in a cup of water and drank every morning on an empty stomach has shown to help detox the body and balance pH levels, as well as regulate the growth of candida and yeast in the body. Particularly for PCOS, apple cider vinegar is helpful in regulating blood glucose levels and thus keeping the insulin steady throughout the day in the body. Less insulin in the body also means lowered levels of androgen testosterone in the body and the tonic also helps you lose weight at the same time.

Unfortunately, there are too many causes of this to list here – many of them seemingly unavoidable in our everyday, modern lives. Hormone disruptors are becoming more and more prevalent but there are a few ways that you can try to limit your exposure to them, especially if you are already susceptible to hormone imbalances with PCOS. One way in particular to balance out your testosterone is to stop smoking or have those around you constantly stop smoking. Studies have shown that women who smoke or are around second-hand smoke a large amount of their time have higher androgen levels in their bodies.

Plastics are a particular cause of hormone disruptions and it is advised for those with PCOS to stop using plastic utensils, food containers, plastic bottles, and tableware to limit their exposure to plastic (BPA, DEHP, and DBP are all disruptors). Other chemicals and products to steer clear of include pesticides, bisphenol A, phthalates, dioxins, and phytoestrogens.

PCOS for many years was thought to be incurable and life-long, but that is not the case. There have been many cases now of patients that have been able to completely reverse and cure their PCOS with the above outlined steps. Taking action on your illness is the most important thing and not letting your doctor tell you that there is nothing they can do other than prescribing pharmaceuticals and birth control. Change your diet, exercise, take supplements, seek out alternative treatments, and switch out the products in your house that are making you sick and you will see a difference as many have with their PCOS.

Related Posts
be awarehealthwomen's health
Help Us Spread The Word!
Like Us On Facebook To Stay Updated!
I'm already a Naturalon fan, don't show this box again.