Surprising Things You Never Imagined the Sun Could Do For You

If you haven’t heard, sunlight is perhaps the best source on earth for vitamin D, and some exposure is needed every day for us to keep adequate levels of this vital nutrient. More than just giving our bodies vitamin D, there are numerous other health benefits at work when we spend time in the sun. This isn’t just positive thinking either; there are numerous scientific studies that are drastically changing the way we look at sunlight and our health.

Every day there appears to be a growing body of research that shows how vital vitamin D is for disease prevention as well as for good health. Your body changes sunlight into vitamin D, which affects your DNA through your body’s vitamin D receptors. Scientist have so far identified almost 3,000 genes that are directly influenced by vitamin D levels and throughout the body, there are numerous vitamin D receptors.

Keep reading and find out some of the surprising things you never imagined about sunlight can do for you.

The Journal of Alternative and Complementary Medicine posted a theory that human beings are much like plants in that we also are able to convert energy from exposure to sun light. They believe that our skin is something similar to solar panels that exchange sunlight into energy, the way plants use the process of photosynthesis.

The journal Psychosomatic Medicine published a study that showed there was a link between sunlight and pain levels. This study found that patients who had undergone spinal surgery felt better and recuperated faster if they were place on the side of the hospital that got more sunlight. Patients that were exposed to 46 percent more sunlight in this study stated that they felt less stress took 22 percent fewer pain pills and cost the hospital 21 percent less in terms of pain control medication that had to be given.

The Journal of Investigative Dermatology published research that showed that exposure to the sun improves the rate at which the body metabolizes fat. It’s believed that there is some link between vitamin D deficiency and obesity. Although that link isn’t exactly understood yet, researchers believe that restoring normal levels of vitamin D might make weight loss easier.

The journal Behavioral Neuroscience published research that shows that when subjects were exposed to at least 6 hours of natural sunlight they say they felt  more alert than those who were exposed to only artificial light during the day. Those who only sat under regular lighting and got little or no sunlight also reported that they often had feelings of fatigue or felt sleepy during the day. 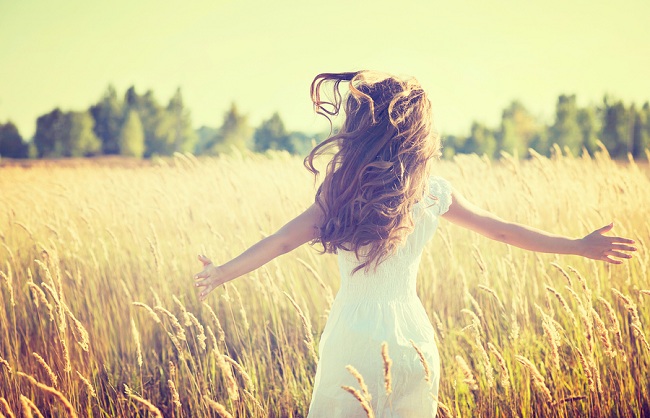 The journal Medical Hypotheses published a study that shows that there is a connection between variation in exposure to sunlight and our life span. During this study, it showed that people who were conceived and born during years of peak sun cycles lived, on average, about 1.7 years longer than those who were born in nonpeak years. It’s thought that sunlight affects the human genome and might be a predictor of longevity.

Queensland Institute of Medical Research in Australia recently published a report that shows sunlight is effective against pancreatic cancer. This study followed 714 subjects in Australia for a four year period, and then matched them through age and sex with 709 control subjects. The idea was to see if high levels of sunlight can possibly lower your risk of developing cancer, specifically pancreatic cancer.

Although all skin types had some type of lower risk, those who were fair skinned had a 49 percent lower risk of developing pancreatic cancer than those with darker skin.

The journal Archives of Internal Medicine published research done in 2008 that showed that persons who have the lowest vitamin D levels had a more than double the risk of dying from heart disease, stroke, and other cardiovascular issues than those who had normal levels of vitamin D in their blood.

SEE ALSO: Compelling Evidence that Avoiding the Sun is Dangerous

Women who spent the most time in the sun during their 40’s and 50’s, the risk fell by 26 percent and for those over the age of 60, getting sunshine cut their chances of developing breast cancer in half. This is according to a study published in the American Journal of Epidemiology.

Although more research needs to be done in order for us to truly understand the relationship between sunlight and our health, there is something about the sun and our health that has positive effects on us.

OK, so now you are wondering; what about skin cancer? Aren’t I supposed to cover up? Are you telling me now to let it all hang out?

Although it is true that too much sunlight give us freckles, sun spots, sunburn, wrinkles, and possibly even skin cancer, this doesn’t mean sunlight is an all or nothing deal.

Let’s be clear about this: No one is saying that you should spend 8 or 10 hours per day sunbathing without protection and turning your skin into shoe leather, but we need vitamin D and sunlight to stay healthy. This is a delicate balance that is based on your skin pigmentation, where you live and what time of day you plan to be outside.

For example, a person with fair skin needs very little sunlight at high noon than someone with darker colored skin, who might need an hour of sunlight to get the same benefit.

It appears that no matter what disease or health condition that gets investigated, vitamin D appears to play some type of crucial role.