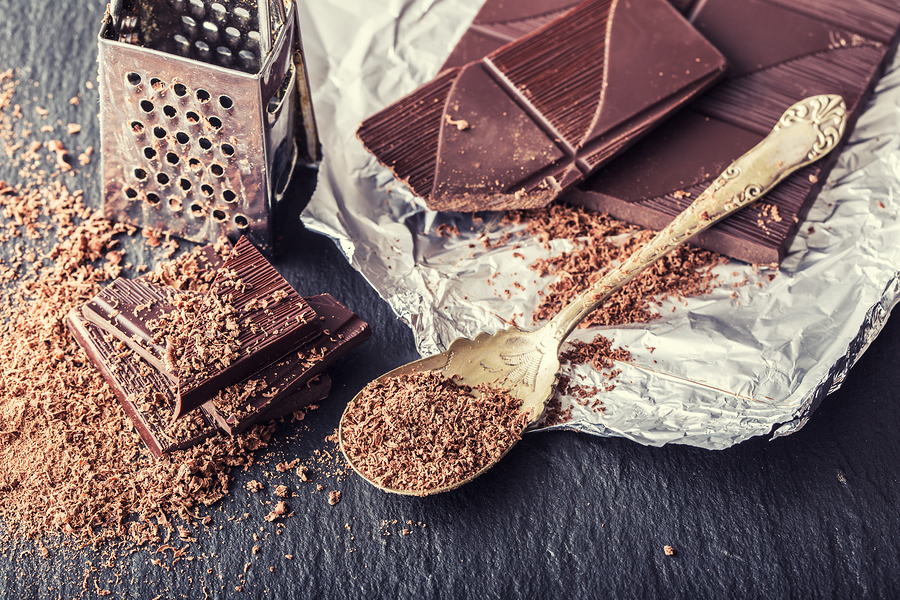 Chocolate is something that is famous around the world — it has been for centuries and with a history going back several thousand years, chocolate is one of the most sought-after treats in the world. In many ancient cultures, chocolate was a luxury that only the most elite could afford; today, nearly everyone has access to chocolate in some form or another.

Dark chocolate may be more appropriately referred to as “cacao.” In its natural and raw state, cacao isn’t sweet at all — this is why milk is often added. Now, when it comes to chocolate, you should know that milk chocolate does not have the same benefits as raw cacao or dark chocolate, so be sure to look for raw cacao if you’re buying it for the health benefits. In its raw form, dark chocolate can be an acquired test because of the bitterness, but if you get used to it, it isn’t that bad. It truly is an acquired taste.

Raw cacao is packed with something called polyphenols, and these ingredients are part of what makes dark chocolate bitter. Polyphenols are also why many candy companies add milk and sugar to chocolate. Doing so makes it sweeter and more pleasing to the taste. However, polyphenols are the source of all that is good with dark chocolate, so try to tough it out if you can! Sometimes all it takes is just developing a taste for dark chocolate over the traditional milk chocolate that you’re used to. If you do, you’ll be rewarded with some amazing health benefits on top of a tasty snack!

The beauty of dark chocolate is contained within the cacao bean, and there are several parts of the bean itself that provide major health benefits. Dark chocolate is packed with the good stuff including flavonoids, polyphenols, vitamins, and antioxidants. Antioxidants are the most common ingredient and one you’ve probably already heard of. In fact, the antioxidants in dark chocolate have been shown to control inflammation and protect your nerve function, as well as increase brain function.

Dark chocolate is also rich in unsaturated fats that can impact your heart health and cholesterol levels in a good way. One of the fats found in dark chocolate comes from cocoa butter, which has been proven in medical trials to lower cholesterol when consumed in small quantities.

However, on top of all of this, dark chocolate has also been shown to fight cancer. Recent scientific studies have shown a lot of promise in this field actually. The cancer-fighting properties of dark chocolate come from its inherent ingredients, namely the polyphenols. These particular components of dark chocolate have been shown to stop cancer cells from growing while keeping the body healthy and preventing any further damage from the cancerous cells themselves.