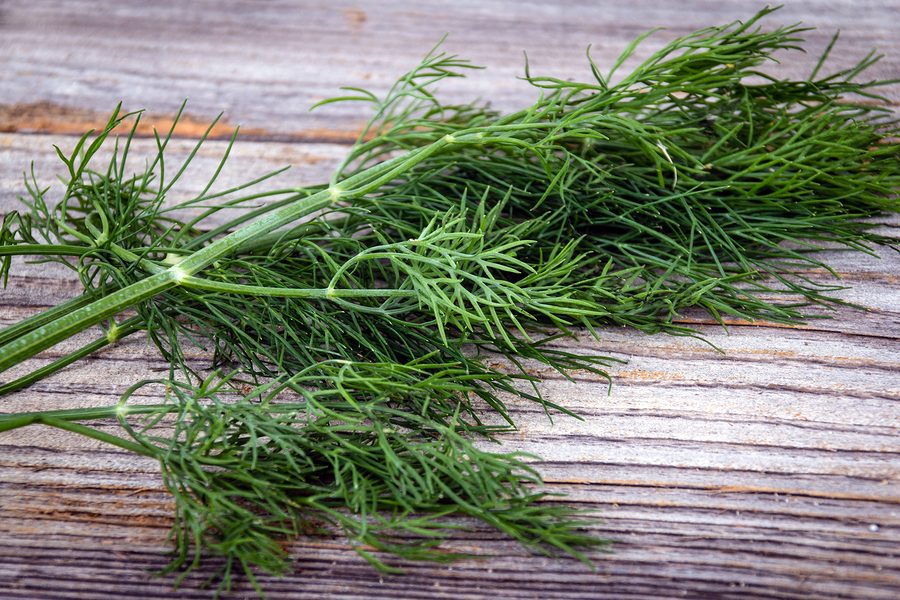 Hiccups can occur because by a number of different factors, but it is often due to gas being trapped in the esophagus, an allergenic substance, or nervous disorders. Dill’s aforementioned antispasmodic properties can help stop the small, repeated muscle spasms commonly referred to as hiccups, and its calming effects can help reduce hiccups caused by allergies as well.

5. Dill can help you sleep

As mentioned earlier, dill was used in ancient and medieval times to relieve stress and help promote quality sleep. But it was unknown until recently why exactly it was so effective. Scientists have found that the essential oils of dill contain B vitamins and flavonoids which can have a sedative effect on the body, alleviating stress and inducing feelings of relaxation and calmness.

Dill weed containscompounds called monoterpenes, including limonene and carvone, both of which have cancer-fighting properties. These chemicals can trigger the secretion of an enzyme called glutathione-S-transferase, which can help neutralize carcinogenic compounds that enter the body. Dill also has antioxidant properties which help fight harmful free radicals and reduce the chances of cancerous cell growth.

Dill is considered an emmenagouge, an herb that helps facilitate menstruation. If a woman is experiencing problems with her period, Dr. James Duke, author of The Green Pharmacy recommends drinking a tea brewed with two teaspoons of crushed dill seed.

Dill may offer benefits to women who are currently nursing as well, since consuming dill promotes the production of more breastmilk. This “dill enhanced” milk can help soothe the baby’s stomach due to its aforementioned ability to relax the muscles of the gastrointestinal tract. It is important to note, however, that pregnant women should avoid dill, since the emmenagogic properties of the plant are so potent.

READ ALSO: 15 Medicinal Plants And Herbs From The Cherokee People

Dill is commonly used in cooking, but it remains an under-appreciated herb for healing purposes. Try experimenting with some dill seeds or dill weed essential oils in your next home remedy!