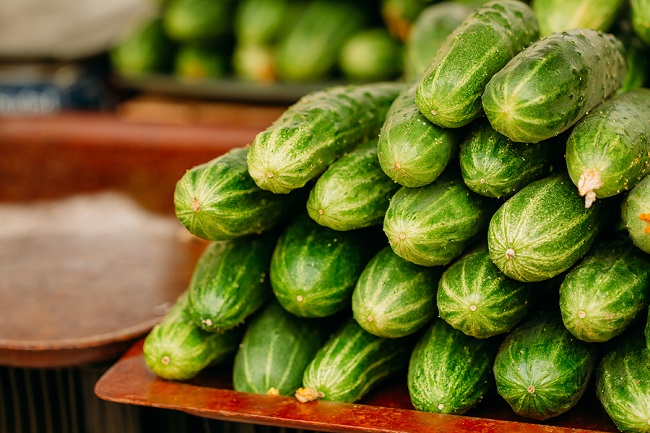 When it comes to so-called “superfoods,” a number of fruits and vegetables, such as kale, blueberries, and acai, usually hog the limelight. But many people are unaware that one of the most commonly used vegetables, the humble cucumber, is actually a very good option for those who want a nutrient-packed veggie that won’t break the bank.

What the heck are cucumbers?

There are many different varieties of vegetable, but most of them fit into the cruciferous (leafy green) category, or the root category, like beets, carrots or potatoes. Cucumbers, however, don’t fit into either one of these neat categories. Few would believe it if you told them, but the truth is that cucumbers are technically a fruit! They are a member of the cucurbitaceae family of plants, which also encompasses things like squash and various types of melons. There are many varieties of cucumber, but the one you’ll see sold most often is the common garden cucumber (cucumis sativus).

Cucumbers have a mild, subtle taste, which makes them a nice addition to salads and other dishes. They’re also used to make pickles, which are a popular snack food and condiment around the world.

The health benefits of cucumbers

So, we’ve covered what cucumbers are, but why should you care? Well, it’s because this common fruit (feels weird saying that, doesn’t it?) is packed full of nutrients and offers many health benefits most people are unaware of. Let’s explore these benefits in more detail.

1. They keep you hydrated

When you ask people about how to stay healthy, the first things you’ll hear are comments about vitamins and minerals and eating less fat (fatty food doesn’t make you fat — that’s outdated science, but that’s a different argument for a different day). And yes, nutrients are important, but perhaps the most fundamental thing you can do to preserve your health is to make sure you stay hydrated! It’s so simple and basic, but you would be amazed how many people fail to take this into account.

The good news is that cucumbers are one of the most water-dense foods you can eat! Cucumbers are composed of approximately 95 percent water, and with summer coming up, it will be a good idea to keep plenty on hand as a healthy and light snack food that will help keep you hydrated. According to an article in Eating Well, eating a cup of cucumber slices offers as much hydration as glass of water!