The Paleo Diet, Is it Right for You? 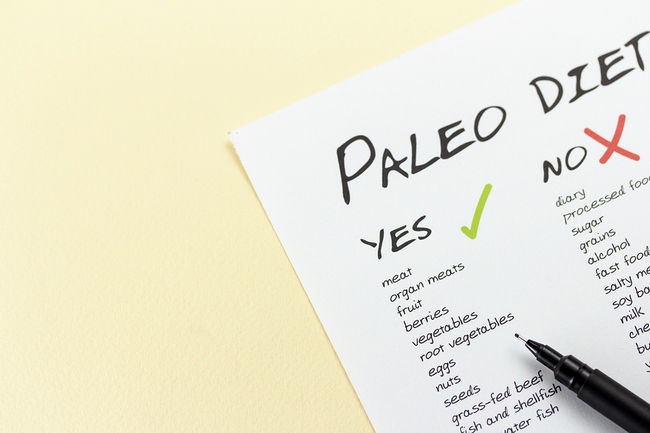 One of the hottest diet trends around right now has to be the Paleo diet. With dozens of celebrity followers and even some high-end restaurants are taking note and putting Paleo food on the menu. Some might go so far as to say that Paleo is going “mainstream.”

Some people don’t like the name “Paleo diet” and often call it the “real food” diet. There are numerous followers of Paleo who were once vegetarian but found that being vegan sometimes gave people problems with weight (extreme gain or loss of weight), anemia, and other problems.

The one thing you will find that many Paleo followers agree on is how the removal of gluten from their diets has made them feel. While many people think of our modern society to be at the absolute pinnacle in regards to human development, our modern ways of manufacturing food has not made us the “super” humans that we should be. We eat everything modern “processed” foods have to offer us but we aren’t any healthier and we certainly don’t live long, disease free lives.

In fact, the opposite is true. Human beings today suffer from more chronic and seriously debilitating disease than we ever have in history. This leaves little doubt that our food choices can play a huge role in the development of either a life filled with health, or one plagued by chronic disease.

During what is called the Paleolithic period of humanity, which occurred thousands of years ago, we, as human beings, lived on a diet that mostly consisted of vegetables, fruits, nuts, roots, and some meat, all of which varied greatly depending on the season and availability.

The Paleo diet is based on scientific research that looked at the types and amounts of food that our hunter-gatherer ancestors lived on. The foundation of the Paleo diet includes lean meats such as bison and ostrich, organ meats, seafood, fresh fruits and non-starchy vegetables. Quite a shocking change from your typical American diet.

There have been some people that have called this “the caveman diet” because, when following the Paleo diet, you eat more in tune with the things your ancestors ate and, by doing so, you can avoid many of the diseases that are associated with our modern diet.

The typical Paleo diet might be a problem for some people.

While the typical Paleo diet can be a healthful change for many people, especially when you compare it to the typical American diet of sugar, fast foods, and processed foods, but it has some weaknesses that might be good to note.

One of the problems is portion control. Many people find that they miss some of their favorite foods and so they tend to eat more than they should of other items that are allowed. Although it’s hard to imagine eating vast quantities of spinach, many people have no problem eating vast amounts of fatty meats that can put their cholesterol levels through the roof. If you already have a cholesterol problem, this diet will only make matters worse. Read more how to reduce cholesterol.

Another issue for many is what some have called the Pleasure Principle. It removes some food items that we adore, things that can make us social creatures when we share certain foods such as ice cream in the summer, cakes for celebrations, alcohol for just about any social interaction. For some people, this will be their downfall as its hard to cut everyone a piece of your T-bone steak for your birthday. 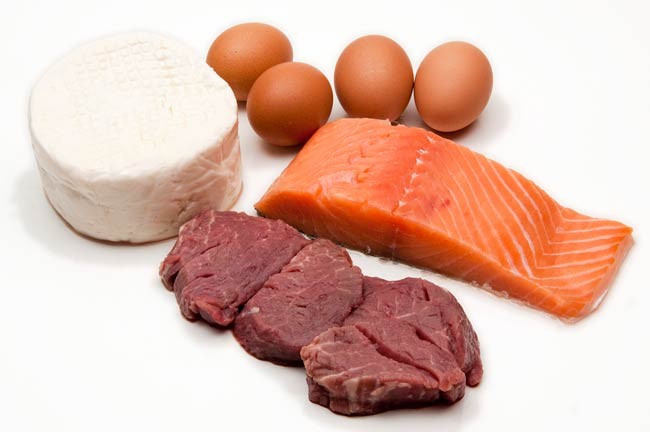 The Paleo diet is extremely high in protein. This is certainly better than eating excessive amounts of refined carbohydrates, true, but your body only needs so much protein and when you eat much more than you need, this can cause problems.

Most people only need about a half gram of protein per pound of lean body weight. To find out your lean body mass, find out the percentage of body fat and subtract that number from 100. For example, if you currently have 20 percent body fat, then this means you have an 80 percent lean body mass. So for most people, this means you don’t need more than 35 to 75 grams per day. Pregnant women and professional athletes might need about 25 percent more, but that’s it. Consuming more of that can stimulate a pathway in the body that seems to encourage cancer growth. Find out cancer causing foods.

Another problem, and the thing people seem to object to the most, is that it’s too low in carbs. For those who are used to eating a high carbohydrate diet, and then they suddenly reduce their carb intake to below 25 percent, your body will need to adapt to a scarcity of glucose, which can cause severe hormonal changes that can negatively impact your overall health. Although some people seem to tolerate extremely low carb diets just fine, others don’t do so well. Should you get an infection, your body will have a higher demand for glucose and you can really get into some severe problems should your carb intake remain too low for your body’s needs.

When you exchange carbs for protein it can actually cause serious health problems similar to eating too much sugar or too many grain based carbs. The Paleo diet calls for about 38 percent protein and 39 percent fat, which, for many, seems to be too much protein and too little fat.

The Paleo diet would be better for some people if it reduced protein and increased fats by adding healthy, high-quality fats such as butter, avocados, nuts, eggs, and coconut oil. The healthiest option is to be sure that your carbohydrates come from fresh, organic non-starchy vegetables such as greens, eat smaller amounts of high-quality protein, and eat a diet that is high in fat. Most people need between 50 to 85 percent fat in their diets, and for some people, even more than that.

SEE ALSO: 10 Things to Learn from Paleo Even if You Don’t Agree With It

The Paleo diet is supportive of intermittent fasting, but many people don’t follow this because it really isn’t highlighted. Intermittent fasting is probably one of the most powerful ways to drop weight while reducing your risk of developing chronic diseases such as diabetes or heart disease. There are many different ways to do intermittent fasting but perhaps the most simple way to do this is to schedule all your eating into a more narrow window of time, allowing at least 16 hours to elapse before eating again.

Take your individual needs and likes into consideration before you go all out Paleo. Listen to your body and do what feels right. If the Paleo diet makes you feel better and you are comfortable with it, then it’s good for you. Don’t be afraid to give it a few tweaks, so it can be perfect for you. If you aren’t feeling great after two or three weeks, make a few changes. Try eating less protein and more healthy fats as suggested above and see how that feels. Once you find the right fit, you will feel better than ever before.