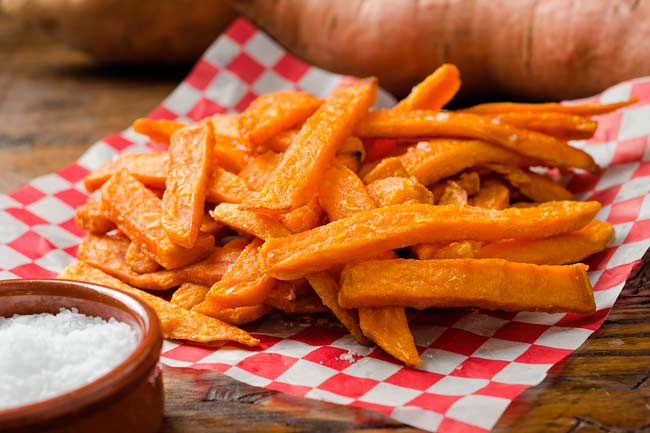 This is a hard one because they taste so good but potato chips, fried chicken, fried onion rings, fried zucchini, and the famous French fries have high levels of acrylamide, a well-known carcinogen that forms when foods are subjected to the very high temperatures of frying. This cancerous substance can form in just about anything fried at temperatures of over 250 degrees but French fries and potato chips have been found to contain the highest amounts of this substance.

Prolonged exposure to, or consumption of, acrylamide causes multiple tumors in animal’s studies. The International Agency for Research on Cancer lists acrylamide as a “probably human carcinogen.”

The National Cancer Institute, the Food and Agricultural Organization, along with the World Health Organization all state that acrylamide in foods are a major concern and more studies should be done. You should especially avoid foods (especially meats) that have been fried to the point that they are charred. (Sometimes called blackened) This is another well known carcinogen that causes stomach and pancreatic cancer. See more how fried foods are killing you.

Related Posts
be awarecancernatural remedies
Help Us Spread The Word!
Like Us On Facebook To Stay Updated!
I'm already a Naturalon fan, don't show this box again.