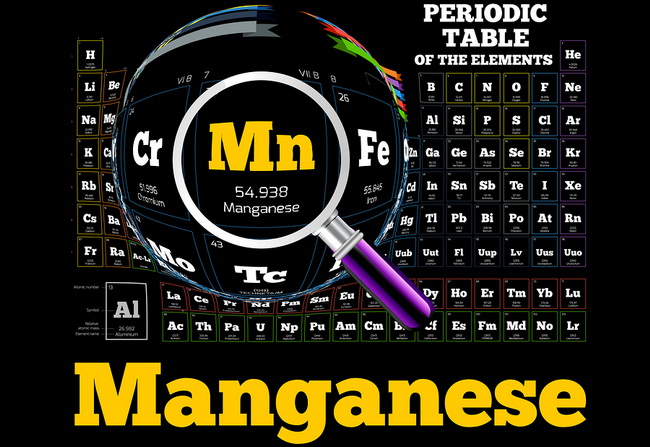 Manganese is a trace mineral that doesn’t get anywhere near the attention that calcium or magnesium does, but it’s essential for a huge number of biological functions in the body including wound healing, the development of bone, proper enzyme function, and nutrient absorption. Manganese is also a vital part of the antioxidant enzyme superoxide dismutase, which fights free radicals, known to cause cell damage and disease.

Although a manganese deficiency is rare because we don’t need too much of it, it can happen and it’s often seen through joint pain, fertility problems, and poor bone health. The current recommended daily intake of manganese is 2mg. It’s easy to get plenty of this important mineral through a proper diet.

The University of Maryland Medical Center says that as much as 37 percent of Americans don’t get even the minimum daily requirement. There is no reason to risk fragile bones, PMS, or fertility problems when manganese is so easy to obtain through some delicious food choices.

Keep reading for the top food sources for this vital mineral and get your manganese on!

This is not only one of the easiest and best sources of manganese but it’s perfect for vegans and vegetarians. Just one 28 gram serving of hazelnuts, for example, gives you 78 percent of your recommended daily intake. Other nuts such as pecans, almonds, cashews, walnuts, and macadamia nuts have more than 40 percent of your intake requirement.

Nuts are also a good source of vitamin E, omega-3 fatty acids, L-arginine ( a semi-essential amino acid that improves heart health), and plant sterols, which reduce your bad (LDL) cholesterol. Some people like to soak their nuts in water before they consume them as this mimics their natural germination process. This can help activate certain enzymes. However, eating raw nuts right out of the shell is good, too, so don’t get hung up on how to eat them, just go a little “nuts” every day!

Another great way to get your manganese is to include plenty of leafy green veggies such as kale, collards, and spinach. Almost all whole, organic veggies have at least small amounts of manganese, which is why those who eat a mostly plant based diet rarely have a deficiency! Pass the salad!

Beans are one of the oldest crops that have been continuously cultivated by humans. They are an important source of protein and consistently high in manganese. Just a half cup (about 85 grams) of Lima beans has about 1 mg of manganese. White beans, black beans, and chickpeas are also a treasure chest of manganese, so who’s up for bean burritos tonight?

Related Posts
foodshealthnatural remedies
Help Us Spread The Word!
Like Us On Facebook To Stay Updated!
I'm already a Naturalon fan, don't show this box again.