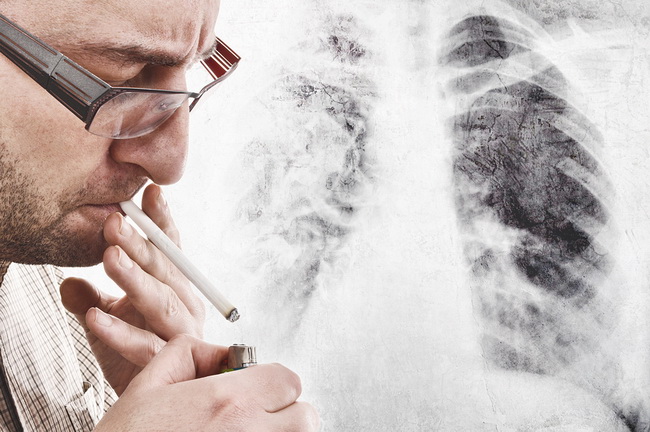 For some of us, this is difficult to understand, but a new study has discovered that about 10 percent of cancer survivors still smoke, some as much as 15 cigarettes every day. You are probably shaking your head right now thinking that these people must have a screw loose or something. After letting cigarettes ruin their lives, how can they not quit? Yep, that’s the right question alright. Cigarettes have been listed as the third most addictive substance in the world but the medications used to stop smoking can give people suicidal thoughts, horrific nightmares, and who needs all that on top of the surgery, chemo, radiation, right?

Unfortunately, doctors, surgeons, and hospitals have diddley squat when it comes to nutritional advice about how to quit. They only offer you surgery or toxic medications. Cancer is simply looking for a damaged body that has been depleted of nutrients and oxygen. Smoking, not only does both of those thing, but it actually reduces the effectiveness of cancer treatments, which will vastly increase the odds that cancer will return.

SEE ALSO: Why You Need to Quit Smoking Now Infographic

This new study was much longer than the one done in Massachusetts and it involved almost 3,000 cancer patients.  All subjects were part of the American Cancer Society’s Study of Cancer Survivors and were followed for 9 years after their original diagnosis.

It’s hard to decide if doctors are just naïve or if they are just plain insidious that they don’t blame the smokes themselves, nor the 7,000 chemicals, such as ammonia and pesticides, that go into cigarettes, and that smokers inhale with every puff, for cancer rates. The researchers of this study say that patients need more intervention to quit smoking. Let’s look at what is being done currently.