It’s no secret that there’s an obesity problem in a growing number of countries. As the years have passed, the finger has been pointed at one potential culprit after another. First it was fat, then it was carbs and on and on. There’s also the fact that there’s been an increase in the use of artificial ingredients in recent decades. These are important factors that deserve to be looked at, but new research suggests there could be some totally different factors at work that are contributing to the obesity epidemic—factors that wouldn’t have been a problem as recently as the 1980s. There’s also evidence suggesting that exercise and diet alone may not be as effective today as they were back then. What’s going on? What changed?

Researchers at York University in Toronto, Canada, wanted to determine if there has been a change over time in how effective exercise and dieting are in keeping off unwanted pounds. In order to do this, the research team analyzed data covering the exercise habits of over 14,000 Americans between 1988 and 2006, and the eating habits of some 34,600 Americans from the years 1971 to 2008. What they discovered was incredible.

The researchers found that all other things being equal, an individual in 2006 would still have a body mass index that was an average of 2.3 points higher than someone in 1988. That might not sound like much, but it’s a difference of almost 10 percent. Adults eating the same amount of food and exercising the same number of hours as adults in 1980s would still be 10 percent heavier.

What this means in practical terms is that someone trying to lose weight today would have to work harder to lose weight than someone 40 years ago. How did this happen? What’s causing this? If isn’t diet or caloric intake, it has to be some other factor or combination of factors, right?

Professor Jennifer Kuk, who helped author the study, didn’t arrive at any definitive conclusions about what the causes of this change are. She did, however, offer three possible causes:

1. A surge in the use of antidepressants

Think about how often you see antidepressant medications advertised on TV. It might seem so normal you don’t even think about it, but it wasn’t always like this. In fact, the era of modern antidepressants was ushered in with the release of Fluoxetine (Prozac) in 1987, around the same time that researchers began their analysis. This new drug belonged to a new family of antidepressant drugs called selective serotonin reuptake inhibitors, or SSRIs. As the years passed, more and more SSRIs were approved for medical use, and they became the antidepressant of choice for many doctors and psychiatrists. These drugs were initially praised for having fewer side effects than older types of antidepressants, but one of the side effects of SSRIs is weight gain. According to WebMD, up to 25 percent of people taking SSRIs can experience 10 pounds or more of unwanted weight gain. Considering that the number of SSRI prescriptions issued rose by a staggering 400 percent between 1988 and 2008, it’s safe to conclude that there are a lot of people who may being trying to lose weight, but are unaware that their antidepressant medication is making it harder for them succeed. 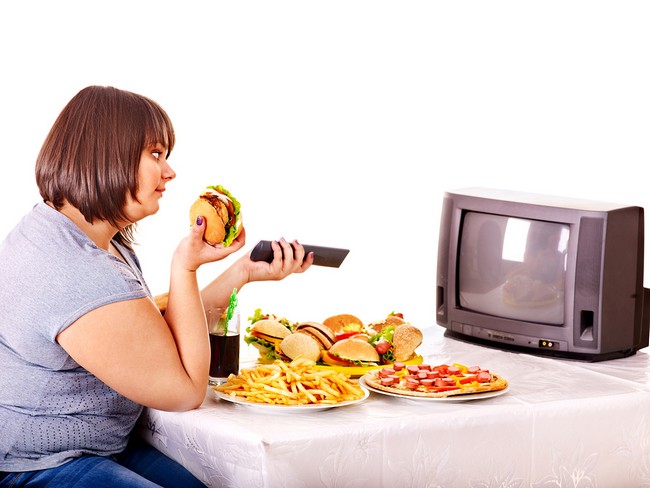 Another factor that might be making it harder for people to lose weight these days is the sheer number of artificial junk and chemicals they’re exposed to. Pesticide residue on produce is one culprit, and endocrine-disrupting chemicals in plastic, like bisphenol-a (BPA), throw off proper hormone balances in the body. Among other undesirable side effects, this can increase the likelihood of putting on weight.

3. Changes to the gut microbiome

Gut bacteria play a crucial role in helping break down nutrients in food and ensure proper digestion. The types of foods people eat can change the gut biome for better or for worse. There’s reason to believe that contemporary diets have influenced gut bacteria in a way that makes it easier for people to put on weight. One change between modern diets and those in the 80s is that people eat more meat today than they did back then. This meat frequently comes from animals that have been treated with growth hormones and antibiotics, and this alters the meat products that come from those animals. The increased consumption of processed foods and artificial sweeteners could also be affecting the gut bacteria in negative ways, and make it more difficult for those affected to lose weight.

The best thing you can do is to continue exercising and eating clean, and reduce your exposure to harmful chemicals as much as you can. With regard to SSRIs, this is a complicated issue, and people who take them need to work with their doctors to find the ideal ratios for their medication, or if they should even be taking them at all. If you are concerned that your SSRI medication might be making it harder for you to lose weight, speak to your doctor about what the options are. Everyone’s body and brain are different, so perhaps they might recommend switching to different medication or dosage.

Related Posts
be awareside effectsweight loss
Help Us Spread The Word!
Like Us On Facebook To Stay Updated!
I'm already a Naturalon fan, don't show this box again.