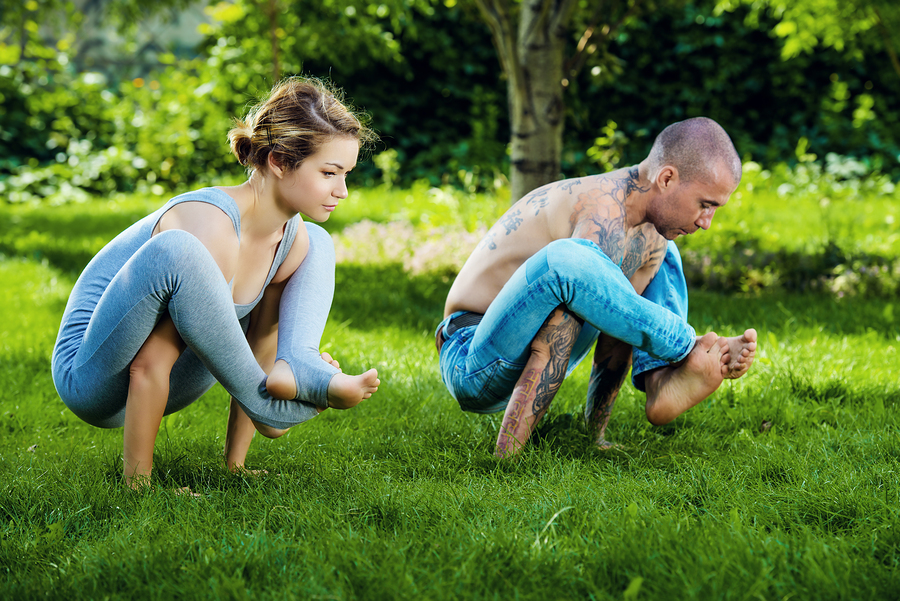 Yoga has become enormously popular in developed countries in the Western world over the past 20 years. Originating in ancient India, yoga has traditionally been a blend of breathing exercises, physical movements, and ethical and spiritual practices. When it became popular in Western countries beginning in the 1980s, it was adopted primarily as a new form of exercise. Soon fitness magazines began filling up with pictures of newly-minted yogis and fitness models performing challenging and, to many people’s eyes, exotic poses.

This is where problems can occur. Many people try to imitate the poses they see performed by experts, or even by other students in their yoga class, and end up hurting themselves. This is because traits like competitiveness, which might be beneficial in other physical pursuits, can actually be counterproductive or even dangerous in yoga.

Why Yoga Is Different

For many people, physical activity can be a competitive, ego-driven thing. In sports, you must compete in order to win. Exercises like weightlifting can be competitive as well (trying to lift more than your friends, etc).

Even if you’re not directly competing against someone else, you may be competing with yourself: trying to beat an old record on the bench press, running a mile … you get the idea. Most of the time, this can be a healthy and beneficial attitude to have toward sports, exercise, and indeed many areas of life.

Yoga, however, is different. As with anything, it is important to try your best, but yoga isn’t a competition between you and others or you and yourself. Not only is it counterproductive, it can even be physically dangerous to approach yoga with this mindset.

As yoga has gained popularity over the years, doctors have begun to notice an increase in injuries related to yoga among their patients. This commonly occurs in yoga students who either were trying yoga poses on their own without any proper instruction, or with yoga students who adopted a competitive attitude toward the poses.