10 Fruits And Vegetables In Season During November 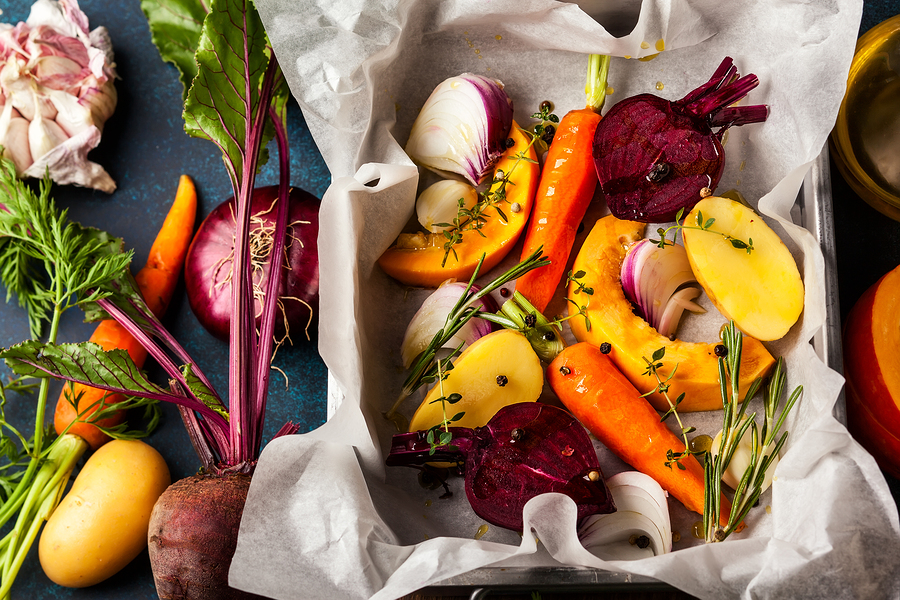 You might not think about it much, but produce that has been picked in its proper season has actually many reasons for being healthier and better for your body. Each month, there is different produce that is considered in season and is at its optimal freshness and taste. Scientists have actually found that eating in-season produce is better for you because the produce is allowed to fully ripen on the plant before being picked. This means that the fruit or vegetable has been allowed to pull as much nutrition from the soil and sun as possible. Also, the more sun exposure, the higher the levels of antioxidants in the plant and the fruit it produces.

This idea was heavily supported after research conducted in 1997 by the Ministry of Agriculture, Fisheries and Food in London found that the nutritional content in cow’s milk was much higher in the summer than in the winter. This was due to the food that the cows ate – the nutrient-rich grass in the summer made nutrient-rich milk while in the winter the cows ate mostly hay and thus had lower nutrient numbers in their milk.

In season produce is also cheaper for you to buy because of simple supply and demand. When there’s an abundance of a certain type of produce, the prices go down. This abundance usually happens when the produce is at its harvest time. Also, seasonal produce can be left to grow on its own more without the use of so many pesticides and chemicals which translates to fewer chemicals going into your body and better overall health for you.

So if you’ve been looking for ways to clean up your food and live a little more healthy, eating seasonal produce is definitely a place to start. Despite what you may think, even the winter months have plenty of produce that is still harvested at this time and considered fresh right now. Take a look below at 10 different fruits and vegetables that you can eat without guilt this November.

These Vitamin-C potent vegetables are actually the unopened flower bud of the thistle plant and they are a great natural source of Vitamin C in the winter. This vegetable has been more and more used in recent years and has gained a reputation as a versatile and delicious savory veggie.

The funny-looking vegetable actually grows as a stalk, although most stores cut the small cabbage-looking sprouts off the stalk and sell them separately. The veggie is full of fiber, Vitamin K and Vitamin C as well as being low in calories and containing small amounts of many other vitamins and minerals.

Almost the whole plant is edible of this vegetable including the fronds, bulbs and stalks. With a faint taste of licorice, fennel is usually a love it or hate it veggie, but don’t give up on it if you’ve had it once and didn’t like it. There are many variations and styles of dishes with fennel and it is particularly popular in Mediterranean dishes.

The most colorful of the leafy vegetables, chard is a nutritional powerhouse with plenty of Vitamin A, K, C as well as magnesium, potassium, iron and fiber. It has a slightly bitter taste but it can be eaten both raw and cooked in dishes.

The common vegetable is sometimes misunderstood and thought of as being nothing more special than a potato but turnips are quite versatile. Their taste can be thought of as a combination of radishes and arugula and they can be eaten raw in salads or added to stews and soups for a comforting dish that still adds nutrition.

The tart fruit is a staple when it comes to the holidays and for good reason. The harvesting season for cranberries starts in late September and ends in November and cranberries can stay in the fridge for a month or two even after picked.

Oranges are naturally harvested from November through March, even though you can find them in the grocery stores all year long. The natural harvest time will provide fruits with the highest amount of nutrients though, so the vitamin C packed fruit will be even more potent during these months.

This unique fruit is known for the fact that it both the peel and the middle of the fruit can be eaten. The peel is actually sweeter than the tart middle and this creates a wonderful effect when the fruit is eaten as a whole. Just like most citrus fruits, kumquats are full of vitamin C, but they also have more fiber than most citrus fruits because of the peel.

Another interesting fruit, persimmons are inedible before the first good cold, when they turn softer and sweet. The fruit resembles a tomato with even more Vitamin A and is best eaten when it is quite soft. Depending on the variety, it will be softer or still somewhat crispy and some varieties are so soft and sweet that they resemble honey and can be eaten straight out of the skin with a spoon.

Another staple on holiday tables, pomegranates are a favorite of children for the interesting way they are. Unlike most fruits, pomegranates have kernels that can be individually picked from the skin. Full of antioxidants, the fruit numbers between 200 and 1,400 antioxidant capacity for each kernel of goodness.

There’s certainly enough produce to pick from, even this late in the year, that is still ripening and at its peak season. Eating in-season produce is not only better for your body but also for your wallet as in-season produce is usually cheaper due to supply and demand as well as being found at local farmers for cheaper prices. In-season produce is also more nutrient rich and will deliver even better effects for your body. Try fruits and veggies such as pomegranates, kumquats, cranberries, chard, turnips and brussels sprouts for an extra boost of nutrients and better health.