10 Ways To Improve Productivity And Feel Good Doing It!

If you want to improve productivity and be happy about it, then you need to dramatically increase the dopamine levels in your brain.

“How the heck can I do that?” you might be asking yourself. Believe it or not, it’s not nearly as difficult as it sounds.

Who doesn’t want to be more focused, improve your motivation, become more productive, and feel happier all at the same time? Everyone does, of course!

We are going to tell you 10 ways that you can increase your dopamine levels starting today: No pills, no doctors, no fancy gadgets, just you and few helpful tips.

Keep reading! Who knows? Perhaps by this time next year, your boss will be handing you a great big promotion!

1. Clean Out the Toxins

As amazing as our bodies might be sometimes, they still accumulate toxins, yeast, and tons of bacteria that is hard on the body. Endotoxins cause the immune system to become overloaded and inhibit the production of dopamine in the brain. Get rid of those endotoxins by eating more fermented foods such as kimchee, sauerkraut, and pickles; getting plenty of sleep; avoiding sugar; and doing a good detox program once or twice each year.

While there are plenty of other ways to increase dopamine levels, sometimes we are facing a time crunch. There are a couple of supplements you can take, if you like, to give you that push start on the road towards increasing dopamine levels:

Believe it or not, your “to-do” list can increase dopamine levels in the brain. It doesn’t matter if the task is large or small — for some reason, when we feel organized and complete tasks, checking them off of a list stimulates the production of dopamine. This is probably due to the satisfaction that we feel when we check off those completed tasks. So write down even the mundane and then check that puppy off your list for a dopamine rush. 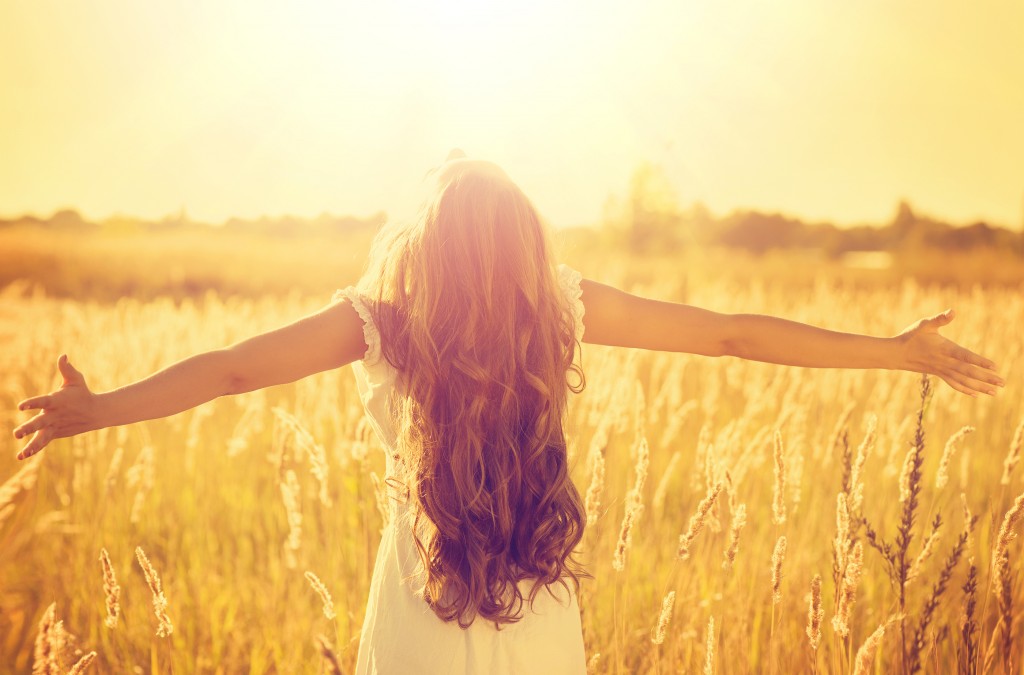 It seems like every year, scientists find more and more health benefits to meditation. As we mentioned earlier, the brain easily becomes addicted to many different ideas and things, one of which is overthinking. This is a genuine compulsion that has an overall negative effect on us. Meditation has been shown to increase dopamine levels. Practice meditation for at least a few minutes every day.

When people are in a more creative mood, whether it be painting, sculpting, dancing, singing, or writing, they become super focused and enter a state which is referred to as “flow.” Dopamine is the brain chemical that allows creative people to enter this state. Increase dopamine levels by taking up a creative hobby.

Every notice how music can make you feel happy or sad? Energized or depressed? Listening to upbeat music definitely increases dopamine levels in the brain. The truth is that listening to music has the same effect on us as eating our favorite food or watching our favorite television program. So put on some upbeat music, and feel free to rock out!

You probably are well-aware of the long list of reasons why you should exercise, and we are about to add one more to it. Exercise not only relieves stress, but it also improves our dopamine levels. In fact, exercise increases several neurotransmitters. By the way, you don’t have to run a marathon to get the dopamine going either; just going for a nice walk or climbing the stairs will give you a dopamine jolt you can count on!

Of all the chemicals that make up dopamine, none are as vital as tyrosine. It is very important that you get plenty of tyrosine-rich foods into your diet. Add more foods such as

Like your “to-do” checklist, getting a streak going is an easy way to increase dopamine levels. A streak is a visual reminder of how many days in a row you have accomplished something. Find or make a calendar especially for this purpose. Write down whatever goal you might have and then mark it off on your calendar with a big red checkmark. For example, if you want to go to the gym on Monday, Wednesday, and Friday, then every time you do that, put a big red X on that day of the week. Soon you will see a calendar full of big red X’s, which will put your brain right on the dopamine train to feeling good!