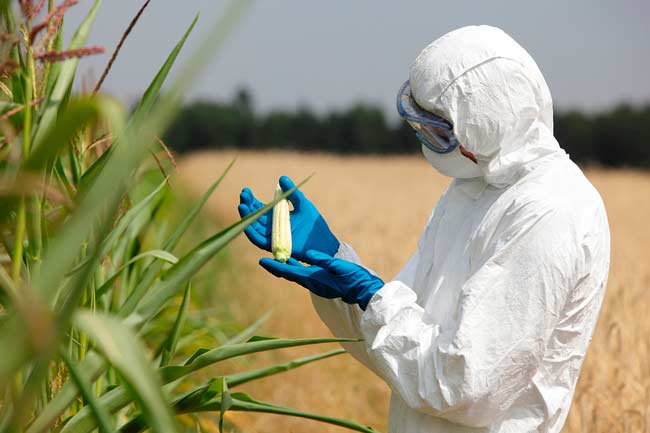 The FDA has NO testing procedures for GMO foods, NONE.  The only human study ever published showed that those foreign genes that are present in GM food transfer to the DNA in the bacteria in our digestive systems. We, the American consumer, are the guinea pig (or rat) in this case.  Unfortunately, almost all grains, including soybeans, wheat, and corn, have been grown via GMO’s.

GMO’s do not have to be listed on food labels, so read carefully and look for labels that state the food is GMO free. As of this writing, the major crops that are almost exclusively GMO are corn, canola, soy, and cotton. There are others such as yellow squash, zucchini, and Hawaiian papaya. Be aware that, by law, companies don’t have to list that their product is, or that it contains, GMO products, or in the case of dairy and meat, that the animal was fed GMO.

The only way to be certain that your food is not GMO, nor contains GMO, is to look for labels that say organic or “contains no GMO”. If it doesn’t say those things, then think twice about buying it.