12 Plants That Are Toxic to Children and Pets (#12 is Super Popular, Too!) 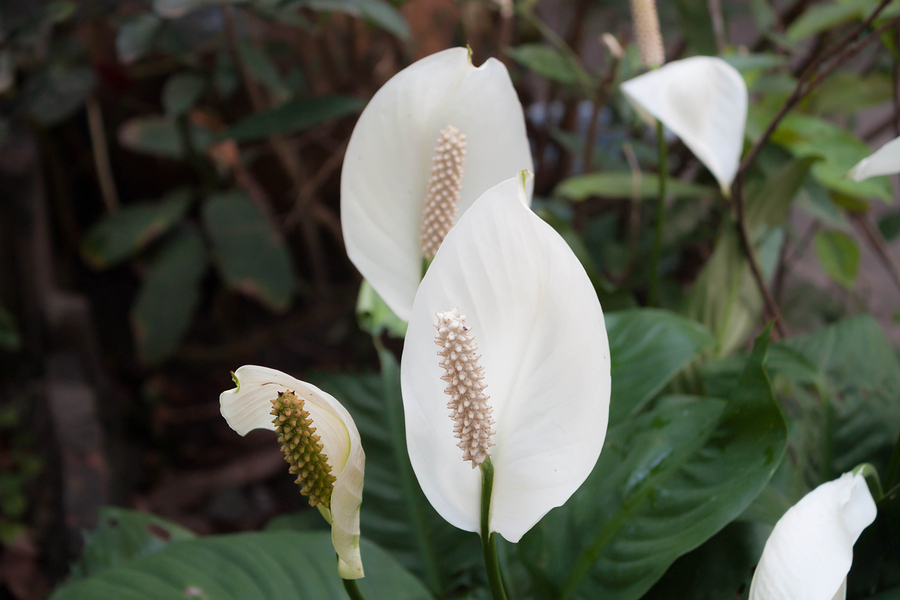 You see peace lilies everywhere: homes, businesses, offices, and even hospital rooms. They enjoy low light conditions and have beautiful white flowers that last for months. Peace lilies (psathiphyllum) are not actually a lily, but that is their common name. These are excellent air purifiers, but they can cause painful symptoms and even death if consumed. Like dumb cane, symptoms include burning of the lips, mouth, and tongue, swelling of the throat and tongue, difficulty speaking, swallowing, and breathing, vomiting, and diarrhea.

Oleanders are common bushes that are prized for their quick growth and abundant flowers. The hotter the climate, the more flowers they produce. Many people grow them as natural fences. You will often find them growing along freeways as natural borders. Unfortunately, this is one of the most toxic plants around. The flowers smell sweet and they produce a tiny drop of honey, but there are numerous reports that eating just one leaf or just a few drops of the honey has caused death in adults. Most adult deaths occur after making a tea from the leaves, but this plant is so toxic that even just chewing on a leaf can cause death in a small child. This one is best left for the freeways, especially if you have any livestock, such as pet goats, that might mistake this plant for food.

Beautiful, colorful hydrangea, with its bowl shaped flowers, is very beautiful and common in many yards. Eating the flowers can cause intense stomach pain, vomiting, diarrhea, and difficulty breathing. Eating large amounts can lead to coma or death. This plant is also poisonous to pets.

Sometimes called mother-in-law’s tongue, snake plants are another very common household plant that you see in offices and businesses because they are easy to grow and need very little light. They are also excellent at cleaning the air. They have sleek, sharp, sword-like leaves that need almost no care other than a little water every now and then. For humans, the toxicity level is pretty low. Symptoms would be short-term mouth pain, nausea, and excessive salivation. Pets experience the same symptoms and vomit for a short time. They aren’t considered to be deadly, but they will cause some very unpleasant symptoms.

This is another popular houseplant that grows in a long, trailing vine that many people enjoy growing both inside and outside the home. Unfortunately, it is deadly if consumed. Humans, pets, even livestock have been killed from eating just a few leaves or after trying to make a tea from the leaves. Symptoms are difficulty breathing, intense vomiting, convulsions, coma, and paralysis.

READ ALSO: 12 Of The Best Plants For The Bedroom For Cleaner Air And Better Sleep

These very popular plants are sold in pots, usually around Easter, but many people like to transplant the bulbs to their outdoor gardens later on so that they will bloom again the following year. Calla lilies, like other lilies, are poisonous if consumed, especially their bulbs. If you have small children or pets, you might want to consider keeping your calla lily in the pot on a high table, then storing it out of reach during the winter months in the garage, and then returning it to a sunny windowsill so that it can bloom again the following year. Your calla lily will bloom again and again in a pot without transferring it to the yard.

Of course, this list is not all inclusive, but these are some of the most common plants that are toxic or poisonous. You might want to think twice if you have any of these around your home.

Related Posts
be awarehealthkid's health
Help Us Spread The Word!
Like Us On Facebook To Stay Updated!
I'm already a Naturalon fan, don't show this box again.