12 Proven Health Benefits of Spirulina (#7 is Nothing Short of Outrageous!) 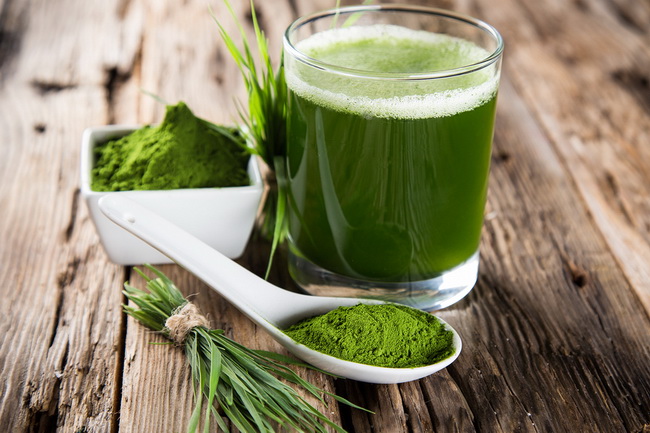 Have you heard about the popular sea vegetable called spirulina? It seems a great many people have been talking about it lately, everyone from celebrities to professional athletes. With its numerous health benefits, spirulina is true super food that should be a part of your diet plan.

What exactly is spirulina? This bluish-green colored algae has been harvested and consumed by the Aztec natives of Mexico for untold thousands of years. It is super rich in protein, carotenoids, powerful antioxidants, vitamin E, zinc, iron, B complex vitamins, and an essential fatty acid called gamma-linoleic acid.

Want to know what spirulina can do for you? Keep reading for the 12 scientifically proven health benefits of spirulina and why you should hop on the spirulina bandwagon.

Scientists have discovered that one pigment in spirulina, phycocyanin, is an antihypertensive agent. This means it can lower blood pressure naturally. Researchers in Japan say that eating spirulina can even reverse endothelial dysfunction for those with metabolic syndrome. This is important because metabolic disease is rampant in America, causing heart disease, stroke, and diabetes.

Numerous studies involving animals have shown that spirulina lowers blood sugar levels. In fact, some studies have shown that this alga is even more effective than some common diabetes drugs such as Metformin. One small study involving humans, published in the Journal of Medicinal Food, found that 25 subjects who had type 2 diabetes had significantly lower blood sugar levels after taking just 2 grams of spirulina over the 60-day study period. Of course, you should never consume any type of supplement, nor should you stop taking your medication, until you speak to your doctor first.

Has your fitness trainer mentioned spirulina to you? There is a good reason why. You might have also read that numerous athletes take spirulina to minimize damage caused by exercise-induced oxidative damage. Although produce such as berries and other vegetables can do this, spirulina is easy to add to your diet and works even better. One study, published in the Medicine and Science in Sports and Exercise journal found that supplementation with spirulina not only caused a significant increase in performance but increased muscle strength. This study was small, involving only 9 athletically trained males who received 6 grams of spirulina each day or a placebo over a 4-week period, but there are also other studies that reached this same conclusion. If you want to go further and get improved muscle strength, this is the supplement for you.

Numerous studies involving animals have shown that spirulina increases the body’s production of antibodies, including cells that improve the immune system, and infection-fighting proteins, according to the University of Maryland Medical Center. More than 70 peer-reviewed studies have been published evaluating this algae’s effect on cancer cells. Rich in tetrapyrrholic compounds, spirulina is a potent antioxidant and anti-proliferative agent that can stop cancer cells from dividing and spreading. Studies found that when spirulina was tested on pancreatic cancer cells, spirulina decreased the proliferation of cells in tests done in vitro.

There are several different types of anemia, but the most common type is a reduction in the red blood cell count. Anemia gives people prolonged feelings of fatigue and weakness. One study, conducted by researchers at the University of California, found that taking spirulina supplements helped 40 senior citizens with a history of anemia. Results showed that spirulina increased the hemoglobin content of red blood cells. Spirulina also improved overall immune function.

Candida is a normal fungus that lives in the body, but overuse of antibiotics or a compromised immune system allows candida to take hold and grow out of control in the mouth, digestive tract, nasal passages, and the vagina. When the flora of our bodies is out of balance, we are much more susceptible to disease and illness. Believe it or not, candidiasis is the leading cause of mycosis related death in America, and candida overgrowth is a huge marker for most autoimmune diseases. Spirulina is a very effective anti-microbial agent, inhibits the growth of candida and encourages the growth of the healthy bacteria in the body. 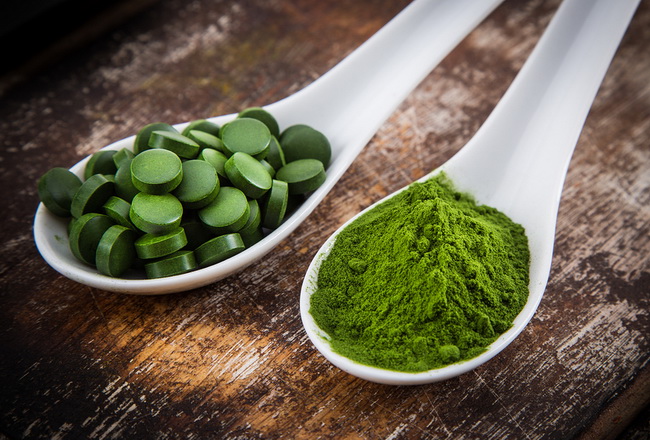 7. Help for Those with HIV/AIDS

It’s interesting to note that people in Japan, Chad, and Korea have very low rates of HIV/AIDS. Up until recently, this has been a mystery, but scientists believe that they might have the answer. A 2012 study, published in the Journal of Applied Phycology, involved 11 HIV subjects who had never taken antiretroviral. This group was split into three, with one part given 5 grams of brown seaweed each day, the second group 5 grams of spirulina, and the third group consumed both. After the three-month study period, the CD4 cells (which are the T-helper cells that fight infection and are used to stage HIV) and the HIV viral load cells remained stable. Researchers were surprised to see that there were absolutely no side effects whatsoever from those who consumed the seaweed or the combination. In fact, the subjects said that they felt so much better that they agreed to continue consuming the spirulina and seaweed for an additional 10-month period.

Allergic rhinitis is what your doctor will call seasonal allergies, which are triggered by pollen, dust, and other environmental factors such as animal hair or wheat dust. To help stop these types of allergies, many people take spirulina. In a study conducted at the University Medical Faculty in Turkey, 127 subjects who suffered from these types of allergies consumed 2 grams of spirulina each day. At the end of the study period, results showed that those who consumed the spirulina experienced significant relief from all symptoms of allergic rhinitis, such as sneezing, nasal congestion, and itchy, watery eyes, when compared to the placebo group.

When you consume spirulina, it takes more energy to metabolize this protein, which can help you burn fat and maintain muscle mass. Spirulina is also said to curb the appetite and appears to work best for those who are trying to lose weight rather than maintain it. To get the most from spirulina, try consuming it either in the morning or at midday.

Chronic arsenic toxicity is a problem all over the world. Many people in the US appear to have no knowledge that inorganic arsenic is naturally present at high levels in our water and food supply. Spirulina is used in many countries, such as Bangladesh, to help stop arsenic poisoning. Spirulina helps to remove heavy metals from the body and appears to be particularly effective against arsenic. One study found that subjects who consumed a mere 250 mgs of spirulina had a 47 percent decrease in the amount of arsenic in their bodies when compared to the placebo group.

Studies done involving lab animals have shown that spirulina can offer some powerful protection for the liver. This is due to its high antioxidant compounds and its ability to synthesize nitric oxide. When compared in studies to the top antioxidant foods, spinach and blueberries, spirulina had the largest neuroprotective effect. This is believed to be due to spirulina’s anti-inflammatory compounds and its unequaled ability to stop free radicals.

Is it any wonder that spirulina truly deserves the title of “super food”?

Please note that pregnant women should not consume spirulina, and that others have experienced discomfort, such as headaches, thirst, rapid heartbeat, nausea, vomiting, and general stomach pain, from consuming this type of algae.

If you are consuming any prescription medications, if you are under a doctor’s care for any type of health condition, or if you are just not sure if spirulina is for you, please consult with your doctor before consuming this supplement.

You should also start off slowly, taking small amounts and then gradually adding more to see how your body adjusts to spirulina.

Always choose spirulina from quality sources, preferably from Hawaii. Spirulina from Japan used to be the best quality, but since the Fukushima disaster, which has yet to be contained, it is suggested that you avoid this product for the time being.

Related Posts
bodyhealth benefitsnutrition
Help Us Spread The Word!
Like Us On Facebook To Stay Updated!
I'm already a Naturalon fan, don't show this box again.