Hating corporate America seems to be in style now but that’s not the reason for this article. Ok, big corporations are a huge convenience, it’s true. You can find those little mini-markets ( you know the ones with numbers for a name) on every corner and when you are looking for a lottery ticket for Powerball that night, that’s important, right? Who has time to search for a store that sells lotto tickets when you’re working those 60 hour weeks, hitting up your spin class on Wednesdays and Saturdays, not to mention that annoying thing called sleep that you are forced to do.

Wow, but is there any place more convenient (or more corporate for that matter) than that famous coffee shop with drinks that costs big bucks? Somehow, their marketing geniuses have made a billion dollar market for something no one really needs. For those of you shaking your head, coffee is a want, a like, not a need. Somehow humans have survived without it for centuries, ok?

But if you want to be more socially responsible, not to mention a whole lot smarter, then now is the time to ditch that 40 or 50 dollar a week habit. There are numerous places you can buy coffee that are a lot cheaper, not to mention better tasting, than the almighty Big Coffee Bucks! 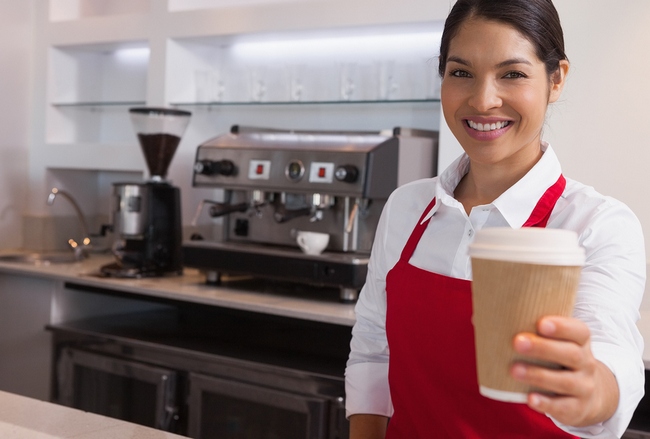 Check out the top 5 reasons you should dump this place like the bad habit that it is.

Do you go out of your way to buy organic produce? Then why don’t you do the same with your coffee?  Coffee plants are some of the most heavily sprayed crops around and only 1 percent of the Big Coffee Bucks coffee is organic. Read more about top companies that kill the wrold with their pesticides.

Their decaf isn’t any better. It still comes from coffee beans that are liberally laced with pesticides. By the way, do you know how decaf coffee is made? It’s produced by soaking the beans in toxic solvents such as methylene chloride or ethyl acetate (Google those little toxic jewels) these things are deadly to your kidneys and liver but Big Coffee Bucks doesn’t seem to care.

There are ways to make decaf that involve using water but Big Coffee Bucks doesn’t use that. In fact, in 2007, Consumer Reports put even fast food coffee above Big Coffee Bucks. Wow. Think about that for a minute.

As if 5 bucks wasn’t enough, for some reason, Big Coffee Bucks felt like, well, like they needed MORE bucks! They simply weren’t making enough money off of you and they felt confident that you would pay more and, son of a gun, you are, aren’t you?  You should feel violated.

The milk that Big Coffee Bucks uses comes from those factory farmed cows that are commonly called concentrated animal feeding operations (CAFO’s). Factory cows are injected with massive amounts of antibiotics during their entire lifetime while being fed GMO corn.  As a matter of fact, Big Coffee Bucks is a big supporter of the Big Dairy industry.

Don’t be fooled by that “organic” word. Somehow they think GMO means organic. The only healthy soy is fermented soy and Big Coffee Bucks doesn’t use that.

In fact, Big Coffee Bucks soy milk uses an ingredient called carrageenan, that, because it’s from seaweed, sounds harmless, but the truth is that this compound can cause an inflammation of the intestines. Some say that it becomes a carcinogenic when it’s consumed by humans.

Ok, so when we’re talking about convenience, of course we are talking about things to go, which means single use cups, which means tons and tons of landfill junk. Yes, Big Coffee Bucks is offering some of those “reusable” containers (and charging you extra for it! As if caring about the environment is your concern, not theirs!). However, those cups aren’t easily recycled and they only last about a month to 6 weeks, depending on how much they are used. Seriously, wouldn’t it be better to just use a stainless steel tumbler and fill up at home or someplace else?

By the way, if you have never tried coffee from that numbered mini-market, it’s pretty darn good and very cheap. No barista but, hey, no barista means no tip to leave!

Blogs.miaminewtimes.com
(By the way, if you’re enjoying this article, you may want to subscribe to the Naturalon’s free newsletter; get breaking news alerts on GMO’s, fluoride, superfoods, natural cures and more… You privacy is protected. Unsubscribe at any time.)

Related Posts
be awarehealthy drink
Help Us Spread The Word!
Like Us On Facebook To Stay Updated!
I'm already a Naturalon fan, don't show this box again.