No one likes to waste money, and throwing out leftover food feels like throwing good money in the trash. Organic food is not cheap, so it only makes sense that people try to reheat leftovers whenever possible.

However, did you know that some foods can actually turn poisonous if they are reheated? It’s true! Although some foods are perfectly fine to reheat, others are absolutely not. The chemicals in some foods change once they have been heated and then cooled.

Not all of these foods are downright poisonous, and some of them will only give you symptoms of food poisoning like vomiting and diarrhea, but who the heck wants a big plate of that?!

Knowing which foods you should not reheat is a great way to save money. Once you are aware that certain food items should not be reheated, you will only make enough for one meal and not have to throw anything away.

Here are the eight foods that you should never reheat or be extremely careful about how you do so.

If you have ever had reheated mashed potatoes you know that they can be pretty darn tasty, but most people do not know that potatoes lose almost all of their nutritional value once they are reheated a second time.  Also, if you reheat them to a super high temperature (which frequently happens when we use microwaves), they can actually change their composition and become poisonous. Take great care when reheating potatoes, cooking them slowly and never heating them to excess.

Spinach is a super healthy food that many people enjoy in their salads, but there are plenty of people who enjoyed cooked spinach as a side dish. Spinach is one of those foods that should never, ever be reheated. Once cooked and then cooled, spinach releases nitrates. These are very harmful to the body and are a known source of carcinogens. Eat it cold or throw out the leftovers.

Of the eight foods on this list, mushrooms present the biggest health risk. Mushrooms are often added to many cooked dishes, but they should be eaten immediately or consumed cold the next day. Once heated, mushrooms change in their physical composition. They not only have a definite change in flavor, but they can cause you severe digestive problems.  If they are a part of a dish, remove them before reheating.

Reheating rice has been the subject of debate for eons. The problem with reheating rice is what happens after the rice has been cooked to begin with. Many people believe that since rice contains no fat or animal meat, it can be left out on the counter. Some people even leave rice dishes out on the counter or on the stove all night. Once cooked rice is left sitting out at room temperature for long periods of time, it tends to grow a very dangerous type of bacteria that causes symptoms of food poisoning. If rice is stored in the refrigerator, then there are no issues with reheating it. Never leave rice sitting out for more than an hour. Refrigerate it promptly, or throw it out!

Although most people store celery in their refrigerator and eat it fresh, sometimes celery is used in soups or casseroles. Just like spinach, once celery is heated it releases nitrates when it is cooled and then reheated. If you put celery in a soup or casserole dish, eat the entire dish or throw the leftovers in the trash. 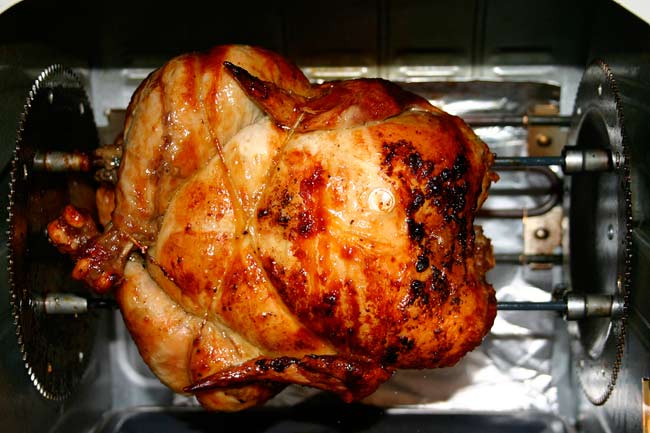 There is a good reason most people store their chicken in the fridge and then  eat it cold the next day: The high level of protein in chicken changes once it is cooked and then cooled and reheated. Like mushrooms and rice, eating reheated chicken, especially if it is reheated to a high temperature, can cause symptoms of food poisoning. Chicken can be safely reheated, just don’t use the microwave. Put it in the oven or a toaster oven to heat it slowly but thoroughly. Yes, this takes more time than simply popping it in the microwave for a few minutes, but reheating it slowly will save you from driving the porcelain bus the next morning.

Just like celery and spinach, once cooked, cooled, then reheated, beets release high levels of nitrites. If you like your beets roasted, cook only enough of them to eat for that meal, then toss the leftovers. Beets should not be reheated. If you enjoy cold beets, then there is no problem.

If you cook eggs for breakfast, no matter if they are scrambled or fried, and then leave them for the late riser in your household, you should tell them to just eat them cold. Eggs, like chicken, can create toxic substances when cooked, cooled, and then reheated, especially when you subject them to the high temperatures of a microwave.

It might sound silly, especially if you have reheated these foods and eaten them before with no problem. You might have been lucky in the past, but unless you would like to experience a nasty case of food poisoning, you are advised to quit while you are ahead and avoid reheating these foods.