Everyone loves the taste of blueberries, and many of us know that these little bluish-purple gems are true super foods, but just when you thought blueberries couldn’t possibly get any better, research has found that freezing this fruit actually increases it’s nutritional content.

A food science major at South Dakota State University conducted a study that discovered that frozen blueberries are just as nutritious as fresh ones, even after being frozen for 6 months. 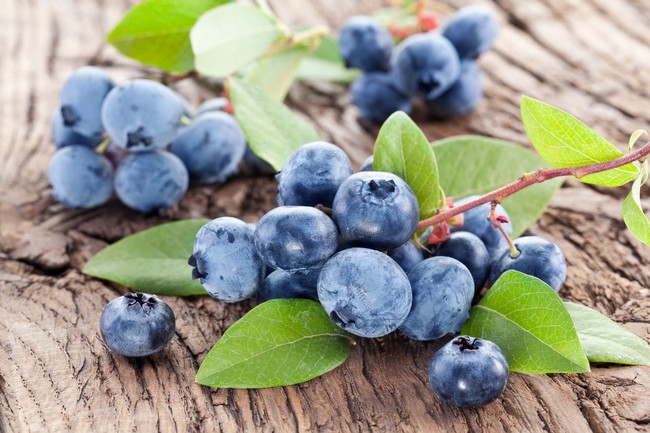 In fact, the study showed that freezing actually increased the concentration of anthocyanin. It appears that the ice crystals that form from the freezing process disrupt the actual structure of the plant tissue, which makes these anthocyanins more available. Antioxidants, such as anthocyanins are compounds that provide multiple systems in the body with protection.

Blueberries just might be the world’s healthiest food, right up there with pomegranates and strawberries. Consuming all of the colors of the rainbow, when it comes to food, is the healthiest way to eat. Anthocyanin simply works wonders in the body and this is the colorful pigment that gives many of our foods their bright colors. Almost as if nature is enticing us to eat these healthy foods! ‘

Blueberries are best eaten frozen or fresh, rather than eating them in baked goods like pancakes and muffins, as raw blueberries will give you the greatest nutritional benefits as well as the best flavor.

These fruits are native to North American and the Native American Indians have been eating and enjoying them for hundreds of years. The humble blueberry is now enjoyed around the world and is one of the most popular dessert ingredients in the world!

Check out the 8 healthy benefits that beautiful blueberries offer us.

One study discovered that adults aged 76 and older, that were fed blueberries every day for 12 weeks (about 2 cups per day) performed significantly better on two different cognitive function test, including memory tests, than those who did not eat this super food.

It’s been proven that blueberries protect the retina of the eye from unwanted sunlight and damage from oxygen.

As we’ve mentioned earlier, blueberries have a wide range and variety of antioxidants, all of which are highly beneficial to the body. These nutrients provide the body’s nerve cells with protection from oxygen damage. The nerve cells are constantly at risk for oxygen damage, and therefore need constant protection.

The anthocyanin in blueberries improves mental fluidity as well as memory and can help protect us against the loss of brain cells. They stimulate nerve cell growth while facilitating improved communication between nerve cell processes, which, in turn, slows the aging process.

Even for diabetics, blueberries can have a favorable impact. For those who consume a minimum of three servings every day, there was a significant improvement in the regulating of their blood sugar levels as berries, in general, have a low glycemic index. Foods with a glycemic index of 50 or low are considered to be low in their glycemic values. Blueberries, along with all other types of berries, have scores in the 30 to 40 range.

Scientists at the University of Bucharest found that blueberries even offer protection from heavy metals. The extract in blueberries created a type of force field or barrier against cadmium, and protected cell from toxic heavy metal damage. Read also about top foods that detox your body from GMOs.

The antioxidant protection that blueberries offer your digestive tract is due to the combating of damaging free radicals, some of which can cause cancer. Blueberries play an important role in battling colon cancer.

So keep a bag of organic blueberries in your freezer and find reasons to grab a handful a couple of times per day!