Unfortunately, in today’s world, you most like have cancer, had cancer, or know someone who does. In Canada alone, one million people in 2009 had a diagnosis of cancer within the previous 10 years. Two out of every 5 people living in Canada will develop cancer in their lifetime and one in four will die from it. In the US, it’s 50 percent of men and one out of every 3 women that will develop cancer.

These rates continue to rise despite our best efforts at eradicating it. More and more people are asking important questions about the food we are consuming and the environment around us. 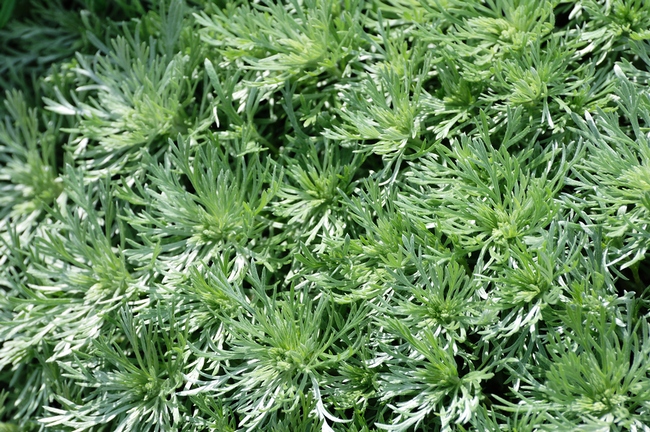 There is new research coming to light every single day that puts into question why there are only two approved treatments for cancer; radiation and chemotherapy. We are fast approaching time when the medical community is going to be forced to open themselves up to the new (or old but unapproved) options for killing cancer. For example, scientists have found that chemotherapy does not kill cancer but only fuels it and generally kills the patient in the end, but still, even armed with this information, nothing has changed.

Perhaps the emergence of a little known Chinese herb will turn things around. Studies that have been recently published in Cancer Letters, Life Sciences, and Anticancer Drugs, shows that artemisinin, which is a derivative of the wormwood plant, can kill cancer cells. In fact, this little plant can do so at an unheard of rate of 12,000 cancer cells killed for every healthy cell in the body.

The University of Washington’s research team synthesized this compound, which uses a cancer cell against itself, and makes it become its own target.  Artemisinin kills cancer cells while leaving normal cells intact, something that certainly cannot be said for chemotherapy or radiation. The research team calls this plant its Trojan horse because cancer cells believe it is a natural, harmless protein so the cancer cell picks up this compound, not knowing that there a virtual bomb inside called artemisinin.

Even though this compound has been licensed to Holley Pharmaceuticals, it still is not being offered as treatment for cancer patients as human trials are still several years in the future. When it’s ready, the team hopes that this compound can be made to help cancer patients all over the world cheaply, yet effectively.

The extract from wormwood has been used in Chinese medicine for healing purposes for centuries. Unfortunately, the actual treatment method has been lost over time but was recently rediscovered after some ancient manuscripts were uncovered, many of which described traditional medicinal remedies. Read also about cinnamon bark used in Chinese medicine to treat Parkinson’s.

By itself, this herb caused an amazing 28 percent reduction in breast cancer cells. However, when added to iron, it was capable of wiping cancer off the map! Find out the miracle of broccoli in treating breast cancer.

By using Chinese herbs, such as artemisinin, we can not only use it as an anti-malaria compound, but we can someday use it to beat cancer as well.

Artemisinin is actually FDA approved but only for the treatment of malaria. It’s been proven to be extremely effective and safe to use for that purpose. It’s also inexpensive and appears to work on all types of cancer but hasn’t yet found its way into mainstream medicine. Isn’t it time the medical community moved past surgery, chemo, and radiation and began trying to use alternative methods, such as artemisinin?