Best 10 Herbs for the Relief of Menopause Symptoms 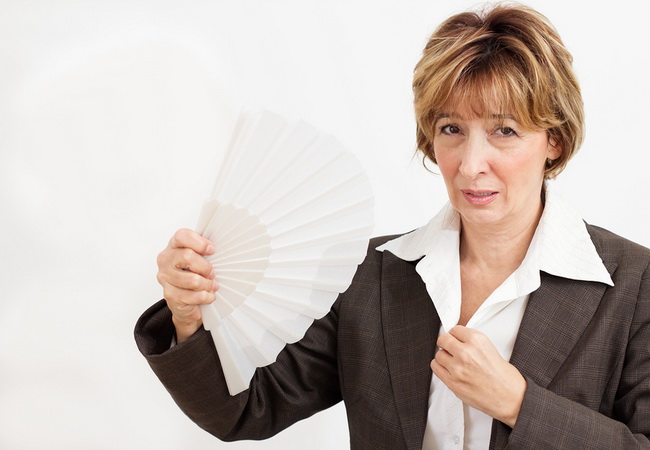 This is a subject almost every woman on earth will have to deal with in their lifetime, yet one that is often glossed over as trivial. Menopause is when women stop having monthly menstrual periods. When a woman has completed a one year cycle without a period, she is officially in menopause. This generally occurs between the ages of 40 and 50, however the symptoms of menopause can start 3 to 5 years before menopause actually occurs, and worse still, those uncomfortable symptoms of menopause don’t stop just because your period does. Many women will tell you that they have some type of menopause symptom for at least 3 and sometimes as long as 10 years.

The reason for these uncomfortable, maddening symptoms is due to a lack of estrogen, and women are not the only ones who suffer. Most men have to deal with their partner’s mood swings, lack of libido, night sweats, exhaustion, and hot flashes. Although some women have few or even no symptoms other than a spotty period, most women suffer through some type of symptoms. Some women experience symptoms so severe that it interferes with their life and needs a doctor’s intervention.

Hormone replacement therapy is what is generally recommended when women are having a difficult time coping with their menopause symptoms, however, numerous studies have shown that HRT therapy can cause breast and ovarian cancers, as well as developing a greater risk of heart disease, and stroke.

More than likely, you have some sage growing right in your herb garden. Rich in essential oils, this super fragrant herb is well known for helping to stop hot flashes and night sweats. If you have sage in your garden, you can make your own tea, sweetened with a bit of honey, or you can buy pre-made tea bags at all health food stores. Read also about the most powerful medicinal plants.

If you have been having problems with low blood pressure, or an irregular heartbeat, don’t worry, you are not alone. You should always have these problems thoroughly checked by your doctor or cardiologist first, but if they have told you that your problem is simply due to menopause, Hawthorne can help. This plant has anti-arrhythmic compounds that help control your heartbeat. It dilates the arteries which provide blood flow to the heart, lowering your risk of heart attack as well as those annoying palpitations. Hawthorne will also correct blood pressure when it is too low.

A species of vine, Mexican Wild Yam (dioscorea villosa) grows throughout North America and acts as a precursor to estrogen and progesterone. This wild yam is able to balance your hormones, helps to regulate the menstrual cycle, and relieves cramps. An article published in the National Geographic in 1992 talks about how the indigenous people of one island had a high libido and that the women had few or no menopausal symptoms, and on the island these yams are a food staple. Read more in Wikipedia.

This is a natural source of estrogen and it has been well studied for its potential to relieve muscle pain as well as vaginal dryness. A 2009 study suggests that adding soy to the diet can be almost as effective as HRT. Just be aware of GMO soy.

The root of dong quai (angelica sinensis) has been used for centuries in traditional Chinese medicine as a treatment for PMS, the regulation of periods, and the balancing of female hormones. Vitro testing shows that dong quai has compounds that can also help alleviate menopause symptoms. Dong quai is available in health food stores as a tablet, capsule, or liquid.

This herb is thought of as the gold standard for relieving menopause symptoms naturally. Black cohosh (actaea racemosa) has been used by Native American tribes to help everything from painful periods to painful childbirth to menopause symptoms. Black cohosh has been reported as being so successful at relieving the symptoms of menopause that it’s even caught the attention of the scientific community. This herb lessens the intensity of night sweats and hot flashes by balancing out hormones. It’s sometimes called black snakeroot and was actually classified as a drug from 1820 until 1926. Black cohosh is the most recommended alternative to hormone replacement therapy. 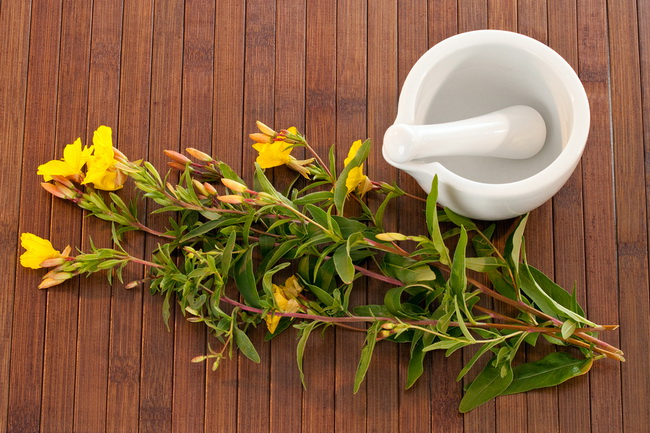 This herb is so rich in minerals and nutrients that it is sometimes called the father of all plants. It has roots that go as deep as 30 feet, so it gets nutrients and minerals deep in the earth that most other plants never even get close to absorbing. Some women claim that it can really help with menopause symptoms, especially mood swings, although there are few scientific studies to support these claims.

This is another highly effective herb that is native to North America. Evening primrose (oenothera biennis) seeds are rich in GLA (gamma linolenic acid), which is an essential fatty acid. This plant has been used since the 1930’s as a treatment for skin conditions such as allergic reactions and eczema, but it’s been used most recently to help inflammatory conditions, diabetes, even in stopping certain types of cancer. The oils from this plants seeds are said to relieve breast pain, mood swings, PMS, and night sweats. Studies show that this supplement is very effective on other types of menopause symptoms as well, including hot flashes and headaches.

Valerian has been used for hundreds of years for many different purposes. Native to Europe and Asia, the flowers were once processed for perfume in the 16th century and have a long history of being used for body aches, convulsions, headaches, migraines, and insomnia. Scientific research shows that the root of this plant has effects on the GABA neurotransmitter activity in the brain. A 1989 study shows that valerian root has very similar effects on GABA receptors in the brain as benzodiazepine drugs do. Valerian root has a history of relieving hot flashes, insomnia, anxiety attacks, and muscle tension.

SEE ALSO: Top 5 Menopause Issues and How to Fix Them

Chaste berry, sometimes called Monk’s Pepper, is native to the Mediterranean and Central Asia. It has been used historically to increase milk production and relieve menstrual problems. Women today take it as a natural alternative to hormone replacement therapy. Studies show that chaste berry can help stop PMS, breast pain, and infertility. Because it has effects on hormone levels, women who have had breast cancer or have a family history of breast cancer, should not take chaste berry.

You can also try simple lifestyle changes that are known to help many women with their menopause symptoms, such as getting some light yet regular exercise and avoiding caffeine, nicotine, and alcohol. Many women say that yoga and meditation are extremely helpful as well.

Always consult your doctor if you have any questions about taking herbal supplements or if you are already taking prescription medications.