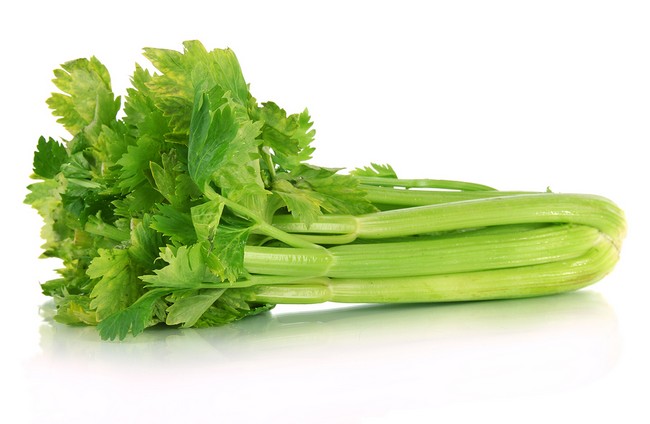 If anyone needs another reason to add more celery to your diet, new research reveals that a compound in celery shows anti-tumor activity. Celery has been shown to be very effective against several types of cancer, including liver, ovarian, pancreas, stomach, breast, and lung cancer. This compound is called apigenin, and it has been shown, in vitro, to significantly inhibit the growth of cancer cells. Although it’s true that this flavonoid is found in many fruits and vegetables, celery is a particularly rich source of apigenin.

This research was funded by both America’s National Cancer Institute and the National Natural Science Foundation of China. Researchers isolated the compound, apigenin, and then studied its effects on the growth of tumors. The team initially injected ovarian cancer cells into the ovaries of mice. The type of cancer cells they used, OVCAR-3 (ovarian epithelial), which are highly resistant to chemotherapy, and within 4 weeks of injection, all the mice had tumors.

Researchers then took an oral extract of apigenin was then given to the ice at 75mg/kg and 150mg.kg, which was between 0.025 and 0.05 percent of the total daily food intake of these mice. At the end of this study, researchers found that apigenin suppressed ovarian tumor metastasis in lung, liver, small intestine, and stomach in varying degrees. Researchers stated that apigenin offered a new view into ovarian cancer prevention and treatment.

Molecular Cancer also published a similar study that involved pancreatic cancer. The results from this test showed that apigenin stopped human pancreatic cancer cell growth in vitro and appeared to have inhibitory effects on the cell cycle progression. 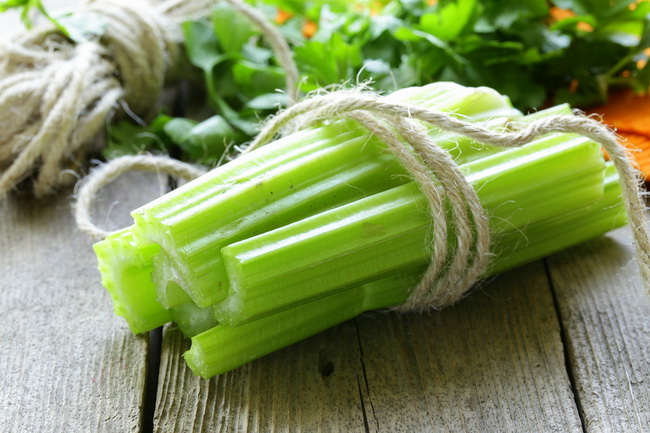 This compound also suppresses aggressive breast cancer as well. The University of Missouri scientists found that apigenin shrank breast tumors that were stimulated by progestin.

This is the first study to show that apigenin, which naturally occurs in many foods, is effective against breast cancer cells that are influenced by progestin, a common chemical used in hormone replacement therapy.

Pancreatic cancer is another very aggressive cancer that shows almost no symptoms until it is very advanced. With a five year survival rate of only 6 percent, it is the 4th leading cause of cancer related deaths in the country. The University of Illinois found that apigenin and luteolin, compounds found in celery and other vegetables, inhibited the growth of cancer cells and this lead to an increase in cancer cell death, or apoptosis, in lab studies. This study was done by Jodee Johnson and Elvira Gonzalez de Mejia and published in Molecular Nutrition and Food Research August 14, 2013.

One reason for the effectiveness of these compounds is most likely in their antioxidant compounds. It’s unknown if you someone can consume enough veggies to affect their cancer, but one thing is certain, it certainly won’t hurt you.

Human clinical trials will be difficult, however, as apigenin is easily extracted from natural plants, so pharmaceutical companies won’t profit from this treatment, therefore, they don’t want to spend money on research into something that most people will simply grow in their own backyard gardens. Read more what the cancer industry doesn’t want you to know.

Well, we don’t have to wait for pharmaceutical companies to do any further studies. We can simply enjoy celery and other veggies more often, knowing that we are getting all the health benefits it can offer without paying anyone for anything more than seeds. Or we can enjoy the flavor of freshly squeezed juice for immediate bioavailability and prevent disease at the same time. Always be sure you are getting organic celery as conventional celery has one of the highest pesticide rates and this veggie always shows up on the dirty dozen list.

Besides celery, you can also find this compound in artichokes, parsley, and Mexican oregano.