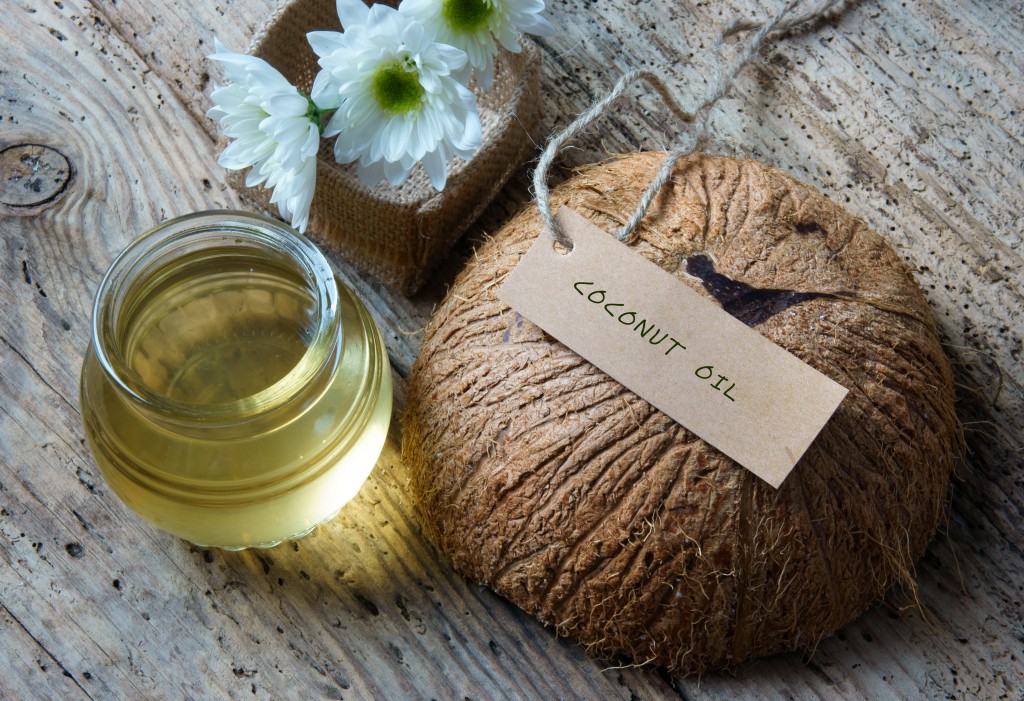 Every part of the body loses its strength and vitality with time, and the brain is no exception. Alzheimer’s disease, a neurodegenerative condition in which brain functions like memory and concentration begin to fade, is one of the most dreaded health conditions associated with aging. Age-related cognitive decline is something far too many of us simply accept as an inevitable part of aging.

The truth is that we have the ability to prevent and even reverse Alzheimer’s disease to a certain degree by providing our brain with the fuel it needs to function properly. In this article you’ll learn how coconut oil, a common household ingredient used all over the world, may be the key to defending against the scourge of Alzheimer’s disease.

What is coconut oil?

Now, when many people hear the world “oil,” they immediately think “fattening and unhealthy.” In the case of many polyunsaturated cooking oils, that is indeed the case. Vegetable oil, canola oil, peanut oil, and other similar items are actually very bad for you, despite the fact that they have been marketed for decades as healthy alternatives to butter.

There are, however, natural oils that are exceptionally healthy, and coconut oil is one. While coconut oil is composed primarily of fat, not all fat is bad. The fat found in coconut oil consists of heart-healthy medium chain triglycerides, or MCTs, which are also very beneficial for brain health.

Coconut oil also helps increase your body’s levels of healthy high-density lipoprotein (HDL) cholesterol, while reducing your levels of harmful low-density cholesterol. It is also great for your skin and hair and has natural antimicrobial and antiviral properties which are quite beneficial … But those are outside the scope of this discussion.

How does coconut oil help with Alzheimer’s disease?

The ability of coconut oil to defend against neurodegenerative disease has to do with something called ketones.

The human brain is quite an energy hog. It uses about 20 percent of the calories consumed in a typical day, more than any other single organ or body part. Have you ever found it difficult to concentrate or think clearly if you’re very hungry, or if you’ve only eaten unhealthy, sugary foods? Believe it or not, this is related to the cause of dementia.

A phenomenon called “brain starvation” occurs when the brain does not get adequate levels of the nutrients it requires to function properly. The grey matter of the brain requires fatty acids to nourish itself. This is where those ketones mentioned above come into play. Ketone bodies are created when the body breaks down fat molecules for energy. These ketone bodies are the ideal source of energy for brain cells, and when you consume coconut oil, your body produces a heck of a lot of them.

One story that has gained a lot of publicity is that of a woman whose 88-year-old mother was diagnosed with Stage 6 Alzheimer’s, a very advanced form of the disease. When she gave her mother coconut oil with her meals, she experienced a great improvement in her working memory, as well as improved blood sugar levels.

You may be thinking, “Anecdotal evidence is all good and well, but are there any serious scientific studies that back this up?” Indeed, there are.

A clinical trial conducted in Spain in 2015 found that coconut oil could indeed make a difference in the lives of elderly patients afflicted with Alzheimer’s disease. The trial was held to determine whether or not supplementing with coconut oil could improve cognition, which was determined by measuring scores on cognitive tests taken before and after the trial on both the control and intervention groups. The trial involved participants between the ages of 65 and 85 and lasted for 21 days.

The intervention group received 40 milliliters of coconut oil (approximately 2.7 tablespoons) each day with their regular diets. After the patients in both groups took the second cognitive scoring test at the end of the 21 days, the group that had received coconut oil showed significantly improved scores.

It would be an exaggeration to say this is a “cure for Alzheimer’s disease,” but this is a huge breakthrough, and its welcome news for patients and their families. Consuming coconut oil regularly over the course of your life, as well as other brain-healthy foods such as those found in the MIND diet, can also drastically lower your chances of ever developing Alzheimer’s disease in the first place. Like the old saying goes: An ounce of prevention is worth a pound of cure.

READ ALSO: How To Use Olive Oil As Medicine

No matter how old you are, you can benefit from adding more coconut oil to your diet. It truly is one of those superfoods that, unless you have an allergy, you’d be foolish to disregard. Pick some up today, and you’ll be able to look back on your life with clarity in old age.