Chamomile Tea Lowers The Risk Of One Very Big Cancer 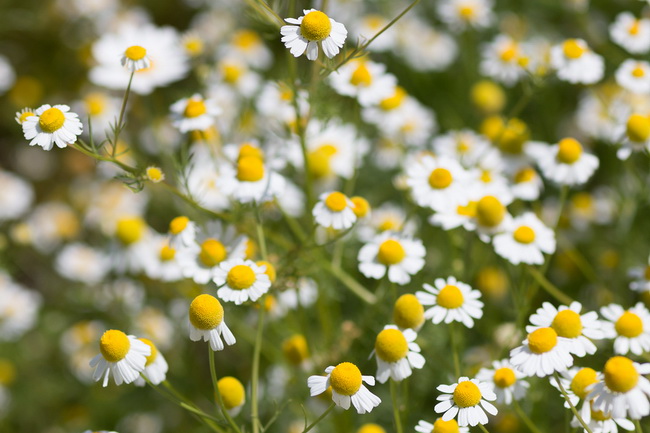 The scientists involved in this study believe that the reduced risk of thyroid cancer comes from one of the active ingredients in chamomile called apigenin, which has been shown in other studies to have anti-cancer activity.  Apigenin can be found in many foods including celery, fruit, parsley, and more vegetables. Studies involving animals found that apigenin slowed cancer growth and shrank cancerous tumors.  In one study, mice that had been injected with a type of very fast growing type of breast cancer cells saw their cancerous growth slow and tumors get smaller after being given an extract containing apigenin.

The blood vessels that were feeding these tumors also shrank considerably, which restricted the nutrient flow to these tumor cells, essentially starving them to death. Another study involving rats and breast cancer were also found to develop fewer tumors and delays in tumor formation after these rats were given apigenin.

In 2013, another study found that apigenin was able to stop breast cancer cells from inhibiting their own death. Apigenin was found to bind to more than 160 proteins in the human body, which, unlike many pharmaceutical drugs that have only one target, means apigenin can have very far-reaching effects when it comes to human health.

In Germany, chamomile tea is approved for use to reduce swelling, stomach cramps, and as a sleep aide.

This is a breakthrough study as it shows, for the first time, that the consumption of herbal tea and a lower risk of disease is not only a belief, but a fact.  This is also the first study which shows that chamomile tea can greatly reduce the risk of thyroid cancer in humans, rather than simply a means of relief from insomnia.

Herbal teas, such as chamomile, have many beneficial compounds such as flavonoids and polyphenols, along with antioxidant and anti-inflammatory compounds.

Related Posts
cancerdrinkhealth benefits
Help Us Spread The Word!
Like Us On Facebook To Stay Updated!
I'm already a Naturalon fan, don't show this box again.