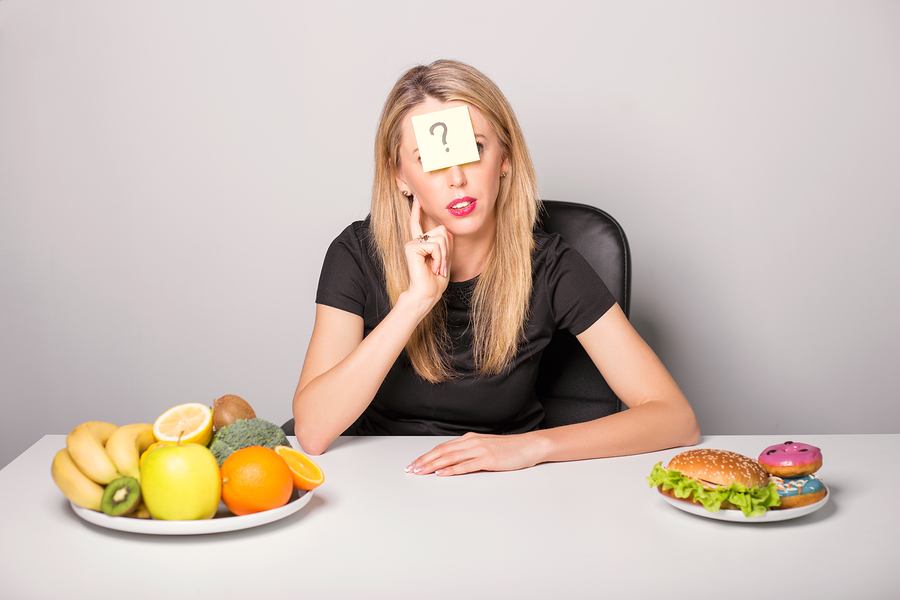 Remember the food pyramid? If you grew up in the United States during the 1980s or 90s, there’s a good chance you saw a diagram depicting the essential food groups shaped in a pyramidal format. The different “blocks” were supposed to represent how much of each food group you should be eating.

Sweets made up the smallest piece at the top, meaning you should eat them only sparingly. Below that were fruits and animal proteins, and below them were vegetables and dairy products. At the very bottom however—the foundation of the pyramid—were grains. Pastas, breads, rice, cereals, you name it.

If it was a carbohydrate, it was included here. The placing of the carbohydrate group at the bottom was significant, because it sent the message that carbs were the most fundamental and important part of the human diet. This had serious consequences.

The food pyramid also didn’t distinguish between complex and simple carbs, which led many people to think that gorging on things like white bread was healthy. Today, we know better. Taking into too many simple carbohydrates has been conclusively linked to all manner of health problems. In this article, we’ll explain why it’s so important to understand the difference between simple and complex carbs, and list some delicious replacements for simple carb ingredients so you can eat healthier and still enjoy your food.

Simple Carbs Versus Complex Carbs: Why It Matters

Let’s explain what we mean by these two definitions and why it’s so important to good nutrition. Most people might not be aware of it, but carbohydrates are actually a type of naturally occurring sugar that comes in two forms, which are differentiated by their molecular structure.

Simple carbs, also known as simple sugars, are made of short-chain carbon molecules. Simple carbs are naturally found in many types of fruits, as well as white breads and pasta, white rice, and table sugar. Because of their short-chain structure, simple carbs are broken down very quickly and raise your blood sugar levels quite rapidly. If you’ve ever experienced a sugar high after drinking a lot of soda, then you know what it feels like to experience a blood sugar spike. This is, of course, followed by a “carbo crash,” making you feel tired, lethargic and mentally foggy a few hours afterward.

The modern Western diet has way too many simple carbs, and studies have linked this to an increased risk of obesity, diabetes, cancer and more.

Complex carbs, on the other hand, don’t affect your body the same way. These carbs, also referred to as starches, have a long-chain carbon molecule structure, and take longer for your body to process. As a result, you don’t experience a rapid spike in blood sugar levels after eating them like you would with simple carbs. Complex carbs are much healthier for you, and lead to a more balanced, sustained level of energy. Foods rich in complex carbs include sweet potatoes, turnips, whole wheat bread, whole wheat pasta, legumes like beans and lentils, and certain vegetables like cauliflower and squash.

Related Posts
healthy foodhow to
Help Us Spread The Word!
Like Us On Facebook To Stay Updated!
I'm already a Naturalon fan, don't show this box again.