Eating This One Thing Will Improve Your Mood 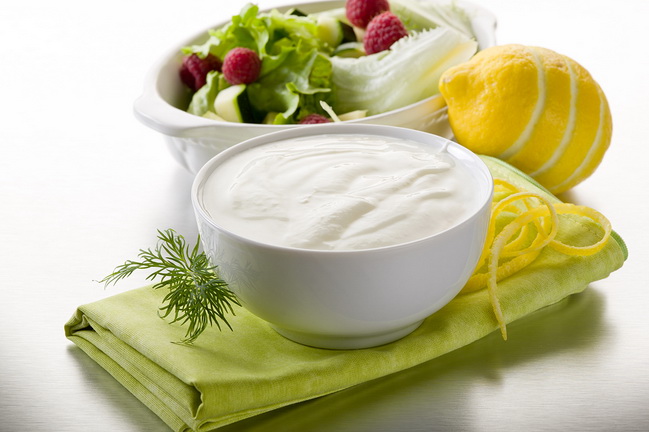 Probiotics: everyone is talking about them! You hear about them in the mainstream media, on health pages, and in health studies, all telling you that probiotics contain crucial bacteria and yeasts that will benefit your digestive system, improve your immune system, help you get better cable reception – well, OK, maybe not the last one, but you get the picture. Probiotics are the good guys that can do so many good things for your health.

The Leiden Institute of Brain and Cognition at the Leiden University in the Netherlands recently released a study that connected eating more probiotics and an improved mood. Scientists suggest that probiotics can be a good way to fight depression, anxiety, or just plain old make you feel better after you have had a crappy day.

Probiotics are known to help with irritable bowel syndrome, infections diarrhea, some skin conditions, and even oral health. These healthy little guys are often found in Greek yogurts and supplements. There have been numerous studies showing how they can keep your gut flora healthy, there hasn’t been nearly enough research looking into the abilities of probiotics other than digestive related issues.

This study involved 40 healthy adults who had no known mood disorders. 20 of them were given a powdered probiotic supplement to consume every evening for a period of 4 weeks. The other 20 were given a placebo, but they believed that they were taking probiotics.

The subjects who consumed the probiotics supplements began to see improvements in their moods. They stated that they didn’t feel sad as often as those who took placebos. These same sub jects also had fewer depressive thoughts after they did experience feelings of sadness.

The results of this study provide the first evidence that the consumption of probiotics can help reduce negative thoughts and improve a person’s mood.

The supplement that the subjects in this study took contained eight types of bacteria such as lactobacillus, lactococcus, and bifidobacterium.

Another study, conducted by the UCLA School of Medicine found that those who consumed yogurt twice each day had noticeable changes in the way in which their brains responded to their environment.

This was a small study that involved 36 women between the ages of 18 and 53. They were divided into three groups. Group 1 ate yogurt with live bacterial cultures containing probiotics, twice each day for 4 weeks. Group two ate a dairy product with no live bacteria and group 3 received no dairy products at all.

Researchers conducted MRI brain scans both before and after the study on these subjects. The women were then asked to match a series of angry or fearful faces on a computer while their brains were being scanned.

The results showed that during their matching task, the group that ate probiotic filled yogurt had reduced activity in the brain, including the somatosensory cortex, which receives sensory information.

As a result of this study, scientists are hopeful that one day probiotics could pay a vital role in helping patients with mood disorders that cause them pain and emotional upset.