One Popular Herb Is Just As Effective As Tamiflu

Chances are you have taken this herb during the cold or flu season since it is one of the most popular herbal remedies sold today. Echinacea has been used for hundreds of years by the Native Americans for all sorts of upper respiratory problems, and although it is not a cure, most people take this herb to help lessen their symptoms.

Although there have been conflicting reports on just how well Echinacea works, a recent study  has shown that Echinacea can work just as effectively as the over-the-counter drug Tamiflu when it comes to shortening the duration of the flu.

A new study published in April 2015 in the journal Current Therapeutic Research showed that an herbal blend of concentrated root extract from the Echinacea plant had a very powerful effect on both the cold and flu virus. Scientists wanted to compare this herbal extract to Tamiflu. This study involved 500 people who had flu-like symptoms. Participants were randomly given either an Echinacea extract or Tamiflu (oseltamivir). Following the administration of the two therapies, statistical analysis showed that there was no significant difference between the groups, and that those taking the Echinacea extract had the same reduction in symptoms as well as a lesser duration of symptoms as the group that consumed Tamiflu.

One of the main problems with Tamiflu, as with all chemical or synthetic medications, is that it has a higher risk factor for unpleasant side effects when compared to herbal preparations.  Although herbs are not 100 percent risk-free, the risk-to-benefit ratio is far lower when you are dealing with a natural plant material than any synthetic drug on the market. Common side effects with Tamiflu include insomnia, nausea, dizziness, vomiting, and red eyes. 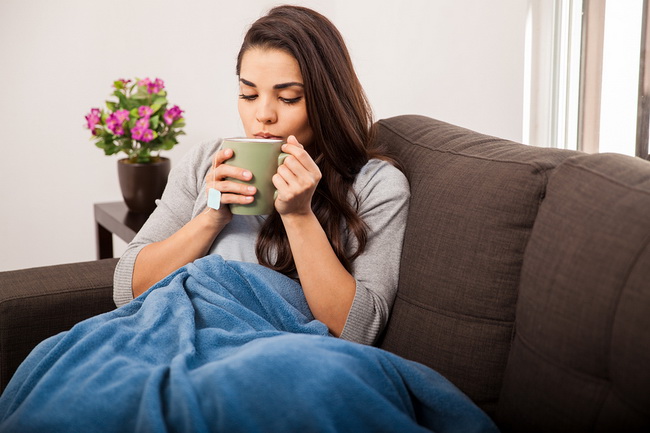 So it is no wonder that the rate of complications for those who consumed Echinacea was only 2.46 percent, and those who consumed Tamiflu had a 6.5 percent complication rate. Echinacea has fewer side effects, most notably in the areas of vomiting and nausea. Some subjects who were consuming Tamiflu had to drop out of the program due to very unpleasant gastrointestinal side effects. There were no dropouts and almost no complaints among those taking the Echinacea.

Although we know it by the name Echinacea, it also goes by other names such as Sampson root, purple cone flower, Black Sampson, and red sunflower. Echinacea grows easily in most locations and self-seeds, so you should only have to plant it once to have it return to your garden again and again, as long as you don’t overharvest it. You can dry and use the flowers, leaves, and roots as a tincture or as a tea. Others prefer to take this herb in a supplement form.

Of course, one of the best ways you can reduce your likelihood of developing the flu or a cold is to simply spend time in the sun. UV light from the sun is a powerful antiviral, and it can help stimulate the production of immune-boosting vitamin D. Of course, numerous studies have also shown that getting enough sleep is important, both for beating the flu as well as for reducing your chances of getting the flu. You should also increase your consumption of foods that are rich in antioxidants such with a wide variety of vegetables and plenty of berries, which are vital for supporting a healthy immune system. Exercise is also an important factor for a strong immune system, so be certain to get at least 30 minutes of exercise most days, no matter the weather.

An analysis of more than 14 studies in 2007 found that Echinacea reduced the duration of the common cold by almost two days and that those who took it before they were sick were 58 percent less likely to contract a cold or the influenza virus in the first place.

The bottom line here is that taking Echinacea might help prevent you from becoming sick this winter, and if you should get the flu, this herbal extract will cut your illness short with fewer symptoms, and you shouldn’t have any unwanted  side effects like you might have with Tamiflu.

Related Posts
benefitscold and fluherbs
Help Us Spread The Word!
Like Us On Facebook To Stay Updated!
I'm already a Naturalon fan, don't show this box again.