Email
Home   >   Health News   >   Plague Outbreak In Colorado — Could Your State Be Next? What You Must Know

Plague Outbreak In Colorado — Could Your State Be Next? What You Must Know 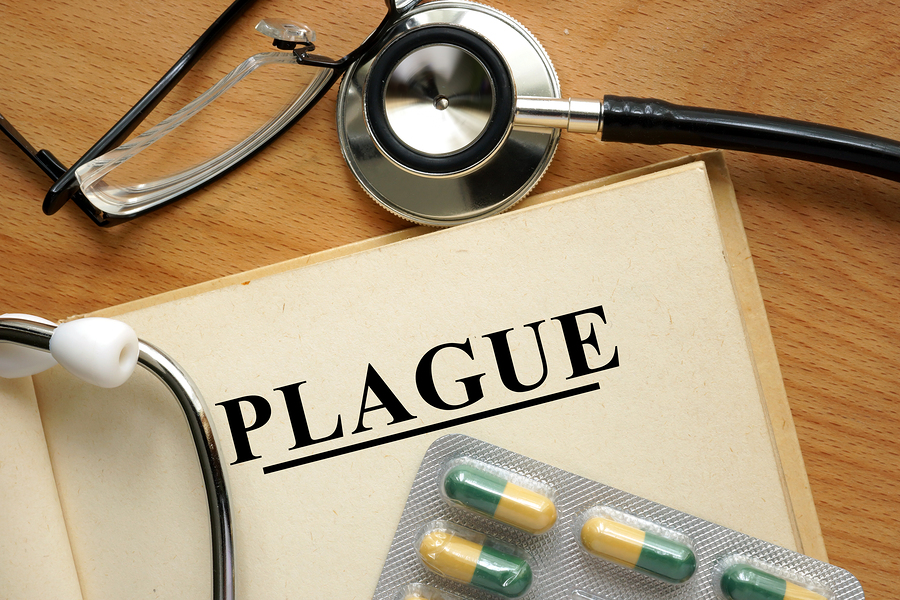 The plague, sometimes called the Black Death, is something most people believe died off in the Middle Ages. Nothing could be further from the truth!

A high school student in Colorado died from this terrible disease in early June 2015. He is the first person to become infected in this state since 1999.

Although it is true that the plague is nowhere near as common as it used to be, it is far from being obliterated.

Taylor Gaes, a 16-year-old sophomore, believed that he had the flu after he came down with a fever and muscle aches. In fact, it was only after his death that his parents learned the truth: Taylor had died from septicemic plague.

Taylor’s symptoms were misinterpreted, and this happens frequently. Plague and rabies are two diseases that most people would never even have on their radar when someone gets sick. We think of these diseases as being things of the past, but these killer diseases are still right here with us.

In its early stages, it is very hard to distinguish plague from many other, more common, illnesses. There are also several forms of plague. The type that Taylor had was particularly difficult to recognize.

With bubonic plague, there are swollen lymph nodes that turn black. This is a very dramatic and obvious sign that most doctors would recognize instantly. However, septicemic plague or pneumonic plague looks like many other common respiratory illnesses, such as bronchitis or the flu.

Both doctors as well as veterinarians should always be on the lookout and not be afraid to test for this disease, especially those who work in places where the plague tends to be more prolific, such as California, New Mexico, Arizona, and Colorado. Doctors can test for the bacteria with a body fluid culture, such as saliva or blood.

It is unknown exactly how Taylor contracted the plague. It could have been from a flea on a dead rodent or some other animal he found on his parent’s property and never reported to his parents. There is an ongoing investigation into his death and how he might have contracted this disease.

Two days after experiencing flu-like symptoms, Taylor’s symptoms were so intense that he left a baseball game early, something he never would have done unless he was seriously ill. However, the next morning, he stated that he felt better and even stayed up late that night watching comedy shows on television with his father. It was early in the morning on June 8th that Taylor began coughing up blood. Although his parents rushed him to the emergency room, he died before they arrived.

If left untreated, septicemic plague harms the body’s major organs. Coughing up blood was a terminal sign that the disease had spread to his lungs, and his breathing was seriously compromised at that point, doctors said.

This state is no stranger to the plague, however. In the summer of 2014, a man who owned a dog came down with pneumonic plague after his dog contracted the disease from fleas. Three others also became infected. All four people recovered, but doctors misdiagnosed the condition in three of these people. The fourth subject chose to self-medicate with antibiotics without really knowing why she was sick. The vet who euthanized the two-year-old pit bull became infected and, in turn, infected two others. A fourth person many have caught pneumonic plague from the dog’s owner, but this remains unclear If she did, this was the first human-to-human transmission of plague in almost 90 years.

There are, on average, seven cases of the plague striking humans each year in the US. The Centers for Disease Control state that fatalities are rare, however. The important thing to remember is that this does happen, and people do become infected.

This particular outbreak started when the dog’s owner developed a high fever and began to cough up blood. Tests revealed that he had pseudomonas luteal, a type of pneumonia. However, some doctors were skeptical and ran another test. This second test confirmed that he had pneumonic plague. The man recovered after spending 28 days in the hospital and being treated with wide spectrum antibiotics.

You can avoid this deadly disease by avoiding fleas as much as possible. When hiking, wear long-sleeved shirts and pants. Never touch dead animals, especially wild animals like squirrels or raccoons. Be aware that infected cats often look sick and usually have swelling or sores around the neck, head, and/or mouth. Dogs and cats that go outdoors can come into contact with infected fleas, which is why it is important to practice flea control on your pets.

Although plague has few symptoms in its early stages, look for fever, chills, swollen lymph nodes, extreme exhaustion, severe headaches, and a general feeling of not being well. Septicemic plague causes the skin and tissue to turn black and die, especially on the nose, toes, and fingers.

Pneumonic plague kills 93 percent of its victims without treatment. There were 74 reported cases of pneumonic plague in America between the years of 1900 and 2012, but consider that, especially in earlier times, many people could have died from pneumonic plague. Their deaths went unreported, as doctors believed they had plain pneumonia. So while plague appears to be fairly rare in the US, it does still occur and this disease does still kill. Please keep in mind that plague cannot be killed with natural treatments. We don’t generally advocate the use of antibiotics unless absolutely necessary. This is one case where antibiotics are a life-saving measure that is absolutely necessary.

If you or one of your loved ones should become ill with these symptoms, and you have had contact with fleas, wild animals, or believe you were in contact with a sick dog or cat, see your doctor immediately. Tell them about your suspicion, especially if you live in one of the affected states. Better safe than sorry. A simple test will set everyone’s mind at ease.