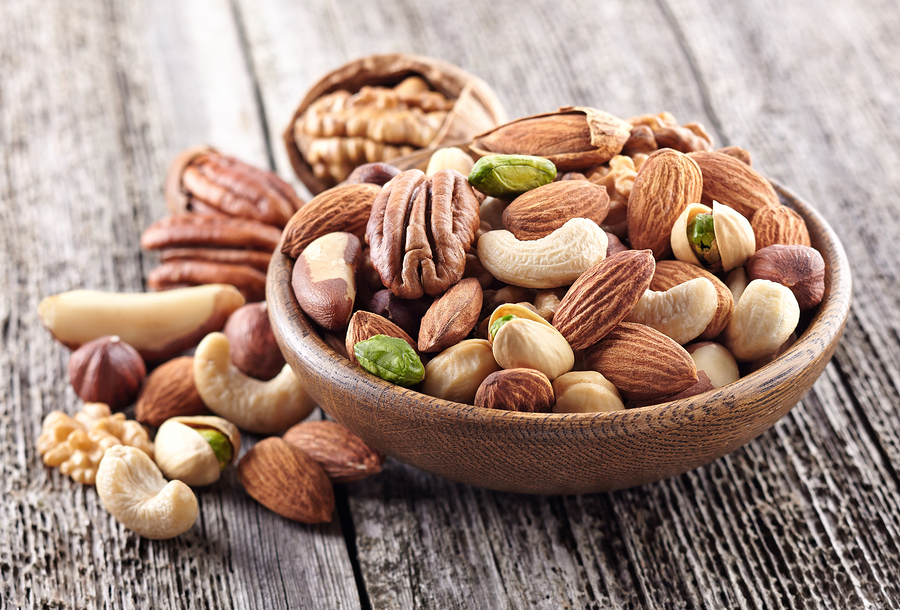 Nuts are an effective tool for weight loss programs

While they are not necessarily a low-calorie food, participants of a weight loss study found that those who ate nuts on a regular basis realized an average loss of 2 inches around their waist which was more than those who consumed olive oil. Pistachios are a great food for those trying to drop a few pounds. Also, people who included almonds in their daily regime lost almost three times more weight than those who did not eat almonds.

Pistachios have been proven to reduce triglycerides in those with diabetes and people who were overweight. The 12-week clinical showed that the obese people had a triglycerides level that was 33% lower than the other groups. Almonds and hazelnuts were proven to lower the LDL cholesterol as well as reduce the total cholesterol level and increase the good cholesterol levels (HDL). Other similar studies found that an ounce of peanuts, walnuts, and pine nuts combined together and consumed daily for six weeks lowered all cholesterol levels. The lowered all levels except the good levels in women who suffered from metabolic syndrome. An additional clinical showed that macadamia nuts were as effective in lowering cholesterol levels as following a low-fat diet.

When it comes to type 2 diabetes and metabolic syndrome, nuts have proven themselves to be a major benefit for those with either disease. They are a low carb food so they fit right into a low-glycemic diet. They don’t raise blood sugar levels and actually contribute to reducing them. A clinical study showed that those who ate 25 grams of pistachios two times per day enjoyed a 9 percent reduction in their fasting blood sugar. The group also found lower blood pressure levels and CRP, or the C-reactive protein, which is a precursor to heart problems.